Nunez trains with Liverpool ahead of Crystal Palace friendly

Liverpool star Roberto Firmino has already offered his services to his club as contract talks continue. With Sadio Mane leaving and Mohamed Salah’s negotiations stretching out over the course of the year, it is quite the refreshing view for the Reds.

Liverpool star Firmino has given his club an alternative situation when dealing with contracts as opposed to his striker buddies Mane and Salah – where very different outcomes went ahead.

After telling the Reds that he did not want to sign a new deal, that saw Bayern Munich swoop in for Mane. As a result, they were able to sign the Senegal international for a relative bargain at £35million – way below what Liverpool would have asked if his contract was not set to expire next year.

It means that Jurgen Klopp will be without his tremendous trio next season no matter what now – which was the bedrock for his success at the club. It will be some ask to replace Mane, though they have their man in Darwin Nunez to do his best. 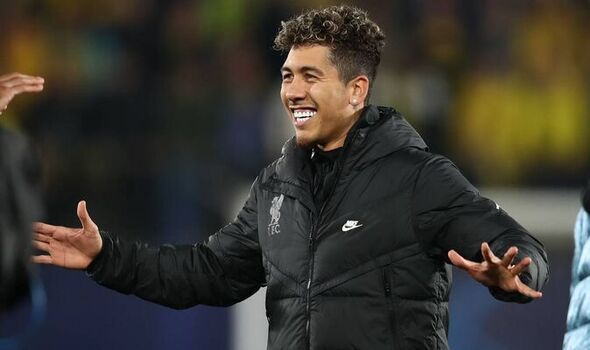 Salah, on the other hand, has decided to stick around after all – penning a new contract this summer to put to bed speculation that he could leave. But only after over a year of negotiating that saw bickering from both sides – not least from the Egyptian’s agent, who made several cryptic tweets seemingly aimed at Liverpool.

The ends have justified the means but this was not an easy contract renewal by any stretch of the imagination and took many talks before an agreement was finally clinched. So it must be a sigh of relief to hear Firmino’s comments on a new deal, which is set to expire next year.

Back in May, the Brazilian said: “I’m very happy here. I’m grateful to God to be here playing at a great club with great players, winning titles, and my wish is to stay.

It means that Liverpool are set for an easier round of talks when it comes to sitting down with Firmino and his representatives this summer. However, negotiations have yet to go ahead despite all parties willing to do so.

It is in both of their interests to renew a deal as soon as possible as the striker sees his terms dwindle day by day. Liverpool will not want to lose two-thirds of their devastating attack in one transfer window having already seen Mane depart.

Similarly, there are few clubs that could match Firmino’s wage and ambition – though there are suggestions that Bayern Munich could be an option after losing Robert Lewandowski. Nevertheless, at Anfield HQ, they will find that dealing with the Brazil international will come as a sigh of relief after their Mane and Salah debacles.