Andy Robertson has refused to give up in the Premier League title race after his Liverpool side trimmed the gap down to nine points on leaders Manchester City.

The Reds looked sharp on Thursday night, as a Diogo Jota strike in each half secured a comfortable and well deserved 2-0 victory over Leicester City at Anfield.

Jurgen Klopp’s side were boosted by the return of Mohamed Salah from the Africa Cup of Nations, with the Egyptian coming off the bench in the second half, while also handing a Premier League debut to January arrival Luis Diaz from Porto. 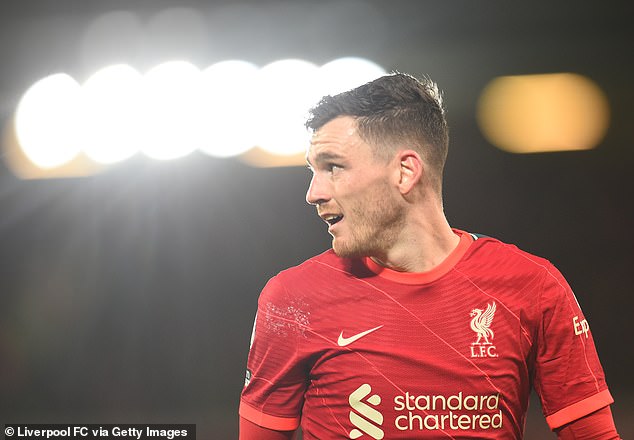 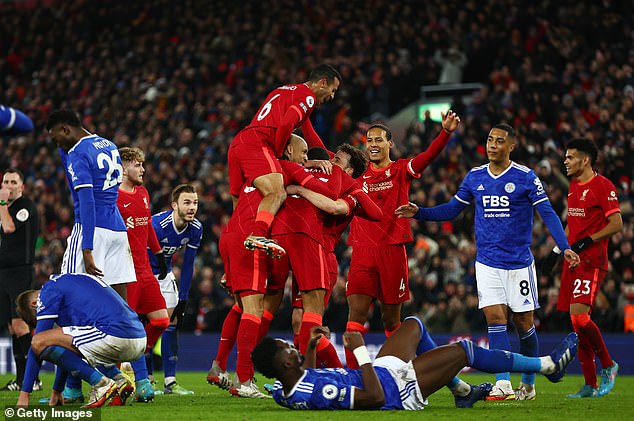 Robertson refused to get carried away with talks of reeling in City, insisting that his side just had to keep winning to keep in touching distance of the defending champions.

‘The only way we can answer the questions is by getting results,’ Robertson told BT Sport.

‘The gap is still too big. We just have to keep putting pressure on them. We have to look after ourselves. It will be an exciting run-in hopefully as we are still fighting in four competitions.’ 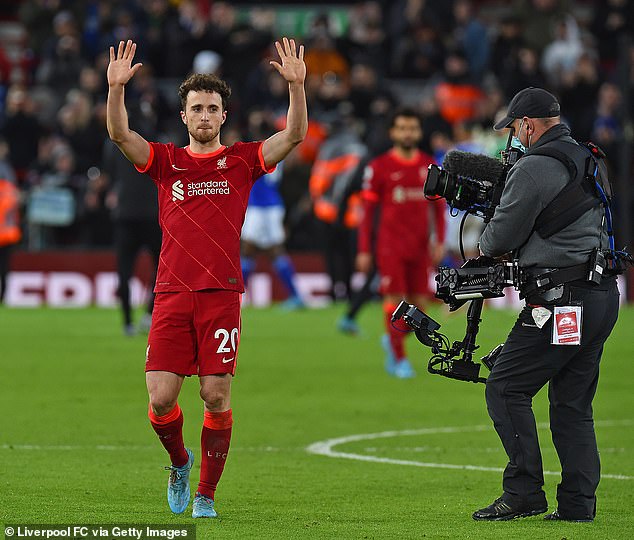 ‘We’ll keep pushing each other and putting pressure on each other.’

The defender also praised the performance of Jota who took his recent goals tally to five goals from just four games in the clash at Anfield, demonstrating his fine form.

‘It is never comfortable against Leicester. But we took our chances at the right time,’ Robertson added.

‘When you have people playing like Diogo Jota playing with that confidence you always believe they can score goals. He put two away and he’s on fire right now. It was an important win for us, a clean sheet and two goals. We move on now.’

Robertson was also keen to praise the impact Diaz had made on his first Premier League appearance, with the forward looking lively from as early as the first minute.

The Scotland international admits he has already impressed in training and will compliment a Liverpool attack that is set to get even stronger when Sadio Mane is back from AFCON duty. 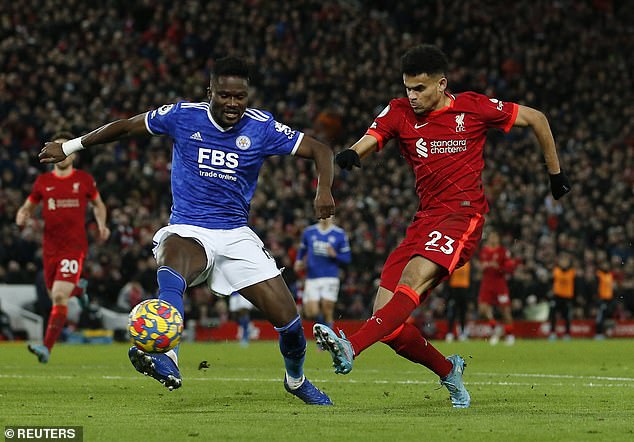 ‘We just need to let (Diaz) bed in but for his first start I thought he was excellent,’ Robertson continued.

‘In his first training session I saw him flying about and I thought ‘he’ll be OK here!’ I think the crowd really took to him. My Spanish isn’t great but we made it work today.

‘My partnership with Sadio Mane has been great over the last five years so he’ll come back full of confidence after winning AFCON but we have options now. We have competition all over the park.’