Liverpool’s plans for the summer transfer window took a blow after the club’s financial accounts revealed a loss of £46million. The Reds have released their books for the year up to May 31, 2020, with the impact of the coronavirus pandemic laid bare.

The accounts, which were filed at Companies House this morning, only cover the first two and a half months of the pandemic, meaning the next set of results are expected to be much worse.

The Premier League was suspended from mid-March 2020 in the midst of the first wave of infections in the UK and only returned behind closed doors in June.

However, that relatively short period from March to June 2020 contributed to Liverpool’s media revenue falling by £59m to £202m, matchday revenue dropping by £13m to £71m and overall revenue tumbling by £43m to £490m.

All of those figures contributed to a top-line figure of £46m lost before tax, with the Liverpool Echo estimating that the accounts covering the following year – and a full 12 months played behind closed doors – could cost the club in excess of £120m.

However, Liverpool did manage to limit the impact with eight new commercial partnerships helping to increase commercial revenue by £29m to £217m. 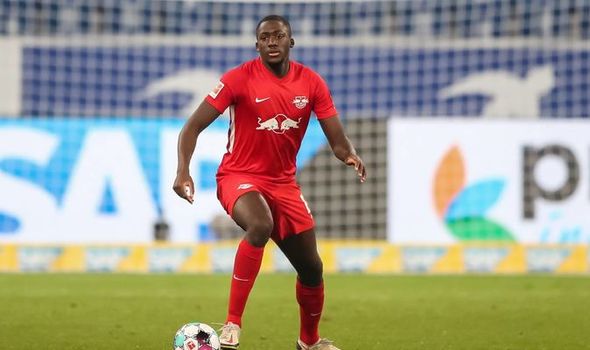 Liverpool’s managing director Andy Hughes said: “This financial reporting period was up to May 2020, so approaching a year ago now. It does, however, begin to demonstrate the initial financial impact of the pandemic and the significant reductions in key revenue streams.

“We were in a solid financial position prior to the pandemic and since this reporting period we have continued to manage our costs effectively and navigate our way through such an unprecedented period.”

The Reds’ financial struggles were evident in the January transfer window, when the club was forced to sign Schalke’s Ozan Kabak and Preston’s Ben Davies on cut-price deals to cover for their injuries in central defence.

Having made a poor defence of their Premier League title, Jurgen Klopp’s side will be keen to strengthen their playing squad in the summer transfer window.

Liverpool are currently in sixth place, four points off the top four, following their 1-1 draw against Newcastle on Saturday and are struggling just to qualify for next year’s Champions League.

Klopp’s side are keen to recruit a new central defender after the long-term injuries to Virgil van Dijk, Joe Gomez and Joel Matip left them desperately short this season.

A £34m deal for RB Leipzig’s Ibrahima Konate is reportedly in the works, while Liverpool could also sign Kabak permanently from Schalke for around £18m.

If those deals do go through – and they appear to be necessary, given the weakness in central defence – then the current financial situation could mean there is little left over for other signings.

Liverpool’s struggles in attack were there for all to see against Newcastle on Saturday, but moves for world-class strikers like Paris Saint-Germain’s Kylian Mbappe or Borussia Dortmund’s Erling Haaland could be out of the club’s reach.

Tags: autoplay_video, Liverpool, Premi
You may also like
Latest Posts