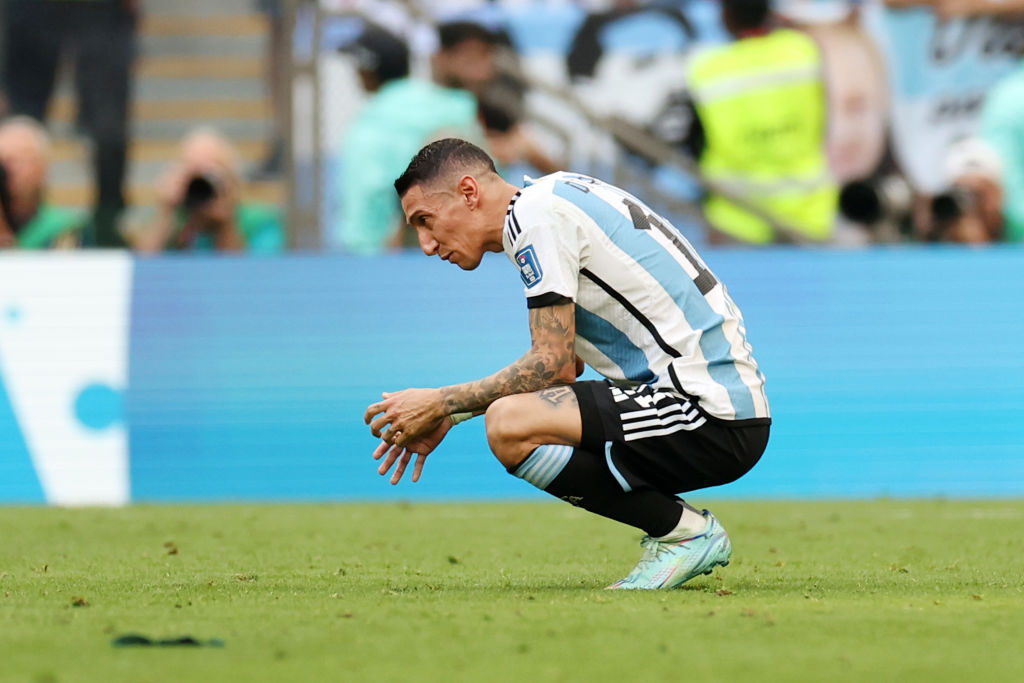 Lionel Messi’s first-half opener from the penalty spot was wiped out after strikes from Saleh Al-Shehri and Salem Al Dawsari early in the second-half as Saudi Arabia secured one of the biggest upsets in World Cup history.

Argentina, who had three first-half goals ruled out for offside, laboured against their fiercely competitive opponents with former the United skipper condemning the lack of fight in Lionel Scaloni’s side.

He told ITV: ‘There is no aggression, there are bodies there but you have to go and attack the ball, there is no composure, they have lost their heads. Look at Di Maria here! Di Maria, my God.’

Keane also tore into Argentina’s decision-making as they chased an equaliser in vain with Di Maria again coming in for criticism.

‘They [Saudi Arabia] had something to hold onto by this point, when they go 2-1 up they are looking at Argentina going, “Listen, this is a long way back for you”.

‘They needed quality but they didn’t show that quality. Di Maria, decision making… they get into one or two positions, they were hesitant, Saudi Arabia were getting bodies on the line, they were fantastic.

‘But Argentina have got to do better. Saudi Arabia were aggressive, they were big and strong, had a bit of luck as you need, the goalkeeper did very well but the quality from Argentina was poor.’

Keane continued: ‘Saudi Arabia said, “Listen if you want a street fight we are ready for it.” They didn’t even want that.

‘They were depending on their quality and even that wasn’t at it. This desire and fight we always talk about with Argentina, it wasn’t there.

‘But if you start a game slowly like they did, I know they went one up, but you can’t get momentum into the game. They weren’t a team today. It is a huge setback for them.’

Argentina will hope to regroup when they take on Mexico on Saturday night with their final group game against Poland next Wednesday.