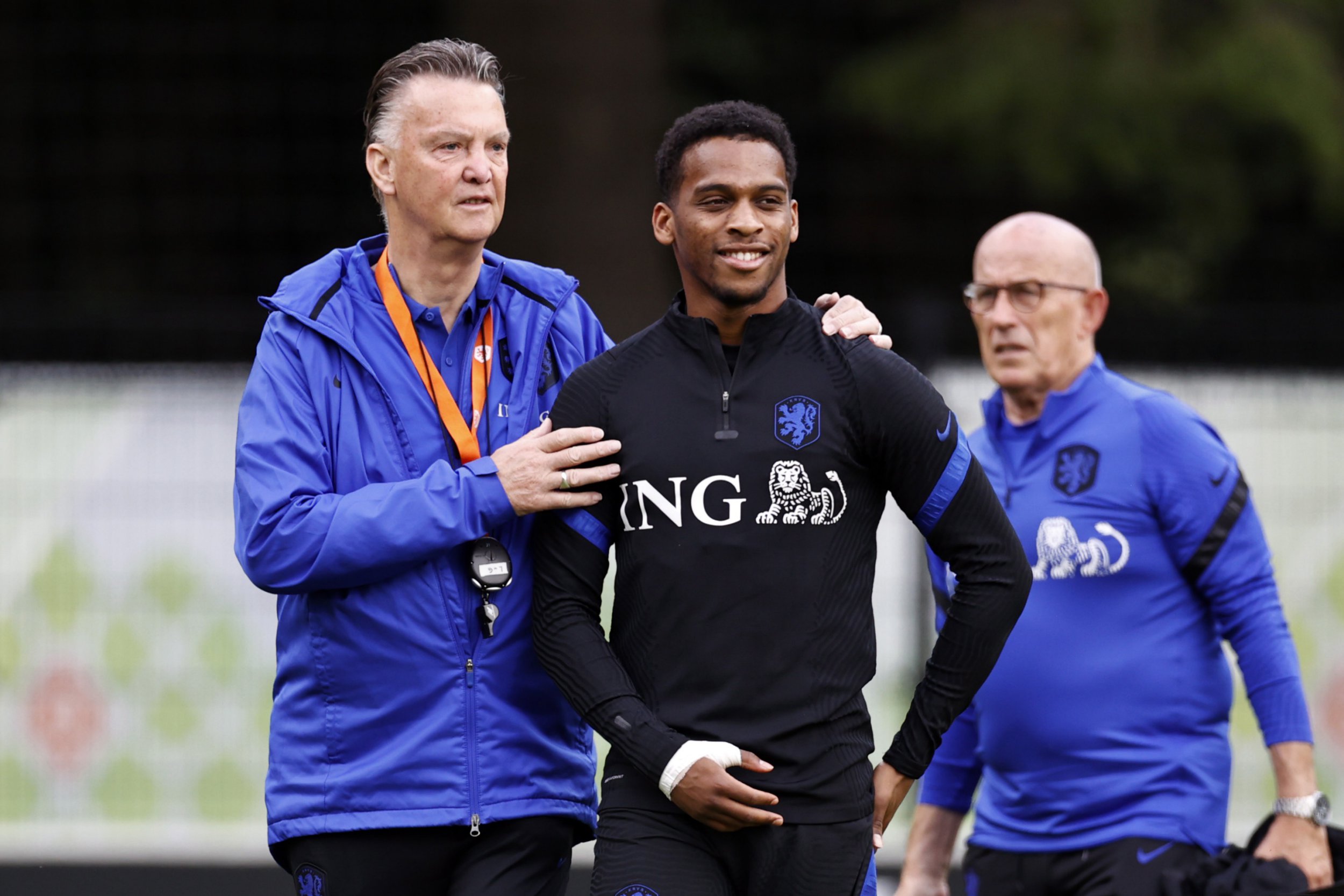 The 21-year-old is regarded as one of the brightest prospects in the Eredivisie and Erik ten Hag was keen to bring the centre-back with him from Ajax to Old Trafford.

However, Dutch journalist Marcel van der Kraan has revealed that former United boss Van Gaal, who now manages Netherlands, made it clear to Timber that he should stay at Ajax for another season.

Timber’s representatives have already held talks with United but a move was scuppered by Van Gaal indicating that the defender could miss out on a place in Netherlands’ World Cup squad later this year if he doesn’t get regular football at Old Trafford.

‘His agents went over to London to Manchester United’s offices two weeks ago and I think they had very good talks. Money was never a problem.

‘But then one man turned up… Louis van Gaal. [He] told the player in the Dutch camp, ‘look, if you go there, I think your chances could be limited of playing for Holland in the World Cup, three months after the season starts’.

According to Dutch newspaper De Telegraaf, the chances of Timber moving to United are ‘very small’.