Here comes the Samba showboater! With YouTube videos dedicated to Lucas Paqueta’s tricks and flicks, West Ham’s new £53m Brazilian has all the makings of a cult hero in east London

Anyone annoyed by Richarlison’s showboating for Tottenham may wish to avoid watching West Ham, for coming to the London Stadium is another Samba star with a penchant for such cheeky moments.

In September last year, Lyon were leading 3-1 against Troyes in Ligue 1. Lucas Paqueta had scored the third, and in stoppage time, he attempted a ‘rainbow flick’ — taking the ball between his feet and flicking it over the head of Giulian Biancone.

Harmless, or so he thought. Paqueta was booked for a lack of respect and a bemused Neymar took to Instagram to defend his Brazil team-mate, saying the beautiful game was dying if having fun was banned. 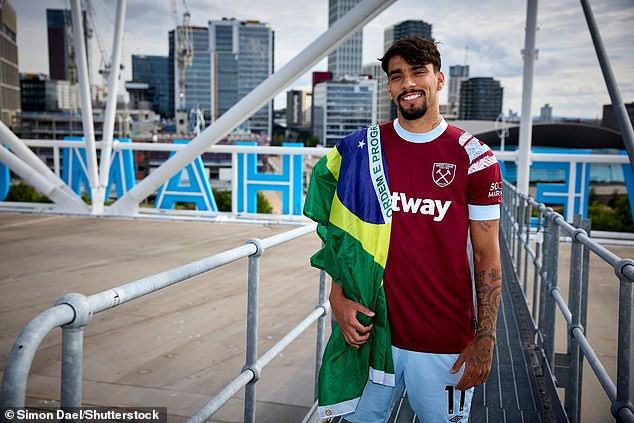 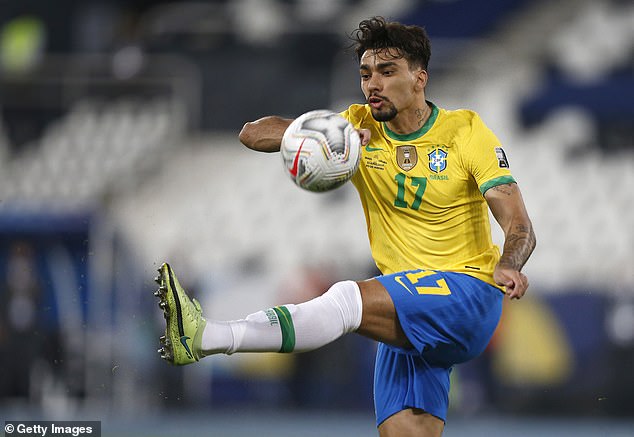 Try it in the Premier League and Paqueta may find himself flattened, like Richarlison was after his keepy-uppies at Nottingham Forest.

But this 25-year-old’s stylish skillset is what West Ham are buying for a club-record £52.7million, a fee which includes £15.9m in bonuses.

There are YouTube videos dedicated to Paqueta’s nutmegs, his close ball control, his dancing with defenders, his no-look passes, flicks and tricks.

David Moyes saw him up close in the Europa League quarter-finals last season. It was Paqueta who out-muscled Jarrod Bowen in front of the London Stadium’s technical area before playing the ball forward, a sequence which ended with Aaron Cresswell being red-carded. He is a bums-off-seats playmaker who plays primarily as a No10, but can also be used as a midfielder, a withdrawn winger or a false nine. 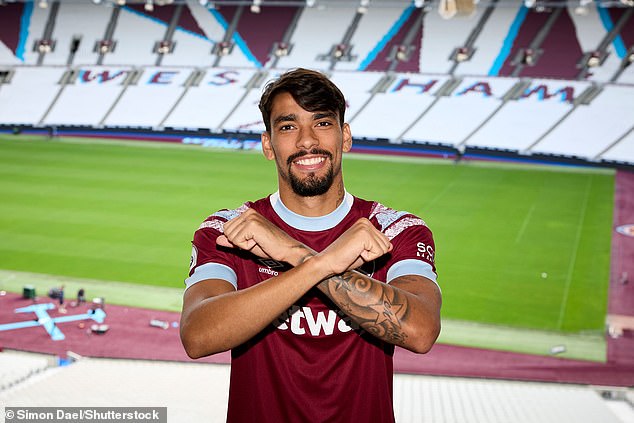 It is already being joked that, should he start alongside Declan Rice, Ben’s Original is bound to become a club sponsor, the prospect of a ‘Paqueta-Rice’ partnership will surely be too enticing for marketing executives not to pounce.

Last season, Paqueta scored nine goals and assisted six in 35 league games for Lyon. The season before, he managed nine and five in 30.

They aren’t outlandish numbers and Moyes will want to make him more clinical so that his dancing celebrations are seen more on these shores than they were in France.

But with his skillset, Paqueta has all the makings of a cult hero in waiting, much like Dimitri Payet after he signed for the Hammers seven years ago.

Lyon know he’s a loss and the club’s president Jean-Michel Aulas couldn’t resist one last dig amid his departure.

As rumours emerged that Arsenal and Tottenham were interested in hijacking the deal, Aulas said he thought Paqueta would join a ‘big club’, saying they were instead ‘forced to speak at the last minute with West Ham’. 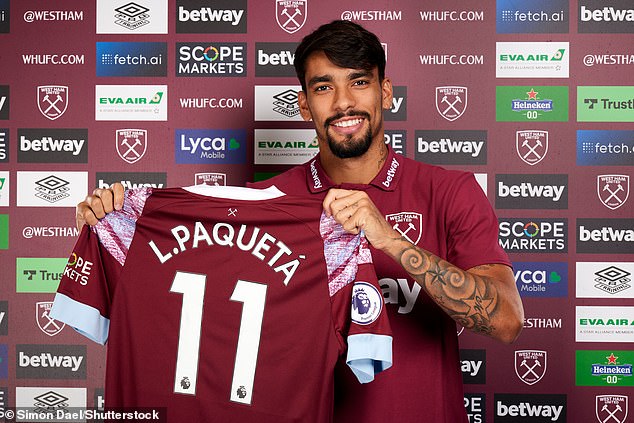 Moyes will laugh off the idea that they swooped at the 11th hour, especially as Paqueta was a name on their list at the start of the summer. The longer it dragged on, the more the manager lost hope.

You can understand why Moyes might have feared the worst, but he need not have worried about it.

Quietly, West Ham have spent quite a sum this summer. Paqueta is the headline purchase who takes their outlay to more than £150m, as the club look to gatecrash the Premier League’s top six.

Paqueta is a born entertainer. That ‘rainbow flick’ against Troyes wasn’t a one-off. He tried it for AC Milan, too. Now, it’s England’s turn to see some Samba showboating. 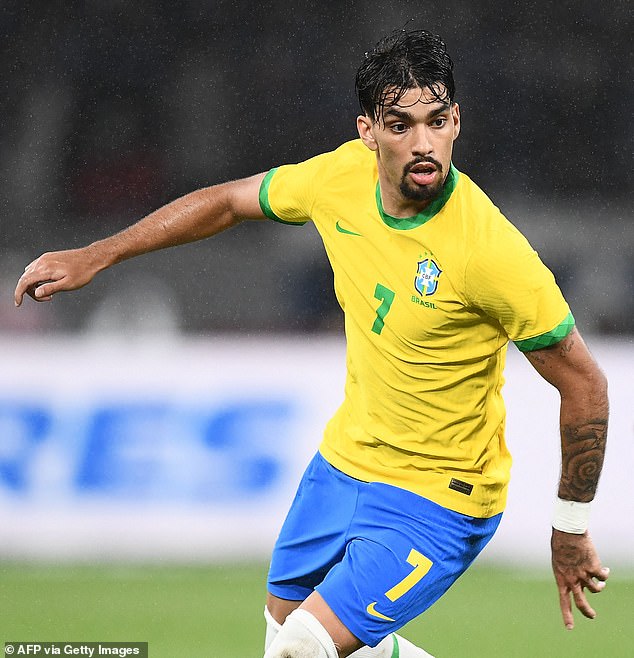 A born entertainer, it will be interesting to see if Paqueta tries his rainbow flick in England