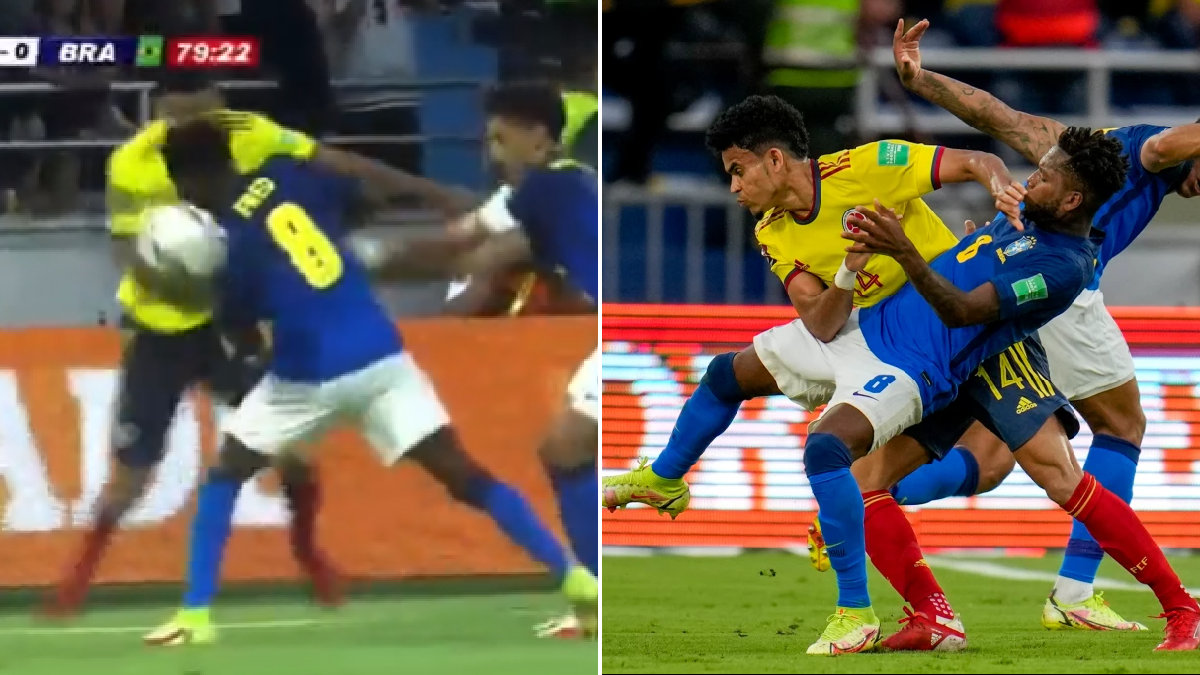 Manchester United star Fred was on the receiving end of a moment of pure magic from Colombia winger Luis Diaz, with the midfielder turned inside out in Brazil’s latest World Cup qualifier.

The two sides met in Barranquilla on Sunday night where the visitors were looking to continue their 100% winning record in qualification, though they were held to a 0-0 draw.

Brazil had won their previous nine straight qualifiers and had chances to claim all three points against Colombia, with both sides attacking at will in an electric final half hour.

Although neither team could find a decisive breakthrough, Porto star Luis Diaz lit up the match – and may have given midfielder Fred nightmares in the process.

The winger – and his victim – went viral when Diaz pulled off a stunning piece of skill on the byline, luring Fred in as he simultaneously held off Marquinhos before flicking the ball up and around the back of the United midfielder.

Fred was helpless to do anything as Diaz strode away, adding insult to injury by offloading the ball with a no-look pass for good measure.

Unfortunately for Fred, it might not be the last time he comes up against the Colombian trickster, who is reportedly on the wishlist of a host of Premier League sides including Everton and Newcastle United.

Diaz has started the season on fire, netting six goals in eight league appearances for Porto, and there are suggestions the Portuguese side will demand at least £50million for him.

Fred with the best chance so far for Brazil but he couldn’t hit the target! ð¬

Fred, meanwhile, played the full 90 minutes in the goalless draw and missed a golden chance to open the scoring in the first half but blazed his effort over the bar.

United will have to do without both the 28-year-old and fellow South American Edinson Cavani in the first game back after the international break against Leicester City this Saturday as Brazil are due to play Uruguay on Friday.