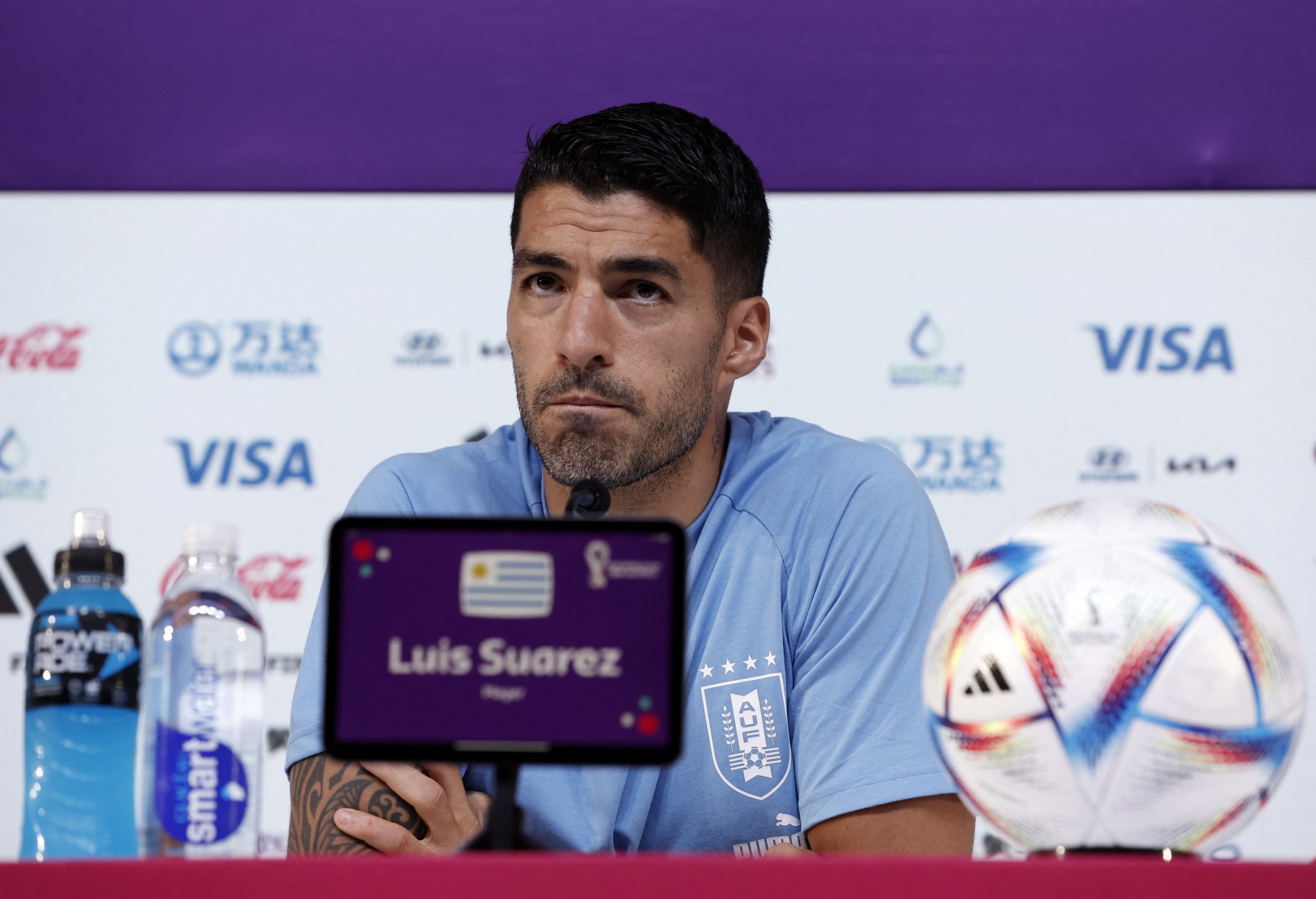 Luis Suarez has refused to apologise for his infamous handball against Ghana at the 2010 World Cup and blamed Asamoah Gyan for missing the penalty.

Suarez denied Ghana a crucial goal as he stopped Dominic Adiyiah’s header with his hands in the final minute of extra time during their quarter-final tie.

Gyan missed the subsequent penalty, while Ghana went on to lose the shootout against Uruguay to exit the tournament.

Suarez and Uruguay face Ghana once against in their final game in Group H on Friday with both sides still pushing to secure a place in the last 16.

But ahead of the game, Suarez passed up the chance to show much sympathy for Ghana for his actions 12 years ago in South Africa.

‘The first time, I don’t apologise about that,’ Suarez said.

‘I take the handball but the Ghana player missed a penalty, not me.

‘Maybe I can apologise if I injure a player but in this situation, I take a red card, the referee says penalty, it’s not my fault.

‘Do you say the player who missed the penalty should do the same in this situation? It’s not my responsibility.

‘I didn’t miss the penalty. It’s not my fault.

‘I don’t know what people are saying, whether they’re saying it’s revenge, the players that play tomorrow might have been eight years old back then [in 2010], and some people might say, ‘he’s the devil himself, he did that’, you can’t misunderstand things.

‘We played and won against Portugal in 2018, have you heard Portuguese people say they need revenge because they lost to us? No.

‘You can’t just keep thinking about the past and focusing on revenge because that can be counterproductive.’

Asked if he would be happy if Suarez repeated the handball in the match against Ghana on Friday, Uruguay’s head coach Diego Alonso said: ‘Every match is different.

‘I don’t think we will experience a similar situation to that one. Let’s just focus on playing a full game. If we do this we have a good chance of winning the three points.’