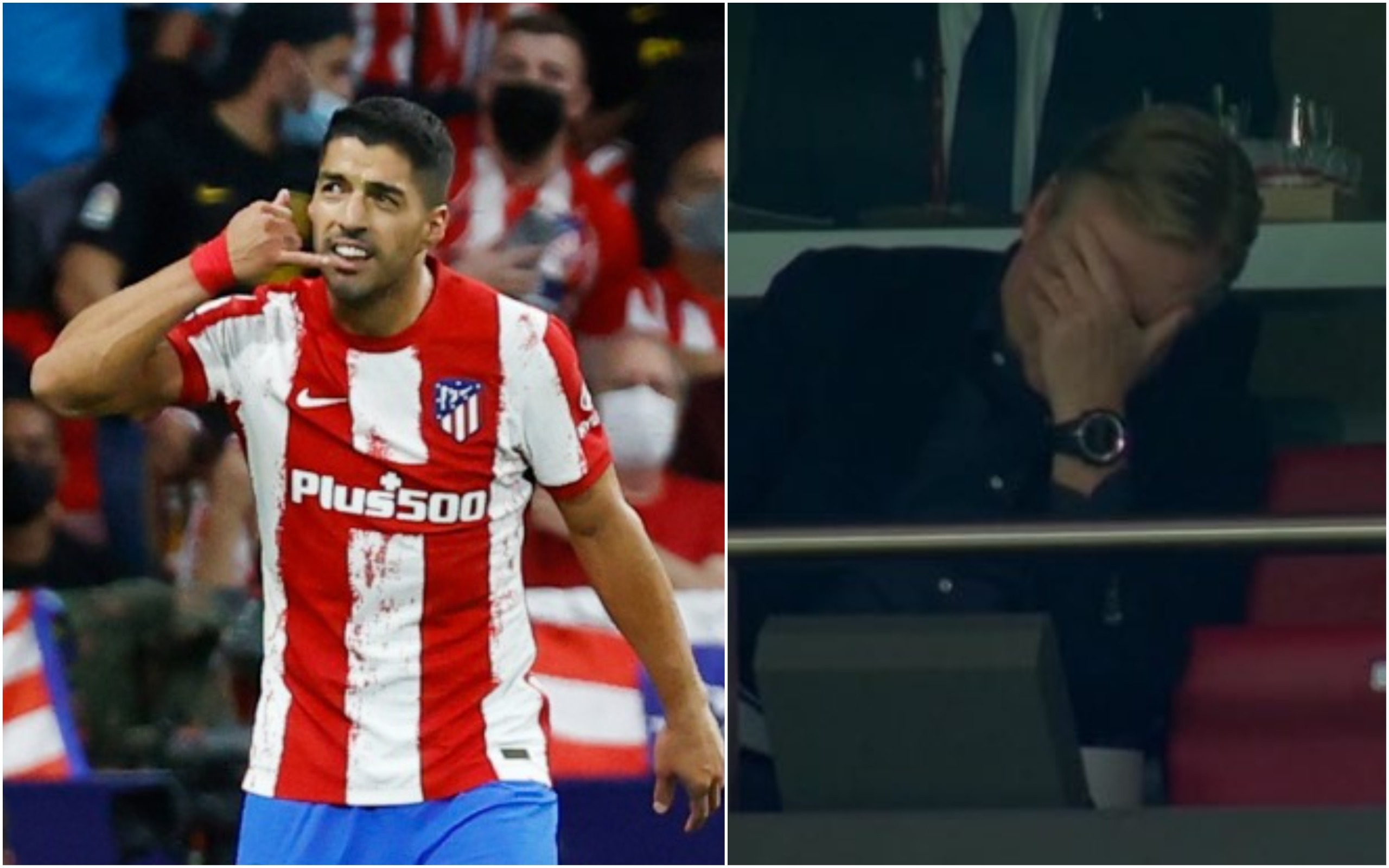 Luis Suarez took aim at Ronald Koeman after scoring for Atletico Madrid in their La Liga clash with Barcelona on Saturday evening.

Thomas Lemar put Diego Simeone’s side in front in the first half, while Suarez doubled Atletico’s lead shortly before half time.

Suarez’s celebrations after scoring against his former club were muted as he closed his eyes and put his hands together in a prayer gesture.

But the former Liverpool striker took the opportunity to fire a dig at Koeman, who was the man who told him he had no future at Barcelona last summer.

After arriving at Camp Nou, Koeman bluntly informed Suarez that he was not part of his plans during a phone call that lasted around 60 seconds.

After scoring against Barcelona on Saturday, Suarez made a telephone gesture with his hand towards Koeman, who was sat in the stands.

Television cameras also caught Koeman’s reaction to Suarez’s goal as the Dutchman had his head in his hands after the Uruguayan doubled Atletico’s lead.

Speaking about his Barcelona exit and that phone call with Koeman, Suarez said in an interview with El Transistor: ‘When Barcelona told me that they did not count on me it was hard, I did not expect it

‘They were very difficult moments because of the manner [of my departure].

‘Koeman called me and told me that I was not in his plans. When Barcelona made it official that they did not count on me, conversations began with Atleti, with Cholo [Simeone], with Miguel Angel.

‘There was interest from many clubs, not just Juventus. I wanted to make the right decision, the best for me and my family.’