Luis Suarez was desperate for Barcelona to sign Darwin Nunez when he was at the club back in 2020. Instead, the striker has ended up at another of the Uruguayan’s former clubs in Liverpool.

While at Barcelona, Suarez might have been renowned for his striking abilities but his scouting was not bad either. It was him that recommended Nunez to his club while he was rattling in goals for Almeira.

A transfer would have cost as low as £12 million. Two years later and Liverpool have landed the striker for a fee that could rise to £90m – shattering their club-record transfer in the process.

“Darwin is a wonderful player; already really good but so much potential to get even better,” Jurgen Klopp said after a deal was clinched. “That’s why it’s so exciting, to be honest. His age, his desire, his hunger to be even better than he currently is. His belief in our project and what we are looking to do as a club.” 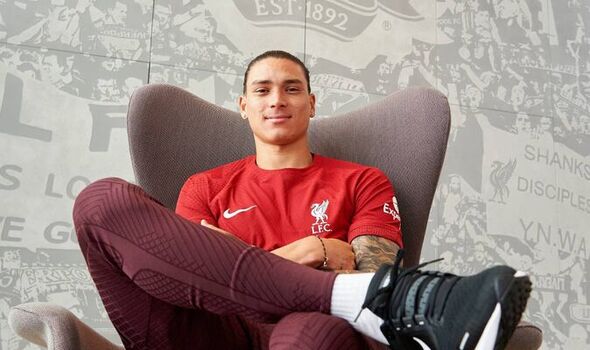 And Liverpool’s gain is Barcelona’s loss and one that Suarez predicted all the way back in 2020 when he told the Blaugrana to take a closer look at his compatriot. Nunez had just scored 16 times in the Segunda Division with Almeria as a 20-year-old when interest grew.

“I recommended Darwin to Barcelona when he was at Almeria,” Suarez said. “I have 15 years of international experience. I know a thing or two about forwards. And I told them, “pay attention to this one, he’s very good, he shows interesting things”.

As it happens, Barcelona are in the market for a striker and missed out on Erling Haaland as a result of their dire financial records over the past few years. There have been several failed transfers in recent years at the Nou Camp including Philippe Coutinho, Ousmane Dembele and Antoine Griezmann – all of whom cost over £100m each.

While impossible to predict the future, had they listened to Suarez at the time they could have made a very shrewd signing over their glitzy gaffes. Instead, Benfica snapped up Nunez that summer – but it did not look like a good investment after just six league goals in his debut campaign.

But last season, the Uruguay international exploded onto the scene with 34 goals in all competitions including two against Liverpool in the Champions League. As Klopp got a closer look at the 22-year-old, it became clear that he was the man that the German demanded in the transfer window.

Having got his top target as Sadio Mane leaves for Bayern Munich, Nunez is expected to spearhead a new era at Anfield while the likes of Mohamed Salah and Roberto Firmino enter the final year of their contracts. With Diogo Jota and Luis Diaz fitting in seamlessly, Liverpool’s attack might have already been replaced before their top stars have even all left.