Luka Modric mocked Barcelona defender Gerard Pique after his Real Madrid side beat their fierce LaLiga rivals 2-1 in Saturday’s Clasico, by claiming the Catalans are ‘ready to crack’.

Los Blancos’ victory, which came courtesy of goals from Karim Benzema and Toni Kroos, lifted Real to the top of the table on Saturday night, one point above Barcelona who dropped to third.

Pique, who missed the crucial LaLiga derby clash through injury, came down to the pitch to confront referee Jesus Gil Manzano on how Barcelona were only given four minutes to find an equaliser in second-half stoppage time. 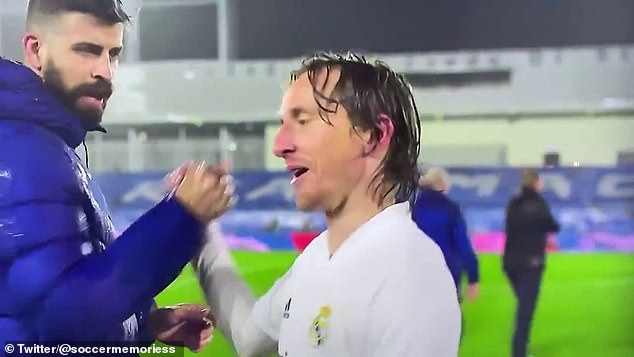 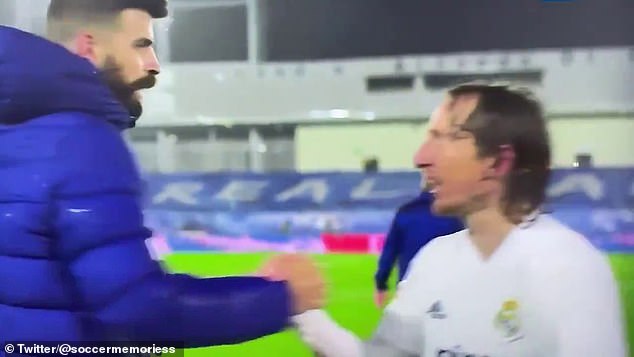 On his way to the official, Pique bumped into Modric, with the Real Madrid midfielder saying: ‘You’re waiting to crack now, eh?’

Pique responded sharply by saying, ‘Mate, four minutes…’ relating to the amount of stoppage time given at the end of the game.

Croatian international Modric came back at Pique, asking: ‘How many (more minutes) do you want?’

Pique then went over to referee Manzano where he reprimanded the official over the amount of stoppage time given. 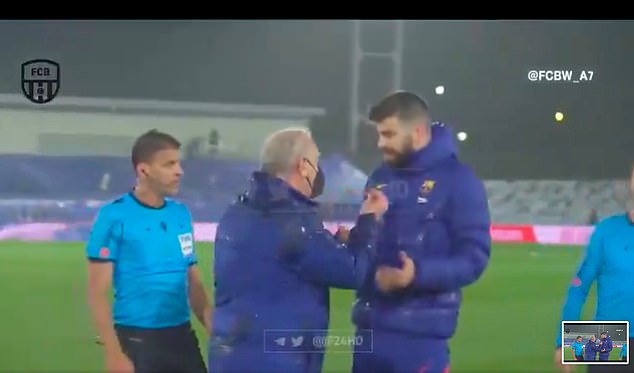 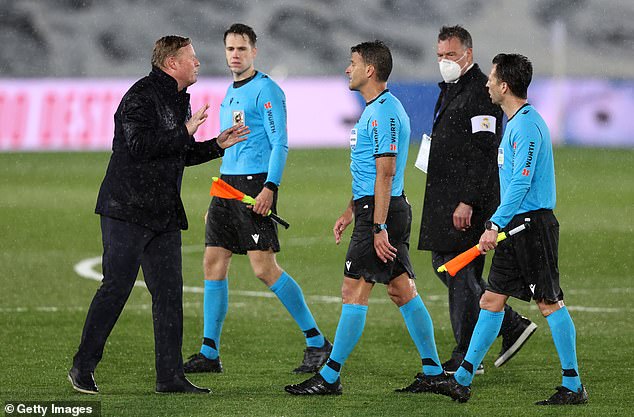 The Spanish defender was heard saying: ‘Let me speak, let me speak, you gave us a little extra time, and you’ve been off the field for a long time,’ before being dragged away from the referee by club official Carlos Naval.

Barcelona were already furious with the referee after he failed to give the Catalans a penalty when Martin Braithwaite went under the challenge of Ferland Mendy with the scores at 2-1 to Real.

Catalans boss Ronald Koeman revealed his side’s fury over the decision and claimed the decision from Manzano was not ‘fair play’.

Koeman told the club’s official website in a post-match interview: ‘We are really angry with the situation about the penalty, because that’s not fair play if you don’t give the penalty. I don’t understand that.’ 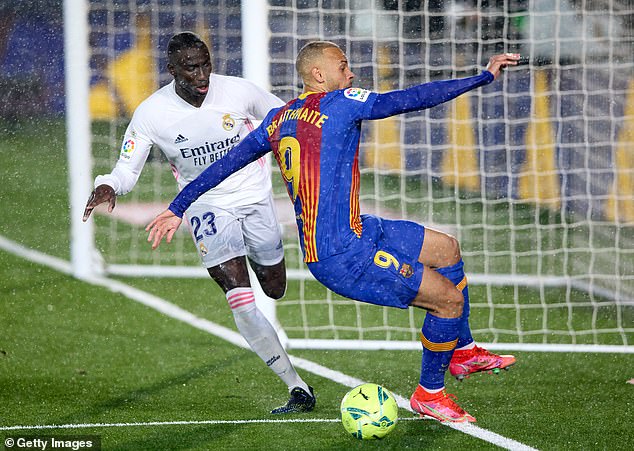 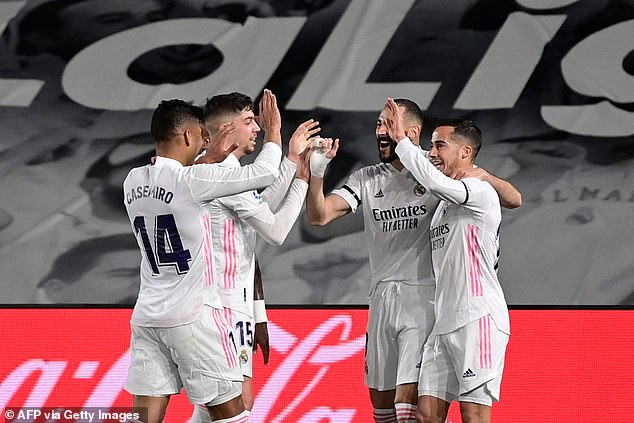 Real Madrid’s 2-1 victory saw them go top of LaLiga and leapfrog Barcelona, who drop to third

Despite an even start to Saturday’s Clasico at the Alfredo di Stefano Stadium, Zinedine Zidane’s Real marched into a two-goal lead through Karim Benzema’s flick and Toni Kroos’ deflected free-kick.

Defender Oscar Mingueza pulled a goal back for Barcelona in the second-half and the visitors continued their assault on the Real Madrid goal for an equaliser, which included the penalty shout on Braithwaite.

In a dramatic final few minutes to the game, Real Madrid midfielder Casemiro was sent off for a second bookable offence before Barcelona substitute Ilaix Moriba struck the crossbar in the final attack of the match.