Romelu Lukaku has been named in the Belgium squad for the 2022 World Cup qualifier against Wales despite a coronavirus outbreak at his club Inter Milan.

Inter’s Serie A clash with Sassuolo on Saturday has been postponed as Stefan de Vrij and Matias Vecino both tested positive after tests were taken on Wednesday.

The entire Inter squad are currently quarantined and prohibited from fulfilling any call-ups to their respective national teams ahead of being re-swabbed and tested again on Monday. 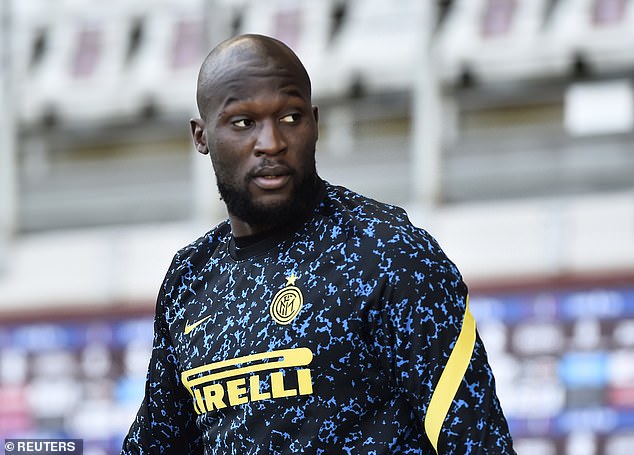 Romelu Lukaku has been named in Belgium’s squad for upcoming World Cup qualifiers against Wales, the Czech Republic and Belarus

Belgium meet Wales in Leuven on Wednesday and boss Roberto Martinez admits the Red Devils’ record goalscorer could be missing when World Cup qualification in Europe gets under way.

‘It is possible (Lukaku will not play), he is in the middle of a group that is isolating,’ Martinez said when announcing a 32-man squad for a World Cup qualifying triple-header against Wales, the Czech Republic and Belarus.

‘Tests are scheduled ahead, but we don’t look any further than the next few days to see if Romelu can join us in the national team.

‘The (Italian) government and local authorities have got to give him the green light, but this is something we are used to and we will see how it develops. 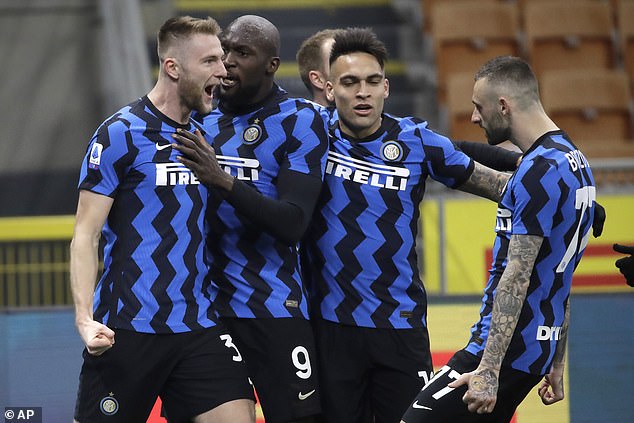 ‘The fact is we’ve got three games in such a short period of time and hope that everything can turn in our favour. It would be wrong for us not to give every single possibility to Romelu for him to join us.’

Belgium, ranked the number one team in the world by FIFA, are packed with talent, much of it from the Premier League with 10-English based players. 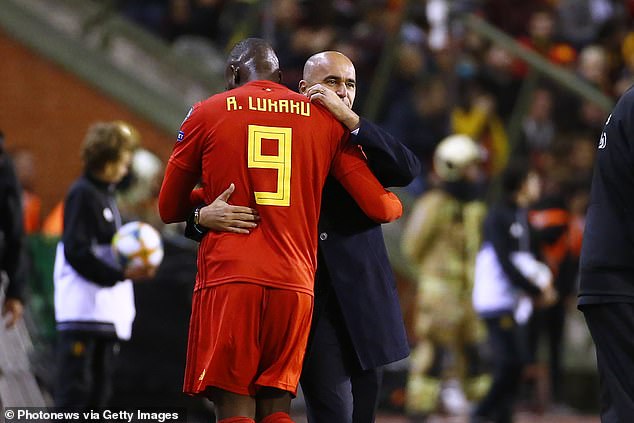 Martinez said: ‘He was ready to get back on the football pitch and did that in a LaLiga game against Elche. He felt really well but then had the setback of another injury.

‘It’s been lots of different niggles, but it comes from the same problem. Now is the moment to forget about deadlines and gives him what he needs.

‘We all need to take that responsibility, between the Belgian Federation and the club where he is playing his football, because we are dealing with a player who has never been injured in his career.

‘This is a real shock and something new, and there’s a lot of uncertainty around that.

‘But in terms of the injury, I feel we can be very positive that we will see the best Eden Hazard well before the Euros.’

Tags: Belgium&apo, in, is, Lukaku, named
You may also like
Latest Posts