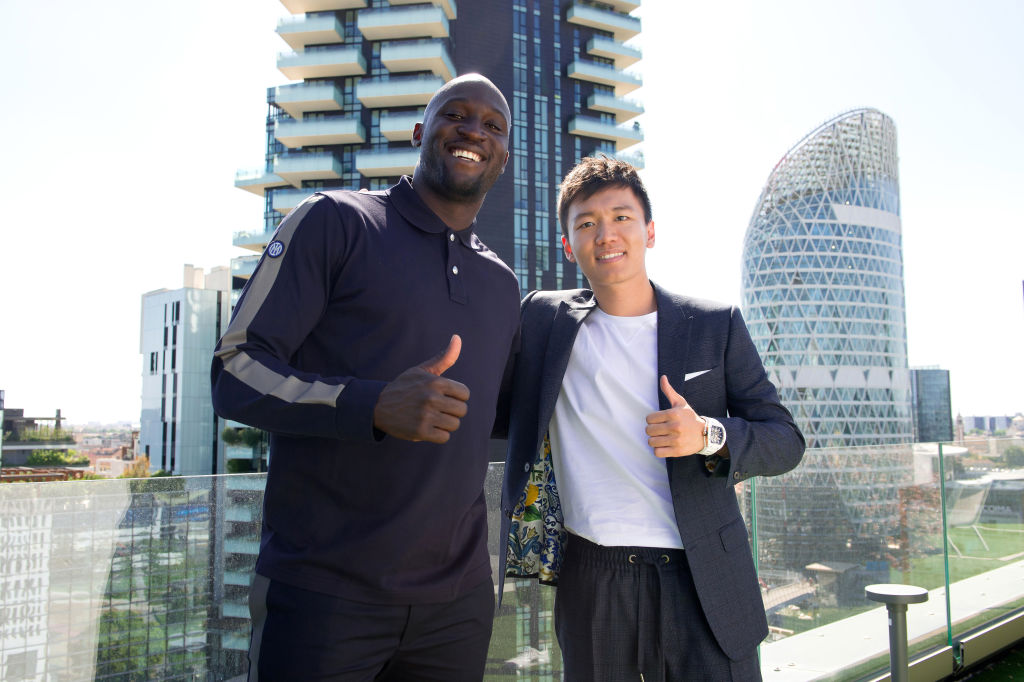 Romelu Lukaku is delighted to return to Inter Milan as he completes his season-long loan move from Chelsea, telling the club’s president that he ‘keeps his promises’ when asked for a substantial return of goals.

The 29-year-old enjoyed two excellent seasons with Inter, scoring 64 goals in just 95 games and winning the Serie A title in 2021.

His spell in Italy came to an end when former side Chelsea splashed out £97.5m for his services last summer, but his return to Stamford Bridge proved to be a disappointment.

The Belgian did net 15 goals over the season in all competitions, but could not hold down a place in the first team and riled Blues fans with a controversial Sky Italia interview in which he said he did not want to move to west London at all and was unhappy with how he was being used by Thomas Tuchel.

The forward was pining for a move back to Inter and he has got his wish, spending at least another season in Milan.

Zhang asked the returning centre-forward: ‘So you’re going to score a lot of goals? You promise.’

Lukaku said: ‘That’s what we’re here for. I keep my promises, you know that. Forza Inter!’

A loan fee of around £7m is believed to have been paid by Inter, despite Chelsea paying around £90m more than that for Lukaku just a year ago.

Zhang and manager manager Simone Inzaghi will be hoping that the return of the big Belgian will bring the league title back to the blue half of Milan.