Luton are carrying injuries, their deck of UNO cards and a sense of injustice up the M1 as they prepare for a ‘straight shootout’ play-off second leg against Huddersfield for a Premier League place

Luton Town limped up the M1 on Saturday carrying knocks, their trusty deck of UNO cards and a lingering sense of injustice ahead of Monday’s ‘straight shootout’ for Wembley.

Their Championship play-off semi-final with Huddersfield is finely poised after Friday’s first leg, an engrossing battle at Kenilworth Road that ended 1-1.

Manager Nathan Jones was unhappy with the officials’ failure to award a first-half penalty – and a red card – after striker Cameron Jerome tangled with Naby Sarr inside the area. 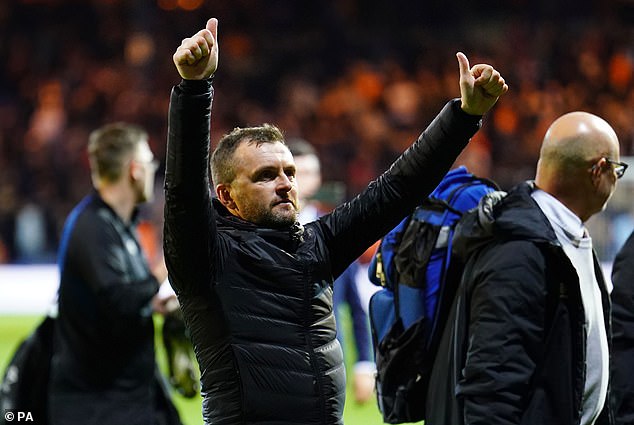 ‘A real terrible decision,’ he said. ‘Because they had half an appeal in the first seconds of the game (when Harry Toffolo was barged over by James Bree), he hasn’t given it.’

Jones has long wanted VAR in the second tier but the technology will only come in for the final. ‘The fourth official has said: ‘There is contact’. So if there’s contact just before he goes to shoot, what more do they want?’

Now he must prepare his players for another scrap. Luton’s unlikely Premier League dream is still alive but, at this point, there is little work Jones can do on the training pitch. 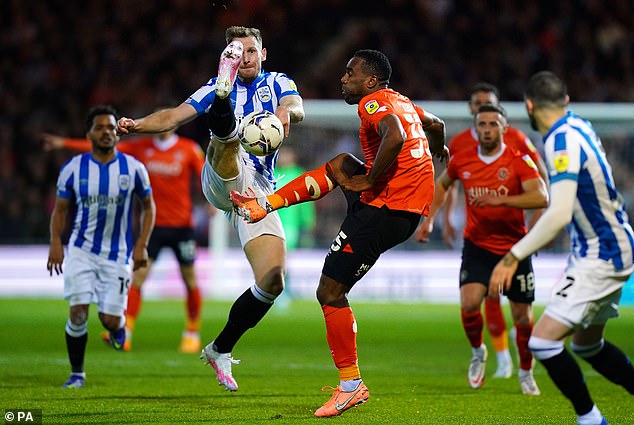 ‘Nothing. We’re travelling up on Saturday, we’ll tick them over and then they have to go again. I can’t teach them anything,’ he said.

‘We’ll relax them, they entertain themselves. They have some UNO champions in there.

‘We’ll get up there early, they’ll be able to watch a bit of football over the weekend, we’ll relax them, get them ready, we’ll debrief this, Sunday we’ll train properly and then Monday night, a winner takes all game. What a wonderful prospect.’ 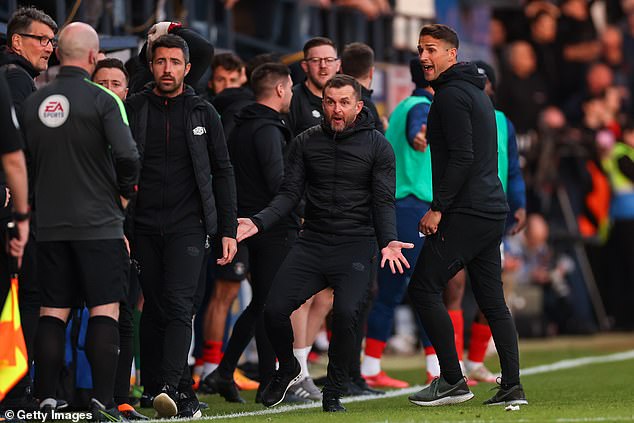 The Hatters are carrying injuries, a trusty deck of UNO cards and a sense of injustice up the M1

Top scorer Elijah Adebayo was one of several absentees through injury before midfielder Henri Lansbury picked up a knock during the game. It’s been a recurring theme. ‘I’ve had to contend with the most horrific injury crisis,’ Jones said.

But he insists: ‘We can’t cry over spilt milk, we’re still getting results with all these problems and that shows the mark of a wonderful football side.’

Jones added: ‘We have to show our quality, we have to be brave, we have to recover well and we have to dig deep because it’s going to be tough… but it’s the play-offs. Anything can happen.’