Juventus manager Maurizio Sarri insists his side lacked “aggression” in the 1-0 defeat to Lyon in the first leg of the Champions League round of 16 tie at the Groupama Stadium.

Lucas Tousart’s first-half strike secured a crucial advantage for the French side.

And the Serie A champions struggled throughout, failing to register a single shot on target during the 90 minutes.

The performance left Sarri frustrated and searching for answers as the pressure heightens on the former Chelsea boss.

“It is difficult to explain why the circulation of the ball was so mild in the first half: in this way the teams attack and you suffer,” Sarri said.

“We missed the aggression, and then we had an unfortunate episode on the occasion of the goal, given that we were temporarily in 10. 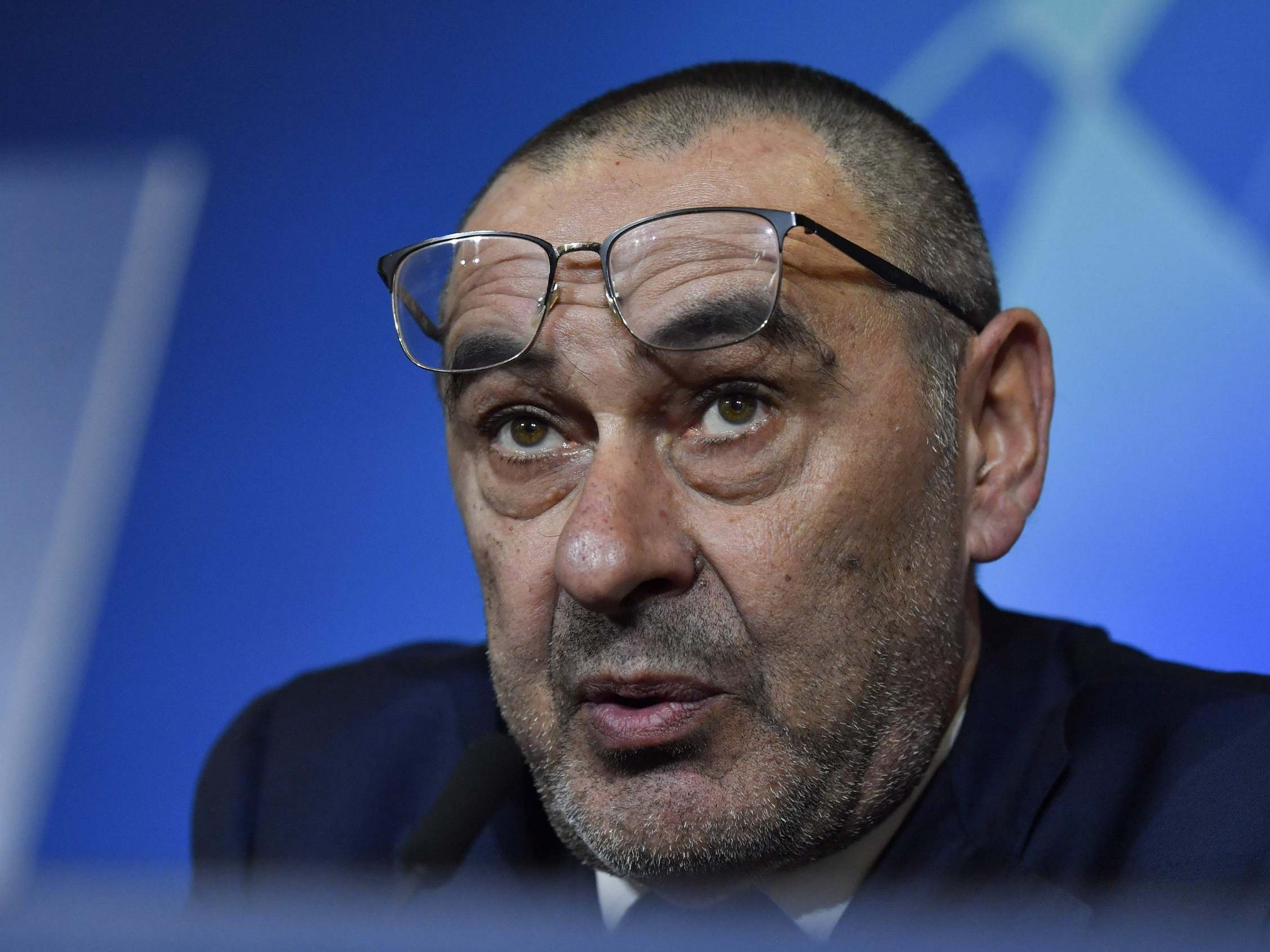 “During the game we were getting heated because, in addition to moving the ball slowly, we were often out of position.

“In the second half, we grew and moved better, regaining possession in the opposition’s half of the pitch, which allowed us to close them in their area.

“In training we move much better and with much more speed.”

Lyon manager Rudi Garcia praised his side’s ability to rise to the occasion after their historic win.

“There was a very good first (half) where we followed the instructions to the letter, we did not suffer apart from a Ronaldo centre.

“The second (half) was more complicated, we were able to hang on, not to take goals, we noted solidarity at that time.

“I regret that we could not score a second goal in the first period from Toko Ekambi’s header, or one or two other situations.

“I’m happy for the boys, they were able to rise to the occasion.”