‘What the f***!?’: Sir Alex Ferguson pays a surprise visit to Dwight Yorke’s A-League side Macarthur during a trip to the races Down Under, leaving his former Man United striker’s players STUNNED at training

Yorke joined the A-League club earlier this year in his first posting as a head coach, having fine-tuned his craft at United’s academy in recent years.

Earlier this week, the 50-year-old revealed that Ferguson had been in touch after he won his first trophy as a manager, guiding the Bulls to an Australia Cup victory over Sydney FC, and now the managerial veteran has popped by during his trip Down Under. 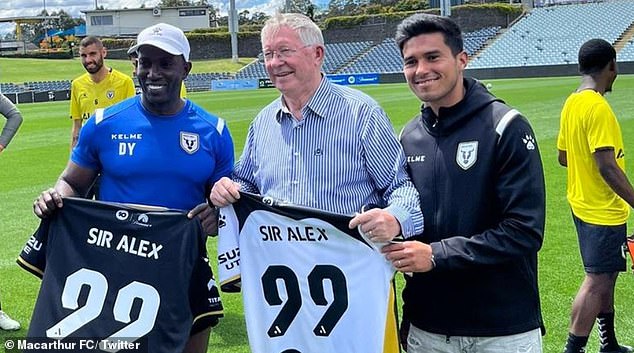 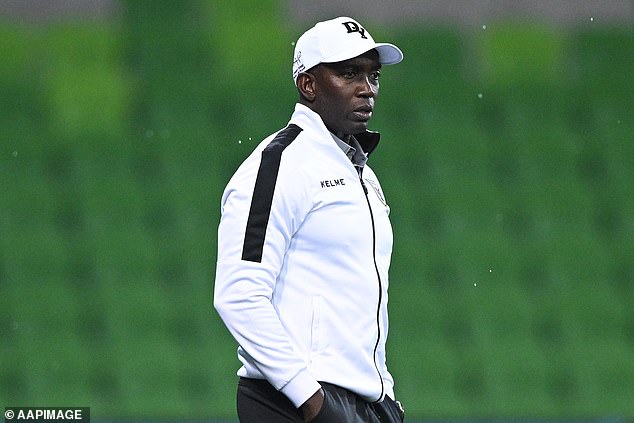 The A-League side are coached by Dwight Yorke, who took over during the off-season

Yorke had been given notice that the Scot would be stopping at some point, but his players were none the wiser, and the Sydney Morning Herald reports that some stars were heard saying ‘what the f***!?’ upon seeing the 80-year-old on the touchline.

‘It’s a wonderful surprise to all of us – he didn’t have to be here,’ Yorke said via Fox Sports.

‘He got in contact with me and said he will be in Sydney. (It’s) very gracious for him to be visiting our stadium here in Campbelltown.

‘I thought it might have been a problem, considering his age. Obviously, he’s in good nick. He was happy to make the journey from the city, which is a long journey.’

Macarthur have invited Ferguson to their game against Sydney FC on Saturday night, although Yorke says the Scot may be heading to the Golden Eagle meeting at Rosehill on the same day, before heading south for the Melbourne Cup on Tuesday. 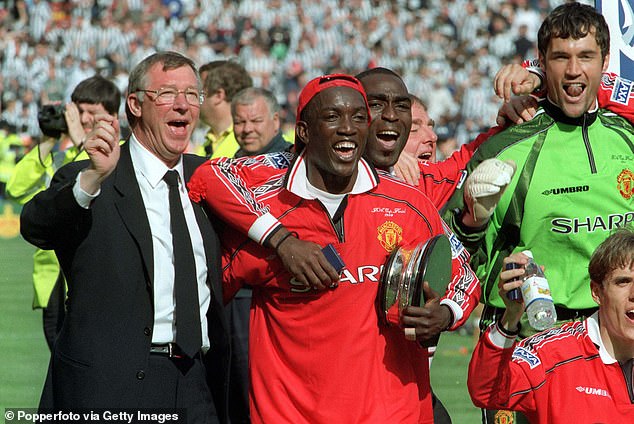 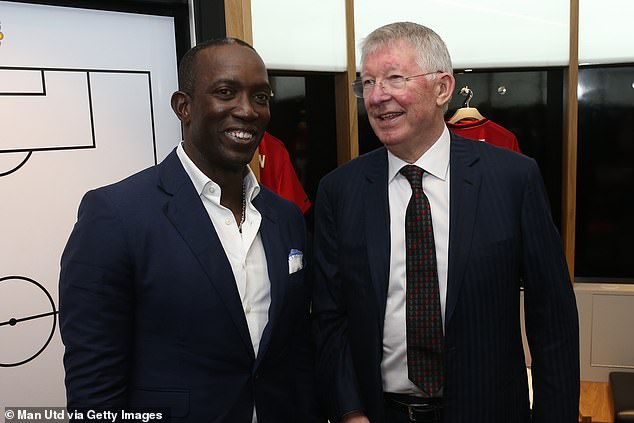 Ferguson phoned Yorke after he won his first trophy as a manager, the Australia Cup

‘Probably he’s off to the races at some point – I know that he’s got a big passion for his horse racing,’ he added.

‘(But) we’re looking for a little bit of a pick-us-up – not that we’re in a bad spot – (and) they don’t come much bigger than Sir Alex being here (on Thursday).

‘I’m very lucky and privileged that I still have that relationship with him.

‘How often do you have someone of his talent come into this part of the world? I look back, and I’m very lucky to (have been) under his management skills.

‘He’s always been helpful. He’s always given me the encouragement to go forward.’

Macarthur are currently fourth in the A-League after three games, winning once and drawing twice.