Fresh footage has emerged of Harry Maguire and Marcus Rashford disagreeing over whether Erik Lamela should have been sent off against Manchester United.

Lamela reacted to Anthony Martial dragging a hand across his face having moved his own elbow into the neck of the Frenchman.

The referee sent off Martial but only cautioned Lamela mid-way through the first half with Spurs going on to destroy Ole Gunnar Solskjaer’s side 6-1. 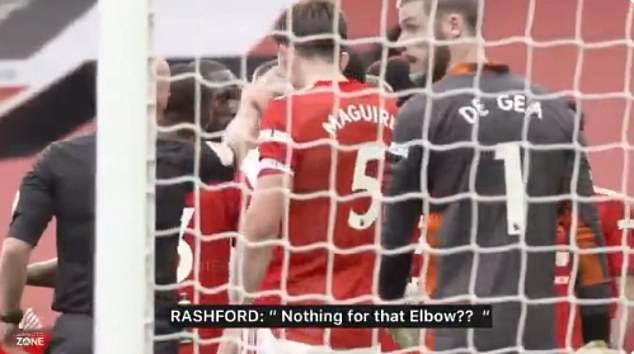 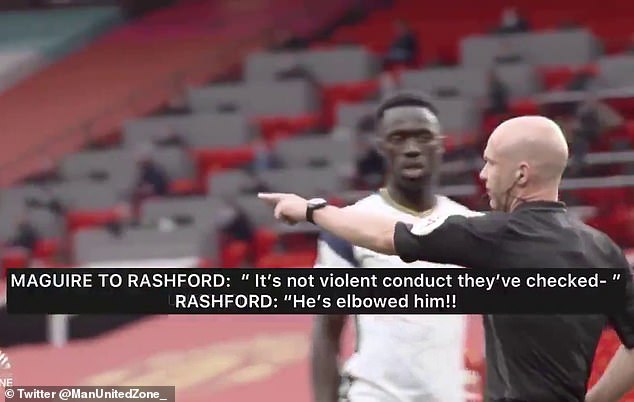 Bizarrely, microphones picked up United captain Maguire disagreeing with Rashford over whether Lamela should have been given his marching orders too.

Rashford asks: ‘Nothing for that elbow?

Anthony Taylor then walks towards Lamela and brandishes the yellow card.

‘He’s elbowed him!’ Rashford replies before his team-mate again says: ‘They’ve checked it and it’s not.’

Clearly there was a burning sense of injustice from Rashford that Lamela had remained on the pitch having been the instigator of the incident.

But Maguire was content to belief the officials and video assistant referee after they reviewed the footage.

Martial was seen trudging down the tunnel in the distance and United completely collapsed in the rout that followed.

It was the Frenchman who won an early penalty converted by Bruno Fernandes but it was all downhill from there.

It took just seven minutes for Jose Mourinho’s side to take the lead with two quickfire goals and they went on to add four more after United were reduced to ten men. 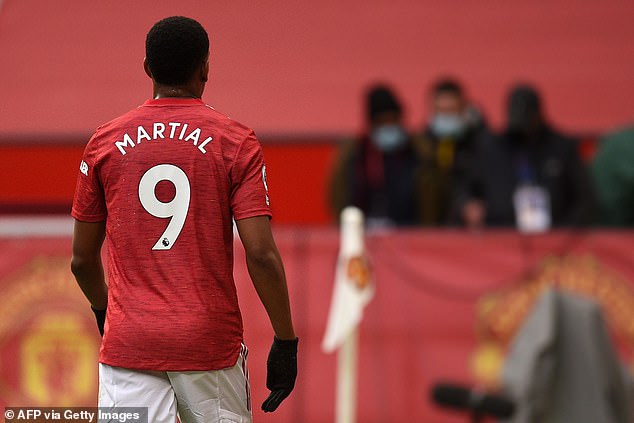 Tags: and, disagree, Maguire, Rashford
You may also like
Latest Posts