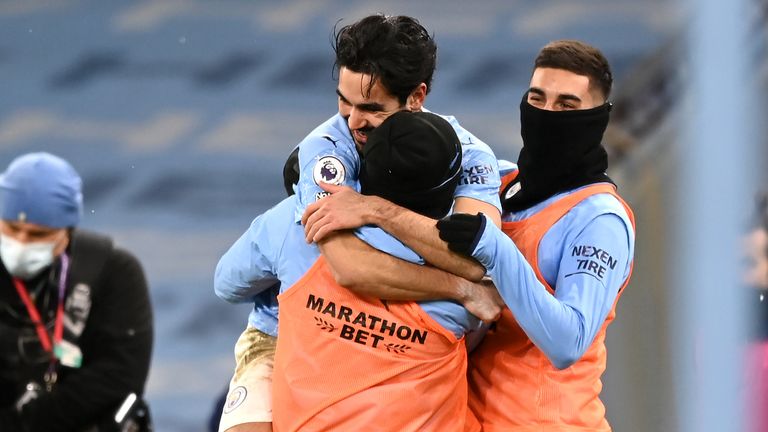 Ilkay Gundogan’s incredible scoring run continued with two goals in Manchester City’s stylish 3-0 win over Tottenham on Saturday, as Pep Guardiola’s side pulled seven points clear at the top of the Premier League.

With City already leading through a first-half Rodri penalty, Gundogan fired his first through Hugo Lloris – who had a game to forget – and then outmuscled Davinson Sanchez for a long pass forward from Ederson before tucking in number two to take his tally to nine in nine Premier League games in 2021.

Worryingly, Gundogan limped off with a groin problem soon after, but by then he had already put City in complete control against a poor Spurs side who only really threatened when Harry Kane hit the woodwork with an early free-kick and Gareth Bale tested Ederson late on.

City, who are unbeaten since losing to Spurs in November, extended their record run of 16 wins in a row across all competitions, while Jose Mourinho’s men remain eighth, four points off the top four.

Following Jurgen Klopp’s concession that Liverpool were out of the title race earlier in the day, City went out on Saturday evening intent on stamping their authority on this Premier League campaign and began on the front foot, with Rodri heading over from a corner and Eric Dier and Davinson Sanchez forced to block Gabriel Jesus’ early efforts.

Tottenham were largely limited to counter-attacks, with Tanguy Ndombele shooting at John Stones after one driving run before Harry Kane almost gave the visitors the lead against the run of play after winning a free-kick off Aymeric Laporte on the edge of the City box and then firing against the woodwork.

But City’s early pressure paid off on 21 minutes when Pierre-Emile Hojbjerg tumbled Gundogan to give away a penalty.

There had been speculation in the week that goalkeeper Ederson may take the next City spot-kick, after six different takers in the league had returned a record of eight missed out of 17 since the start of last season, but penalty-taker number seven Rodri stepped up found the net – just. 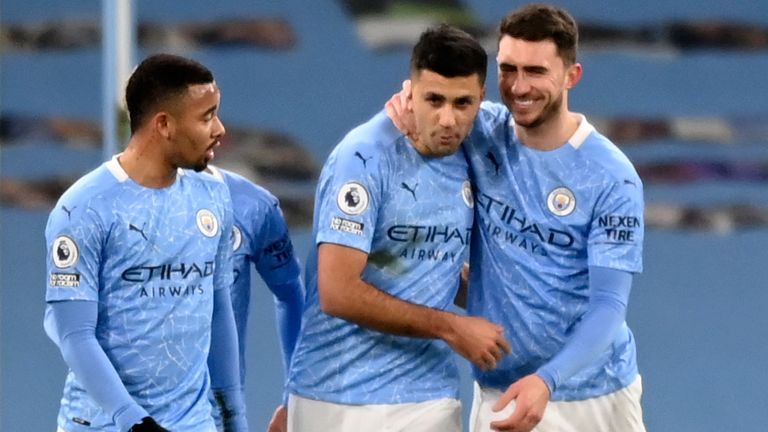 Spurs keeper Lloris will feel he should have kept the midfielder’s tame effort out after getting a hand to it but he was thankful for another Sanchez block from Bernardo Silva soon after, before referee Paul Tierney rightly waved away more City penalty appeals when Raheem Sterling’s cross hit Ben Davies at close range.

City should have doubled their advantage moments before the interval when another Sanchez block led to Jesus hitting the bar but it didn’t take them long to make it two after the restart, with Raheem Sterling exchanging passes with Phil Foden before playing in Gundogan to drive his shot through Lloris on 50 minutes. 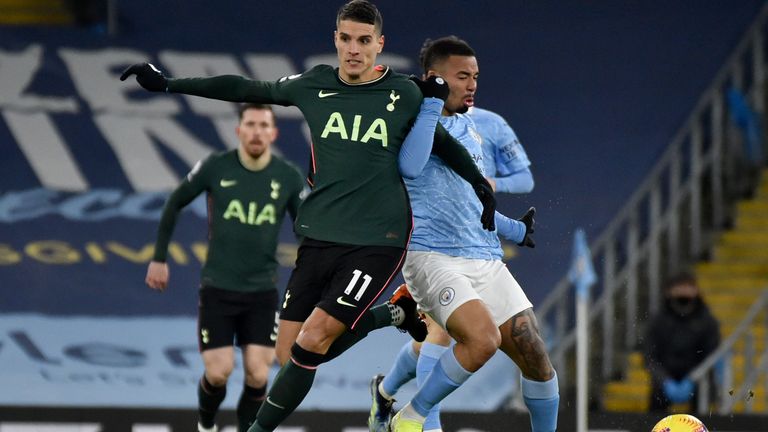 The third came soon after and in a fashion Mourinho won’t at all be happy with, as Gundogan shoved away Sanchez to control a long ball from Ederson and then slot clinically into the bottom corner.

No player in Europe’s top five leagues has scored more goals in this calendar year than Gundogan, so it was a blow to see him go off with what appeared to be a groin injury soon after.

Spurs sub Bale produced a moment of magic, skipping past three City players before drawing a good save from Ederson to deliver a reminder of what he can do, while Lloris saved from Sterling to lift his reputation after a bad week, but City’s march towards the title continues to gather pace.

City now go to Everton in the Premier League on Wednesday night at 8.15pm, before going to Arsenal on Super Sunday, live on Sky Sports Premier League at 4.30pm.

Tottenham are now at Wolfsberger in the Europa League round of 32 first leg on Thursday at 5.55pm, before going to West Ham, also on Super Sunday, live on Sky Sports Premier League at midday.