Manchester City fans have been left fuming at the fact versatile full-back Joao Cancelo has been handed the club’s No.7 shirt ahead of the upcoming season. The Portuguese star, who was selected as the Premier League’s best left-back by the PFA in their Team of the Year for last season, has inherited the shirt from winger Raheem Sterling following his high-profile move to Chelsea.

Cancelo previously wore the No.27 shirt for each of his three seasons at the Etihad after joining from Juventus back in 2019. The 28-year-old has emerged as a highly influential player for Pep Guardiola’s side given his versatility.

The left-back by trade can also operate on the right side of defence, and has even been deployed further forward, in central midfield or as a winger. However, despite Cancelo’s tendency to involve himself in City’s attacking play, it seems the club’s fans are not impressed by his new number – a number so often associated with wingers.

“A full back wearing the number 7, the game has absolutely gone,” one fan wrote in response to City’s tweet confirming the number change, while another added: “Unless they’re planning to turn Cancelo into a winger this is an absolute war crime.” A third simply wrote: “No. Relegate them.” 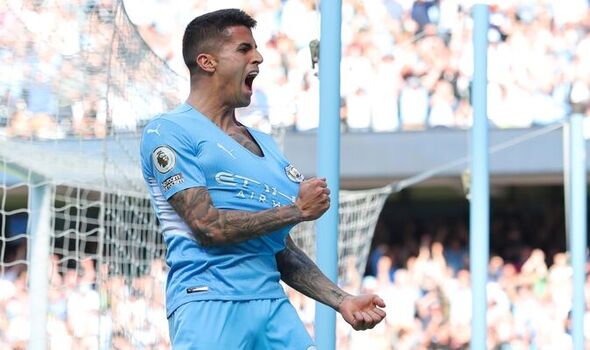 Another fan cited the footballing history of the No.7 shirt and accused City of “disrespecting tradition” by awarding Cancelo the honour of wearing the number. The supporter wrote: “Once again this club disrespects tradition in this noble sport, back in my day suggesting a full-back wearing the number 7 would land you in an institution. The club should be forced to fold.”

Amongst the uproar, some fans even referenced French defender William Gallas, who was bizarrely handed the No.10 shirt by Arsenal following his move from London rivals Chelsea. “William Gallas vibes,” once fan tweeted in response to the Cancelo news.

However, the full-back’s new number isn’t as baffling as it first seems. Cancelo previously wore the No.7 shirt at Valencia and Inter Milan – although he was primarily used as a winger by the pair. He also wore the No.70 during his time with Benfica. 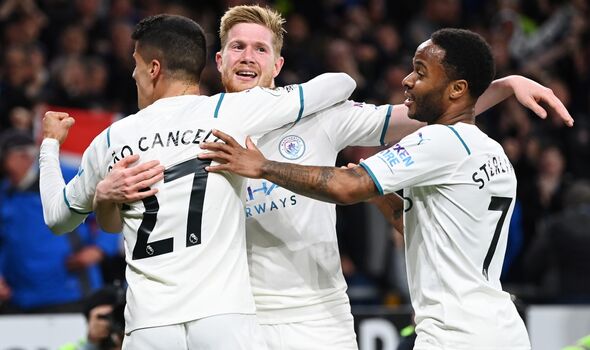 In taking on City’s No.7, Cancelo joins an illustrious list of names to have donned the shirt. Alongside Sterling, the likes of James Milner, Robbie Fowler and Georgi Kinkladze have worn the number in recent times, while club icons David White, Peter Barnes and Mike Summerbee are among those who wore it before them.

City attempted to justify the change within the statement on their website, insisting Cancelo has adopted the shirt usually given to a winger because it is ‘in keeping’ with the full-back’s ‘versatile attacking style’. Cancelo has netted eight goals across 128 appearances for the club to date.