Pep Guardiola’s wait for another Champions League goes on

If there was a single word behind everything that Manchester City had done well this season up until this point, it was “control”.

That, in this most challenging and congested of campaigns, has been the priority above all else. Take possession-oriented football, take a strict defensive shape when playing without the ball, take control. It has defined all of their success this season. Its absence defined their most painful defeat.

This was a more open Champions League final than many expected, given that these two managers have adapted better than any others to the specific and more austere demands of pandemic era football, but one goal was still enough to win it.

That decisive goal – scored by Kai Havertz – arrived at the end of a half when Pep Guardiola’s players were practically unrecognisable from the side which has dominated domestically by taking ownership of the ball and suffocating their opponents into submission.

Rather than staying patient, they rushed. Rather than gradually building rhythm, they tried to force things. Rather than celebrating the greatest triumph of the Abu Dhabi-led era, they are lamenting its greatest disappointment.

Questions will, once again, be asked about Guardiola’s selection. Aside from a group stage dead rubber away to Olympiakos in November, this was the first time that City have lined up without either Fernandinho or Rodri this season, or in other words without a natural holding midfielder.

Ilkay Gundogan instead acted as the ‘number six’ and Raheem Sterling started for the first time during this run since the last-16 first leg. Guardiola justified his decision by insisting that City had to play on the front foot.

“If we want a chance to win we have to attack. Of course you have to defend but our way is to attack. We need everyone. The second half I’m sure will be pretty different to the beginning.”

It was surprising. Guardiola left his galaxy brain in its jar during these knock-stages. We have not seen ‘four hours of contemporary free jazz’ Pep, but a simple, straightforward approach to the point where his line-up became predictable.

And for all the talk of over-thinking, Sterling’s inclusion ahead of Fernandinho was the only change from the semi-final second leg. Perhaps it could have worked.

Gundogan is not inexperienced as a holding midfielder. When Fernandinho missed the end of the 2018-19 season, he played there as City edged over the line to beat Liverpool to the Premier League title. Guardiola credits much of that title win to Gundogan’s impressive performances there, holding the team together.

Yet this is a very different team that has been playing in a very different way, particularly since Christmas. The fine-tuned balance between the best defence that Guardiola has put together during his time in Manchester and an attack still capable of blowing teams away was always fragile to change. This was one change too many. 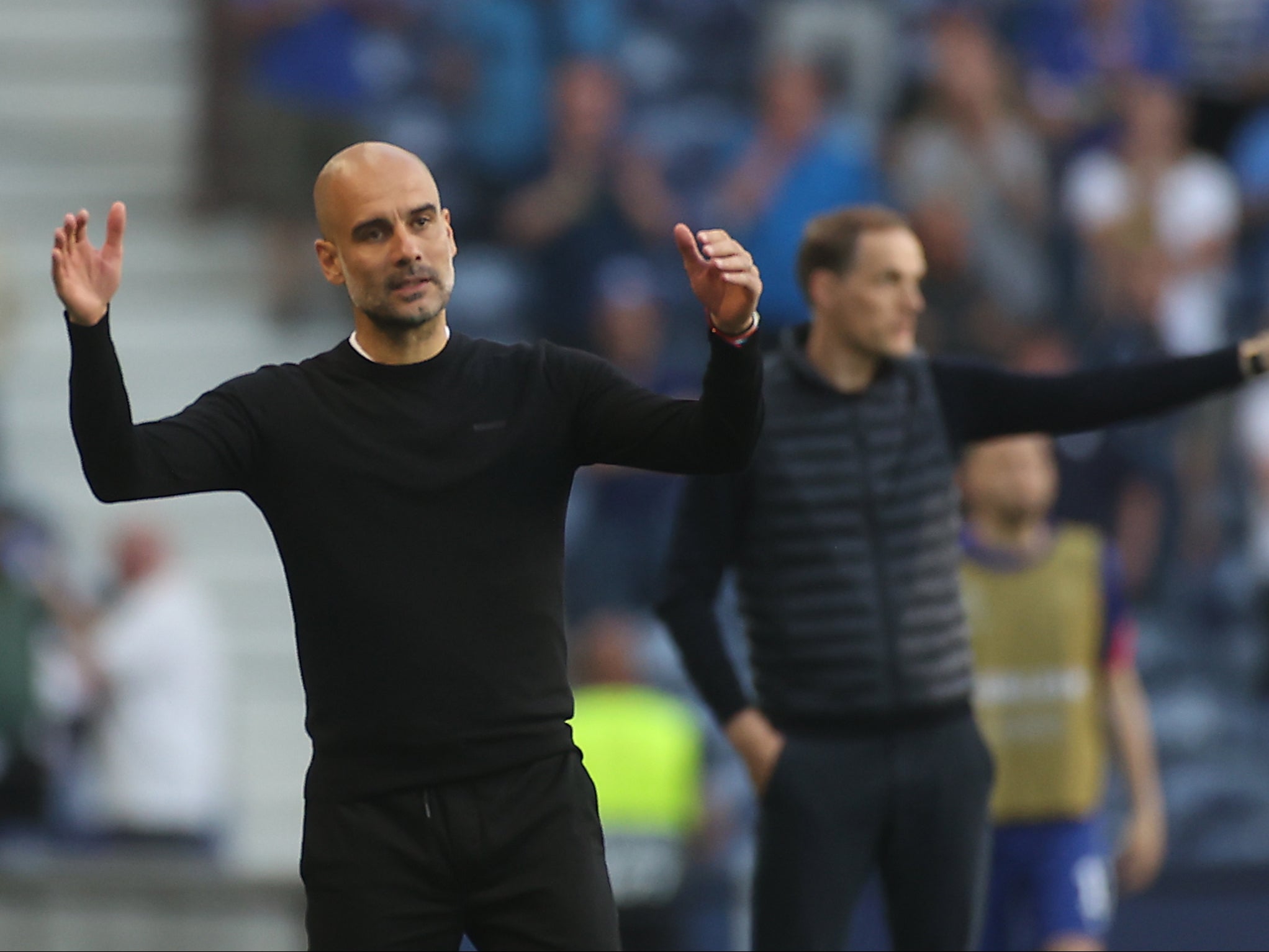 That imbalance could be clearly seen in the goal, where the absence of any protective midfield presence meant Mason Mount was afforded the time and space to pick out Havertz while Kyle Walker and Ruben Dias were occupied with covering Timo Werner’s excellent space-creating run.

But it could also be seen up front, where a player of Kevin De Bruyne’s supreme ability struggled to make any sort of impact in the biggest game of his career.

It is not that he was unsuited to the role as the focal point of City’s attack – he has performed well there on the road to Porto – but with Sterling, Riyad Mahrez and Phil Foden all contributing to the same attack, the space and room to manoeuvre simply was not there.

To see him helped off the pitch in tears, still dazed, confused and sporting a burgeoning black eye after a clash with Antonio Rudiger, was a sad sight. De Bruyne will be 30-years-old next month. There is no suggestion his abilities are diminishing but an opportunity like this may not come around again quickly.

De Bruyne, City and Guardiola have to hope it does. There is reason to believe it will. The heights that they have reached this season, given all the obstacles in their path, are perhaps the most satisfying of the past five years.

In finding a way to shut opponents down but still break them apart, City looked ready to finally rise above all the others competing at this rarefied level. They were in control, it seemed, but they lost it.