Manchester City manager Pep Guardiola is looking to hand new contracts to Raheem Sterling and Kevin de Bruyne. The Citizens boss is using his time wisely during the Premier League’s suspension over coronavirus fears, with City desperate to keep hold of the duo.

Sterling and De Bruyne are both tied down at City until at least 2023 with their current contracts.

With City’s future in the Champions League still unclear, the club want to make sure they keep hold of their best players for the coming years.

City have now launched contract talks for both Sterling and De Bruyne since the season was suspended, according to The Sun. 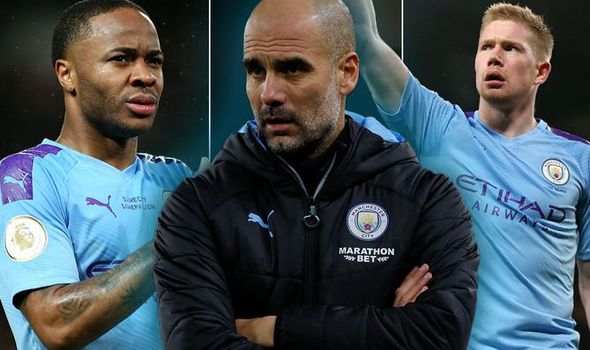 Sterling has been locked in contract talks since November, but City hope to finally get a new deal over the line over the coming weeks.

The England international has been linked with a move to Real Madrid in recent months.

The Spanish giants were hoping to capitalise on City’s European ban to land Sterling this summer.

But the forward has since reaffirmed his commitment to his current club, and is expected to sign a new deal shortly.

Sterling and City are currently in talks over a new £450,000-a-week contract.

That would be a 33 per cent increase on his current deal, which runs out in three years’ time.

Sterling’s agent recently revealed that his client didn’t plan on leaving the Etihad Stadium amid City’s legal battle with UEFA.

“Raheem is solely focused Manchester City,” said Sterling’s agent, Aidy Ward. “[He] will not be distracted by any talk of transfers to any club at the moment.” 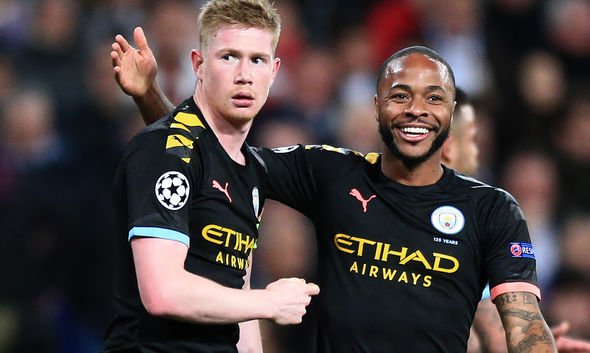 The midfielder has emerged as one of the best players in world football, and Guardiola will be desperate to keep his star player.

The Belgian is currently earning £280,000-a-week with bonuses and image rights.

When he signed his latest deal, De Bruyne admitted that he felt at home in Manchester, and wasn’t planning on leaving any time soon.

“I am really happy to have signed this new deal,” said the 28-year-old.

“As I’ve said previously, my intention has always been to stay here at City, where I’ve felt at home from day one.

“Not only are we winning – we are playing great football.

“It’s a pleasure to be a part of and I’m really excited about what we can achieve in the coming years.”