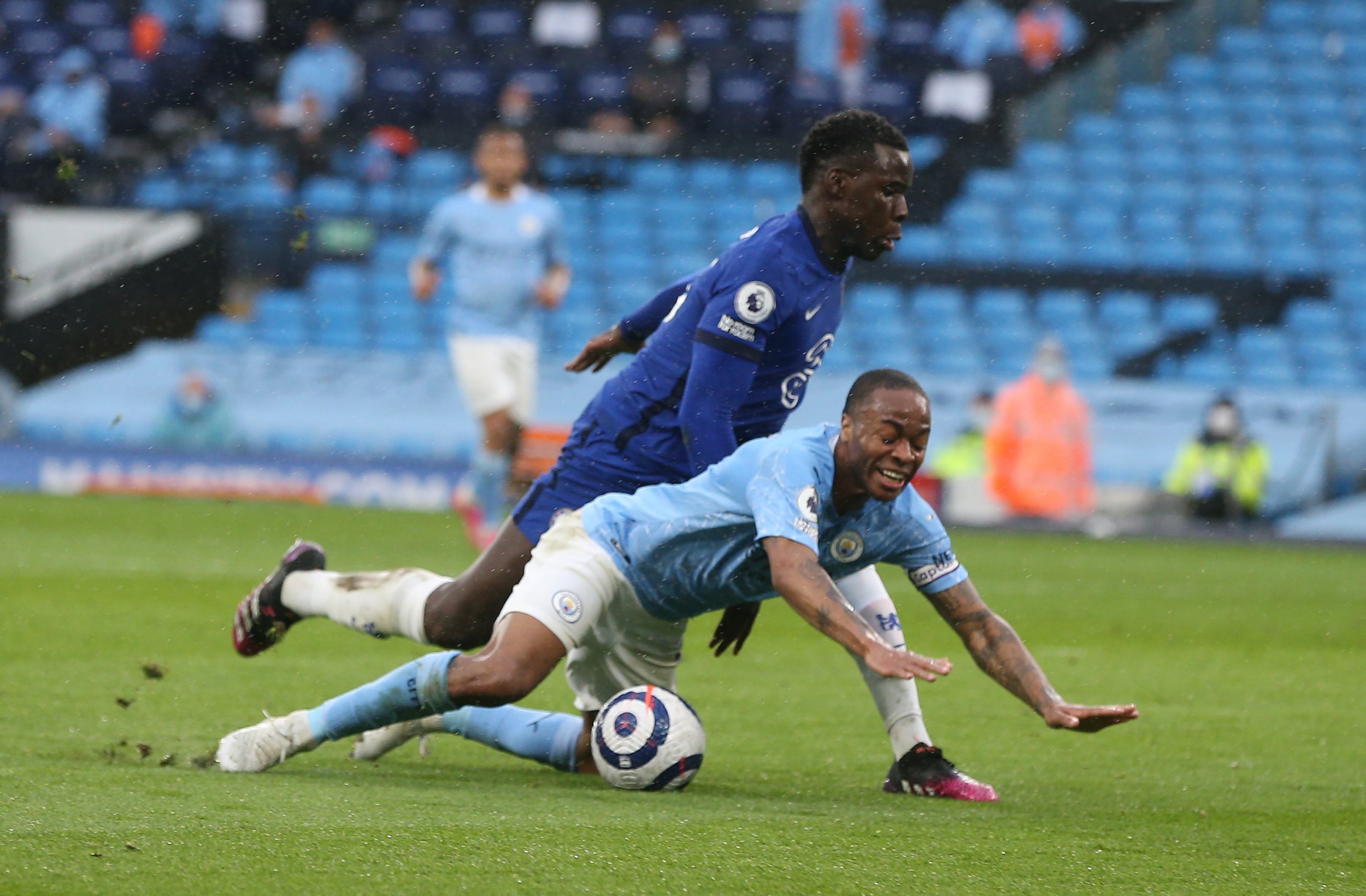 Manchester City should have been awarded a penalty for Kurt Zouma’s collision with Raheem Sterling during their defeat to Chelsea, according to former Premier League referee Dermot Gallagher.

Pep Guardiola’s side took the lead in the first half through Sterling, while Sergio Aguero squandered the chance to extend the hosts’ lead as his Panenka penalty was saved by Edouard Mendy.

Chelsea improved after the break and Hakim Ziyech pulled Thomas Tuchel’s side level before Marcos Alonso turned in Timo Werner’s low cross to secure a 2-1 win for the visitors at the Etihad Stadium.

But Guardiola felt aggrieved after referee Anthony Taylor waved away City’s claim for a penalty after Zouma appeared to clip the back of Sterling’s leg inside Chelsea’s area.

‘I think it’s a penalty, it’s clumsy, he doesn’t play the ball,’ Gallagher told Premier League Productions when asked about the incident.

‘It is a penalty in my view but I think it is so minimal contact that VAR looks at it, is it a clear an obvious error? He’ll say no, leave it with the on-field [decision].

‘Many, many times we’ve asked for the on-field referee to make the decision. I think in this case it’s left to the on-field [decision]. I feel he’s got it wrong.

‘What I would say is he’s made a genuine decision and I can’t see VAR overturning it.

‘What you have to remember is he’s [the VAR official] there to say if it’s a clear and obvious error. I think not, in my view it’s a penalty, but it’s so subjective.

‘A lot of people look at that and say there’s not enough contact. Only a few weeks ago we were talking about how many penalties have been given that wouldn’t have been given in previous years because the tolerance level for contact has been brought down so low.

‘So I think the balance has got to be – does a referee on the field think it’s a penalty? No. Does the VAR looking at it think it’s a clear and obvious error? He thinks no, so it’s left with the on-field decision.’