Manchester City star Bernardo Silva wants to play in Spain before the end of his career, he revealed. The Portugal international’s admission came just weeks after UEFA issued City with a two-year Champions League ban, which sparked fears of a player exodus.

Silva has made 140 appearances for City since his arrival from AS Monaco in 2017, which was a £45million deal.

The forward has developed into one of City’s most important players under Guardiola.

His value has skyrocketed following a successful two-and-a-half years in the Premier League.

Now, Silva has revealed that despite loving his time at City, he would like to play in La Liga one day. 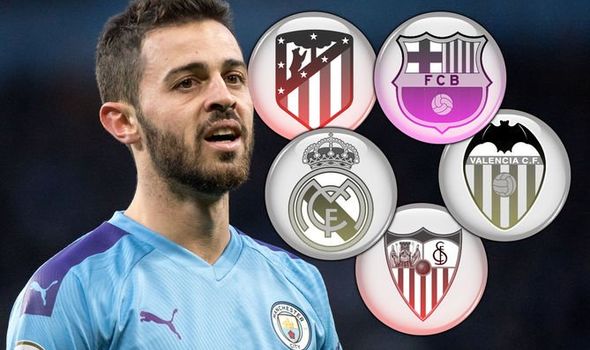 When asked if he’d like a move to Spain, Silva told SER Catalonia: “Maybe.

“But the Premier League is a competition that when I was very young I watched it on television, and I had always been very excited about playing here.

“I love playing here; the atmosphere of the stadiums, the way all people live football.

“But, of course I would also like to play in Spain one day.”

The 25-year-old also revealed his admiration of Lionel Messi.

The Barcelona hero is one of the best players in the history of the game, alongside Cristiano Ronaldo, he claimed.

Silva and played with Ronaldo on a number of occasions in the Portugal national team.

But, he’d also like the chance to play with Messi before the Argentine decides to hang up his boots. 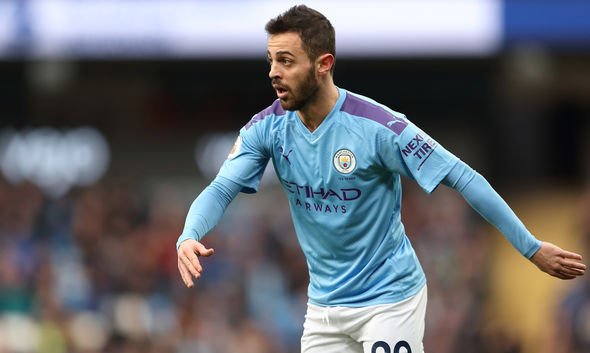 “I play with Cristiano Ronaldo in the national team,” said Silva.

“To say that I’d played with the two best players in history would be a pleasure.

“But it’s a complicated matter. If you want to come to City, you’d be welcome.”

Messi has been linked with a move to the Etihad Stadium this season, after a high-profile falling out with Barcelona chief Eric Abidal.

But, Pep Guardiola admitted that he hopes Messi stays at the Nou Camp until he retires.

Meanwhile, Silva has started 16 Premier League matches for City this season, including the last two fixtures.

The playmaker has scored seven goals in all competitions this season, while also providing eight assists for team-mates.

He’s now scored 29 goals for the Citizens since he arrived from Monaco.