Manchester City were back out on the pitch after their victory against Real Madrid, training at the home of Real’s rivals Atletico in bright sunshine on Thursday.

City players, in particular those who didn’t participate in Wednesday’s win, took part in some low-intensity exercises such as cycling on an exercise bike at the Wanda Metropolitano, where Liverpool won the Champions League last year. 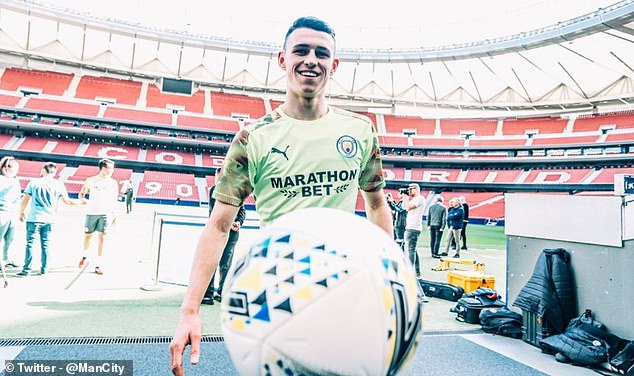 Phil Foden, who didn’t feature on Wednesday, smiles at training at the Wanda Metropolitano 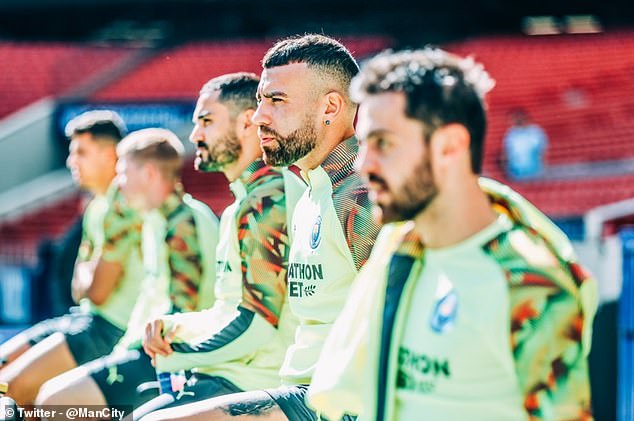 Those who played kept football to a minimum, instead working out on exercise bikes 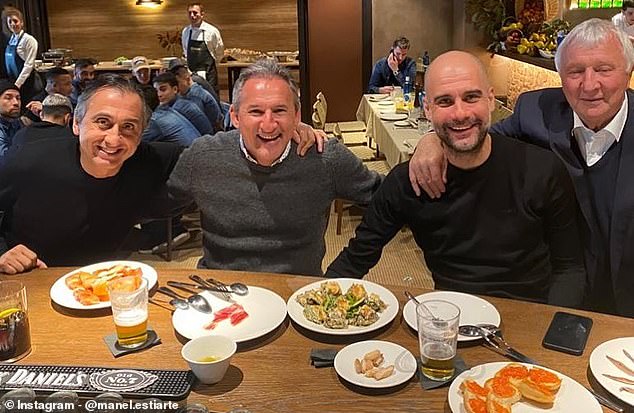 All the players and staff were clearly revelling the morning after a superb comeback victory against the 13-time European Cup winners at the Bernabeu.

After going behind to a second-half strike from Isco, City roared back with Jesus equalising and De Bruyne scoring the winner from the penalty spot after Raheem Sterling was impeded in the box.

Sergio Ramos was also sent-off late on, meaning he will be out of the return fixture on a nightmare evening for Real boss Zinedine Zidane. 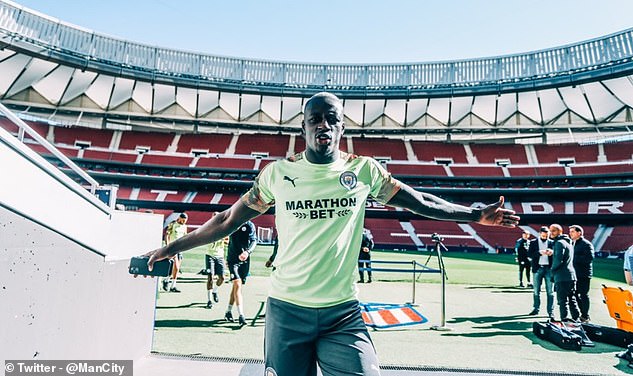 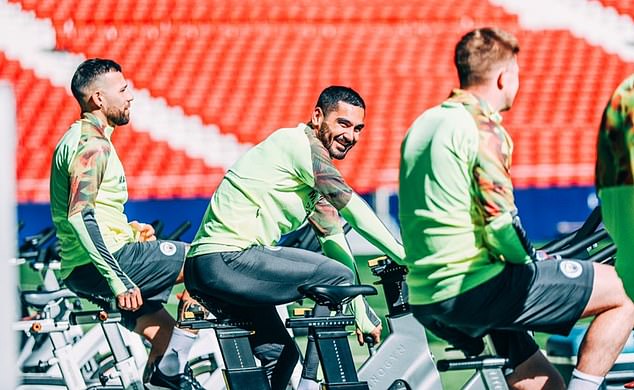 It means City have a 2-1 lead to take back to the Etihad for the second leg on March 17.

Guardiola said afterwards: ‘I’m happy for the victory but the performance as well, we played with good personality. I’m so proud. But it’s just the first step. It’s not over. Enjoy the moment and be calm.

‘This club only has one semi-final in the Champions League, we haven’t won anything. Winning at the Bernabeu is a great satisfaction for us. 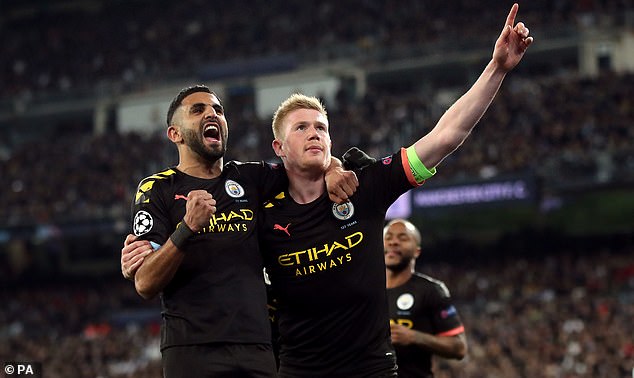 ‘We’re not used to do these things and hope it’ll help us in the future to believe in ourselves.’

Pep Guardiola’s side return to domestic duty this weekend, as they face Aston Villa in the Carabao Cup final at Wembley on Sunday.

Meanwhile, Madrid will have to dust themselves down and go again as they face fierce rivals Barcelona in El Clasico on Sunday, with just two points separating the sides at the top of La Liga.

Tags: at, City, Man, Me, THE, train, Wanda
You may also like
Latest Posts