Manchester United’s players will reportedly have a mission on the side during this summer’s European Championships, as they attempt to convince Harry Kane to  make a move to Old Trafford.

The forward has told Tottenham of his desire to leave his boyhood club at the end of the season, putting a number of Premier League and European giants on high alert.

It’s Manchester City who are the favourites among the bookies to sign the England captain, with their long-term talisman Sergio Aguero set to depart at the end of the campaign.

However, United are also heavily linked with a move for Kane, with The Times reporting they are preparing a substantial bid for the 27-year-old, and are even willing to subsidise any loss of earnings should he submit a transfer request.

It is understood that Kane wants his future resolved quickly – ideally before the start of Euro 2020. But that is unlikely, and according to The Sun, Harry Maguire, Luke Shaw and Marcus Rashford will attempt to convince the striker to choose them over City and Chelsea throughout the Championships. 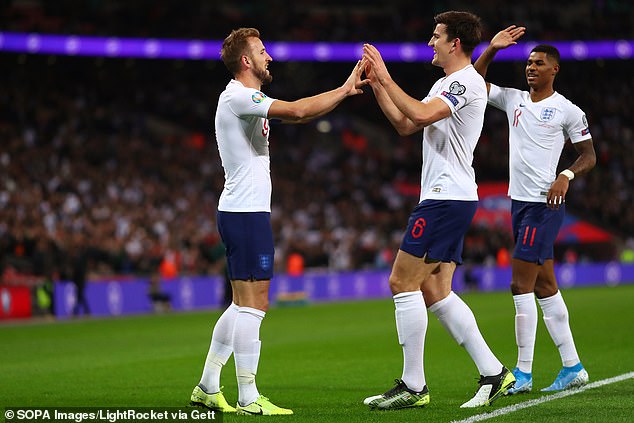 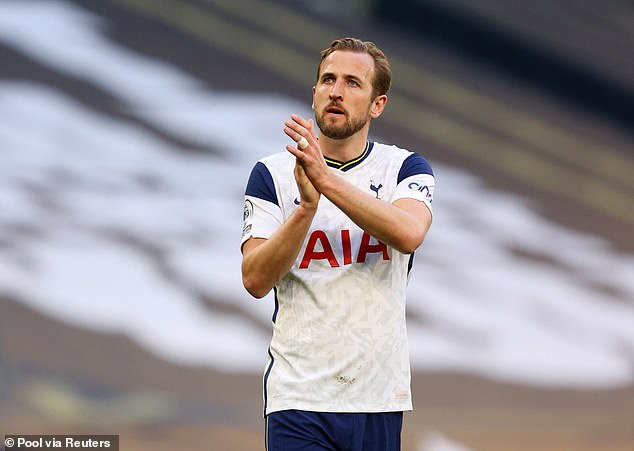 With three years remaining on Kane’s contract at Tottenham, notoriously tough negotiator Daniel Levy does have considerable power in any negotiations that do take place this summer.

Meanwhile, it’s understood that Tottenham would not even consider discussing a deal for their talisman unless a club comes close to their £150million valuation.

However, speaking in a highly insightful interview with Gary Neville for an episode of The Overlap podcast earlier this week, Kane insisted it will be he who decides his future, not Levy.

Asked whether his career was at a crossroads, Kane said: ‘I think so. I think it’s definitely a conversation to be had with the club.

He added: ‘I’m sure that [Daniel Levy] will want to set out the plan of where he sees it but ultimately it’s going to be down to me and how I feel and what’s going to be the best for me and my career this moment in time.’ 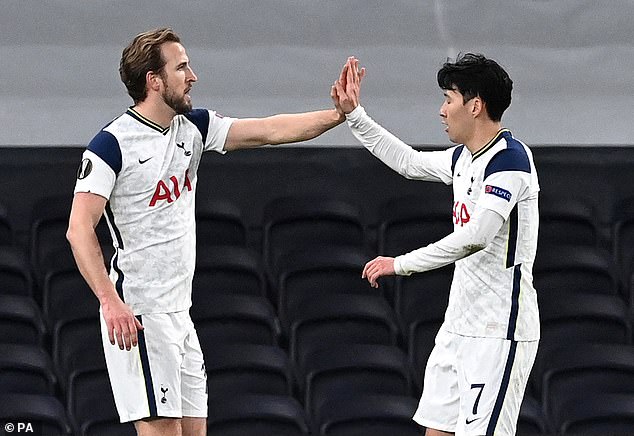 Kane has just one game remaining for Tottenham this season, away at Leicester, as the north London club make one final push for a Europa League spot.

But he will then quickly join up with his England team-mates, with Gareth Southgate set to announce his 26-man squad on Tuesday, before they play their first pre-tournament warm-up game against Austria on June 2.

There, he will be alongside Rashford, Shaw and Maguire, providing the latter is fit enough to partake in the tournament.

Should Kane join United this summer, he will face competition from Edinson Cavani, who has signed a one-year contract extension to keep him at the club until the end of the 2021/22 season.

There had been some thought that Cavani’s extended deal would see United relinquished their interest, but Ole Gunnar Solskjaer has refused to rule out signing another striker. 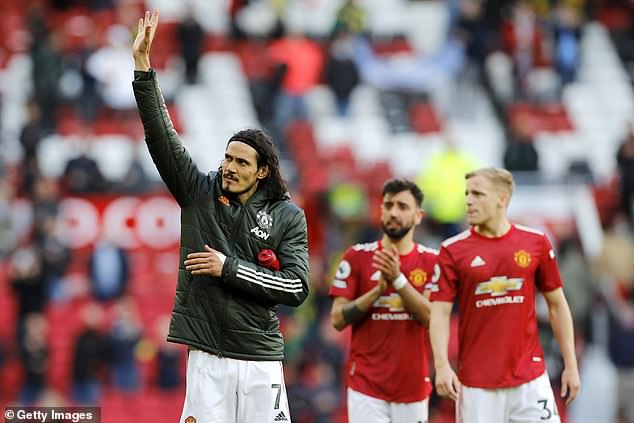 ‘Of course I can’t [rule out signing a striker],’ Solskjaer said after his side drew 1-1 with Fulham on Tuesday.

‘Yeah, Edi signed but how many good strikers have we had at this club?

‘I can’t say we’re not signing a striker, of course not. Because we’re building towards a better squad, we’re top three two years on the bounce but not where we want to be.

‘Hopefully we end up with a stronger squad when we start next season and be more consistent to challenge the one in front of us.’

The Norwegian also refused to discuss the potential signing of Kane when asked earlier in the week, however.

‘I can’t talk about players at other teams,’ he said. ‘You know me well enough, I don’t think that’s very respectful of any team.

‘There are loads of good players out there – I could say [Lionel] Messi and [Cristiano] Ronaldo are interesting, but I can’t talk about them, you know that.’

Tags: Man, stars, to, United, work
You may also like
Latest Posts