After the match finished 1-1, all 20 outfield players scored their kicks to set up sudden death between the two goalkeepers. Villarreal goalkeeper Geronimo Rulli scored his before saving De Gea’s, as United’s wait for a trophy under Ole Gunnar Solskjaer goes on.

United were frustrated in the first half in Gdansk, with a cross from Luke Shaw that flashed across the face of goal the closest they came to troubling the Villarreal goal.

Villarreal striker Gerard Moreno struck his 30th of the season to give his side the lead from a free-kick shortly before the half hour, before United equalised in the 56th minute after Edinson Cavani was in the right place at the right time to turn the ball into the net following a corner.

Cavani had a goal-bound header cleared by Pau Torres but the final went into extra time without United forcing Rulli into any meaningful saves.

Here are five things we learned from the Europa League final…

After falling behind to Villarreal, United did well to claw themselves back into the game and re-establish control in the second half. Eventually, the pressure told with Cavani drawing United level.

But what followed was a damning indication of Solskjaer’s hesitancy to use his bench. By the time the United manager made his first change in extra time, Villarreal had already made five, and it seemed to completely change the game.

From being on top, the momentum had swung back towards the Spaniards. United looked short of ideas, and there was a lack of movement from the bench to change that.

It was perhaps understandable; Daniel James and Donny van de Beek would have been the likely attacking changes, but would either have given United a better chance of winning than Fernandes or Rashford?

Eventually it was Pogba to make way for James, but with only five minutes to go the Welshman had little opportunity to get into the game. It led to a frustrating extra time period, in which United let their control slip away and found themselves in the unpredictable scenario of a shootout.

We already knew that United needed to strengthen their squad ahead of next season if they are to challenge for the title, but Solskjaer also needs to be able to trust his bench and alter the flow of a match when required. He didn’t do that here.

Unai Emery does it again

This was Emery’s fifth Europa League final in eight seasons, with his third different team. It’s a stunning record, and despite struggling to replicate the success during his time at Arsenal, the Europa League final victories where his Sevilla and Villarreal sides shut down Liverpool and United respectively are magnificent achievements for the coach.

The Spaniard’s gameplan was clear, to sit in with two banks of four and Gerard Moreno and Carlos Bacca pressing from the front.

Even before taking the lead, Emery’s side were frustrating their opponents and limiting them to few chances. Their approach was working, There was no space for Fernandes around the box to drop into, which led to the Portuguese dropping deeper and deeper to get onto the ball.

They took their chance when it came, with Moreno prodding home from a wide free-kick, but in the second half Villarreal lacked any threat or pace on the breakaway to cause United further problems.

As Villarreal retreated deeper and deeper into their own box, Emery withdrew Bacca in favour of defensive midfielder Francis Coquelin, which helped Villarreal regain a bit of control.

His side improved further in extra time following a raft of substitutes, which helped them shut United down in extra time. For Emery to win his fourth Europa League title – with a club the size of Villarreal, against a European giant like United – is an incredible feat. 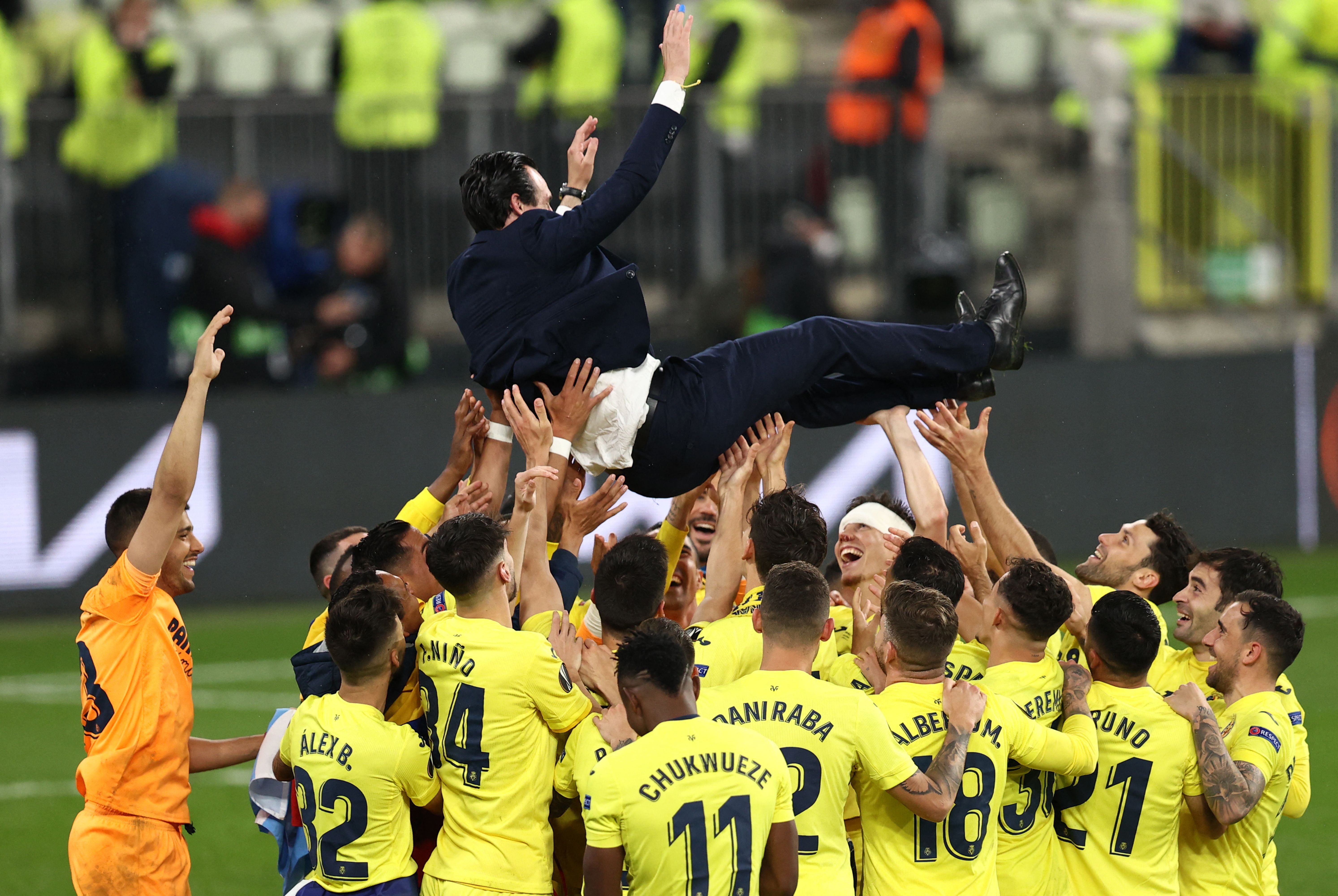 United continue to concede from set-pieces

All season long, United’s defending from set-pieces has not been good enough for a team with ambitions for challenging for the league title and competing for trophies.

Even this month, Solskjaer’s side conceded key goals from set-pieces in defeats to Leicester and Liverpool at Old Trafford. Those goals were from corners, but it has been a weakness of United’s for a long time, and nothing has been done about it.

It would be easy to say that the loss of Harry Maguire was a factor here, but even when the England defender has been in the team United have still conceded cheaply from dead-ball situations. It points to a deeper problem.

Here, Moreno ran away from Shaw and found the space behind Lindelof, who couldn’t recover. The cross was excellent but the fact Moreno got there ahead of his defender pointed to a striker who was more determined to get the first touch onto the cross, as well as issues with United’s defensive shape.

It’s an area that United must fix ahead of next season. They would take a big step forward if they manage to, because their defensive record from open play is strong.

Cavani leads from the front

When United needed a goal in normal time, of course it was Edinson Cavani who stepped up.

This was thought to be Fernandes’ team but in the space of a matter of weeks, Cavani’s importance has grown to such an extent that it now feels as if he has as much influence on the team as the Portuguese.

The 34-year-old has scored nine goals in his last 10 games for the team and has become a leader on the pitch, as well as a fan favourite, during that time.

His equalising goal was a poacher’s finish, but Cavani offers so much more than that. His workrate is extraordinary – and there was one moment during the first half in which the Uruguayan chased back following a Villarreal break to help block a cross into the box.

Many questioned the sense of signing Cavani at the start of the season, with the move reminding many of United’s signing of Radamel Falcao a few years before. Few would have guessed how well the striker has done since joining the club.

A word, too, for Scott McTominay who was United’s best player in Gdansk. 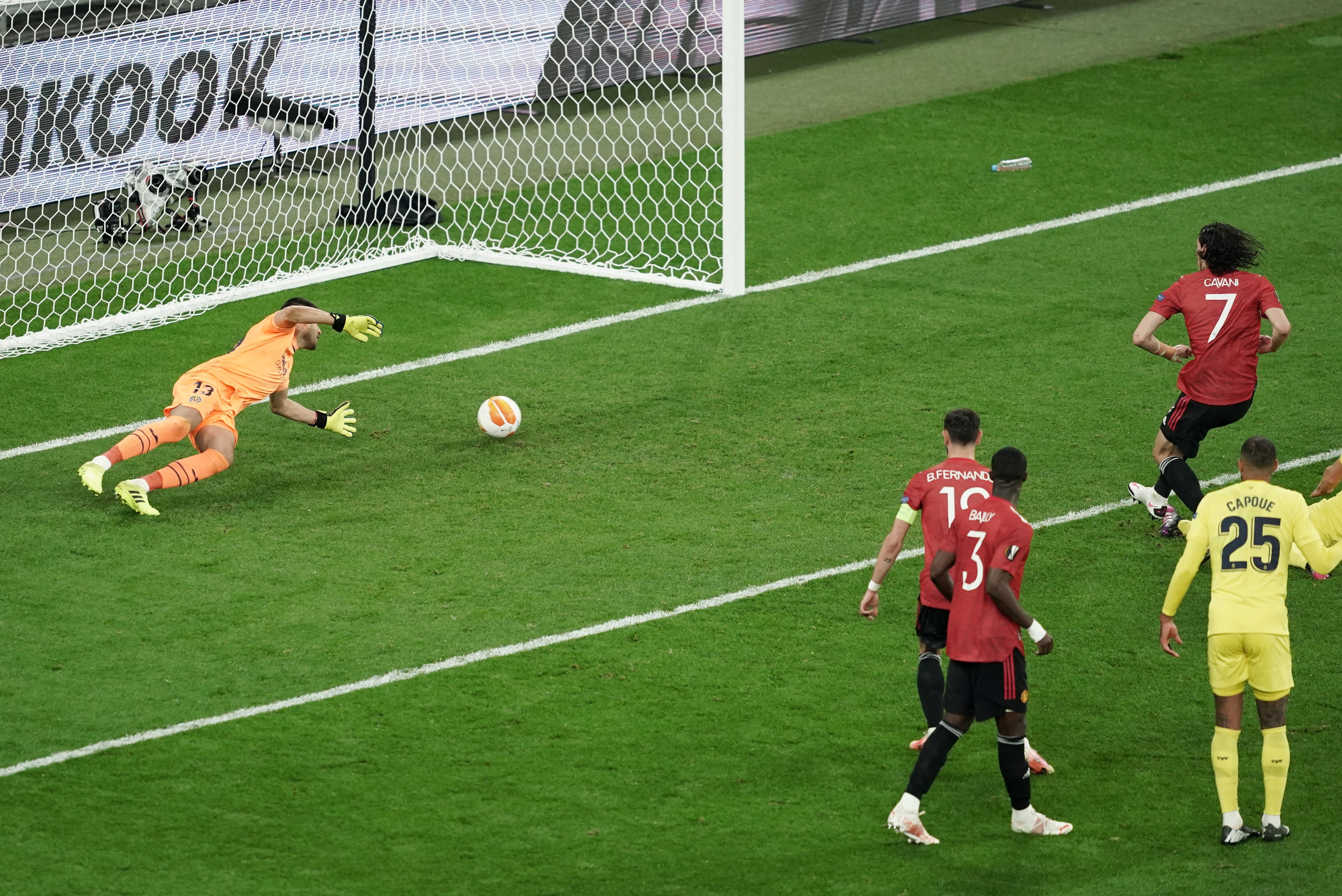 Rashford struggles a worry ahead of the Euros

Despite being restored to his preferred position on the left wing, Marcus Rashford was United’s least effective attacking option against Villarreal.

Mason Greenwood was far more dangerous on the opposite flank, and for whatever reason Rashford did not have the same impact on the left.

The England forward also missed a sitter during the second half, in a move that was eventually brought back for offside, but Rashford did not look at all confident as he approached the chance and he scuffed his effort.

Given England’s attacking options ahead of the Euros, Gareth Southgate remarkably still has Phil Foden and Raheem Sterling to call upon on that side of the pitch.

Rashford could have put himself back in contention for that spot with a strong performance here, but instead it was a missed opportunity from United’s number 10. 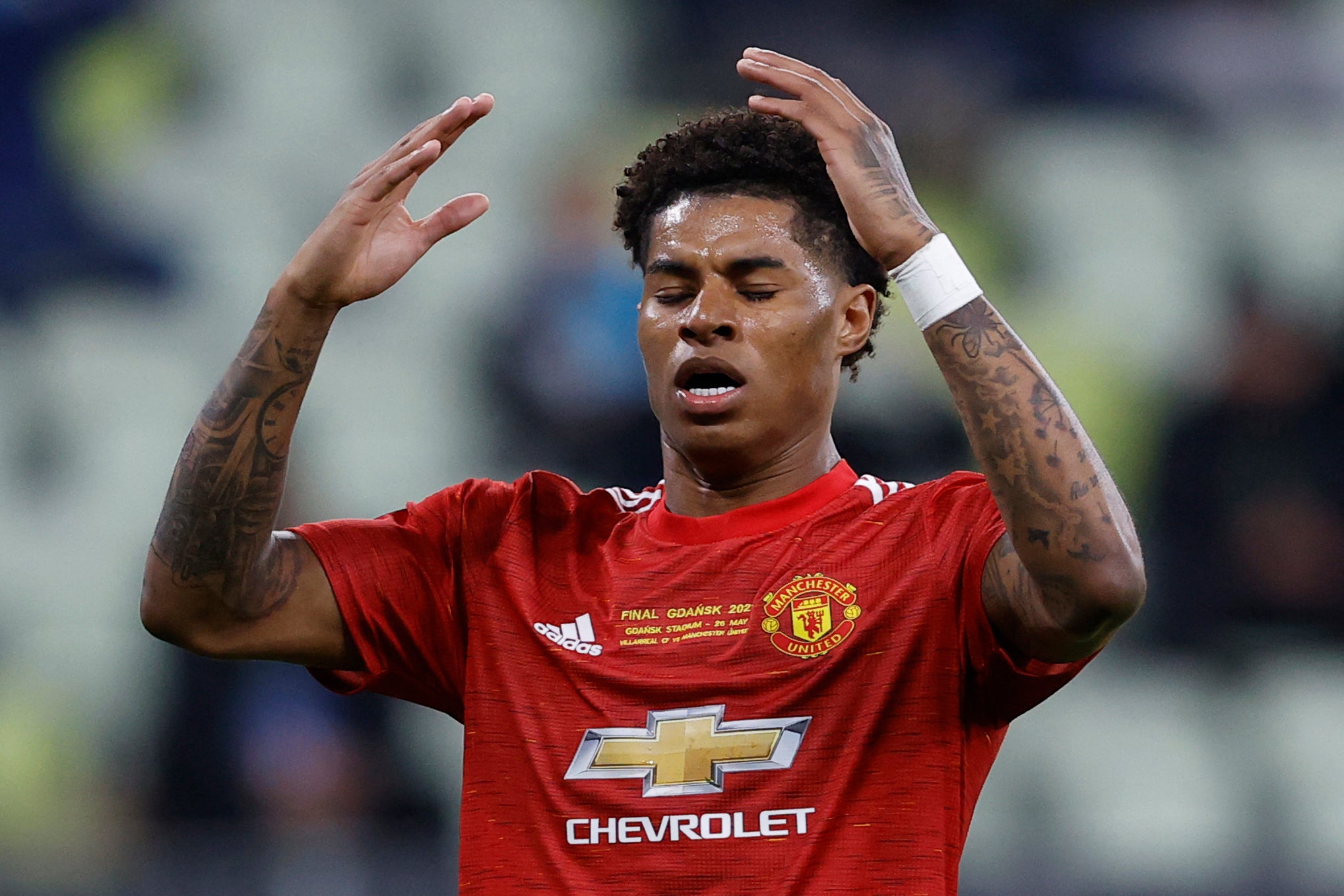 Tags: Europa League, Villarreal
You may also like
Latest Posts