Cristiano Ronaldo has been charged by the Football Association for the incident in which he appeared to smash a phone out of the hand of a young Everton fan in April. The FA believe that the Manchester United forward’s conduct amounted to improper and/or violent conduct under rule E3.

The Red Devils had just suffered another dismal defeat in the Premier League under then-interim head coach Ralf Rangnick. Anthony Gordon scored the only goal of the game in a 1-0 Everton win.

United had just started what would ultimately be a six-match run of losing each of their final away matches in 2021-22. Ronaldo’s frustration boiled over as he headed off the pitch at Goodison Park.

A young supporter had waited by the exit that leads towards the temporary away facility at the stadium, and Ronaldo took exception to goading from fans. He leant over and struck the phone out of the youngster’s hand. 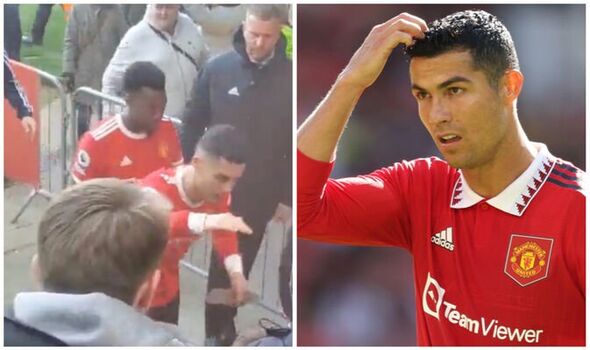 The 37-year-old has since been cautioned by police over the episode. The FA have now charged him with improper/violent conduct.

A statement issued on Friday read: “Cristiano Ronaldo has been charged with a breach of FA Rule E3 for an incident that took place after Manchester United FC’s Premier League match against Everton FC on Saturday 9 April 2022.

“It is alleged that the forward’s conduct after the final whistle was improper and/or violent.”

Ronaldo issued a grovelling apology on social media after the clip went viral. He was interviewed by police officers after a report of assault and criminal damage was made to Merseyside police. The former Real Madrid striker was given a caution. 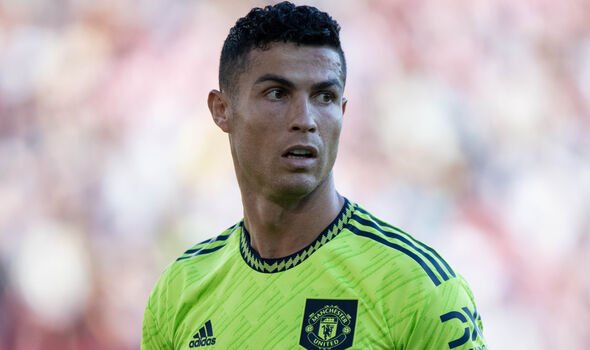 Taking to social media following the incident, Ronaldo wrote: “It’s never easy to deal with emotions in difficult moments such as the one we are facing. Nevertheless, we always have to be respectful, patient and set the example for all the youngsters who love the beautiful game.

“I would like to apologise for my outburst and, if possible, I would like to invite this supporter to watch a game at Old Trafford as a sign of fair-play and sportsmanship.”

The parent of the child in question, Jake Harding, declined Ronaldo’s offer of a visit to Old Trafford to meet Ronaldo. Sarah Kelly told the Liverpool Echo: “We’ve kindly declined the offer to go to United because Jake doesn’t want to go there and he doesn’t want to see Ronaldo. He’s made that pretty clear.”

United’s next outing is the Manchester derby on October 2. Ronaldo has not started any of his side’s last four Premier League fixtures.