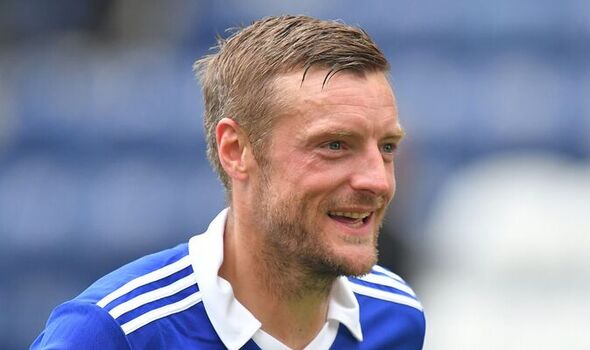 Manchester United and Chelsea are both informed on the future of Jamie Vardy as his Leicester runs down at the King Power Stadium, according to reports. The former England international is now in the final 12 months of his current deal in the East Midlands and the prospect of an unlikely Leicester exit is now beginning to gather pace.

Foxes legend Kasper Schmeichel has now moved onto pastures new and the club are set for a period of transition having signed no players this summer, to date.

Vardy is one of the players that could potentially move onto pastures new and there are said to be a number of clubs monitoring his situation.

According to 90min, two of those are Manchester United and Chelsea, who could look to push ahead with a bolt-from-the-blue transfer at a cut-price.

Vardy’s dwindling Leicester contract means he could be available on the cheap and with both Premier League giants looking for a striker, he could prove to be an unlikely solution. 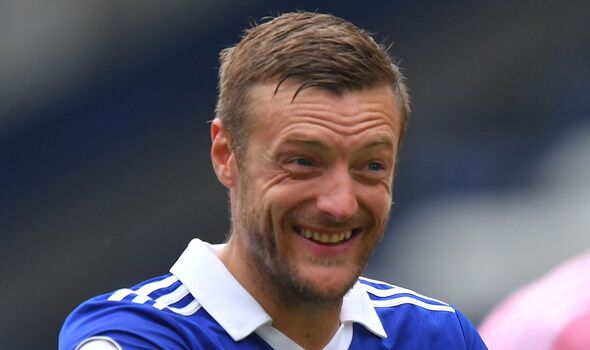 The 35-year-old was set for contract talks with Leicester this summer but so far, there has been little progress between the parties.

Brendan Rodgers said in May: “There probably will have been some discussions behind the scenes, but at this moment in time, we’re quite relaxed on it.

“He’s very happy here. I’m sure we’ll assess it and look at it in the summer.”

Rodgers has already ruled out the departures of Wesley Fofana and James Maddison this summer but he may have trouble keeping his players that are approaching the end of their contracts – including Vardy.

Youri Tielemans is also in the final 12 months of his deal with Arsenal and Manchester United among those linked with the Belgian.

Caglar Soyuncu also has less than a year left to run on his current deal but there have been no takers for the Turk to date.

United are in the market for a new No 9 with Benjamin Sesko of Salzburg and Stuttgart’s Sasa Kalajdzic among the names of attraction.

Erik ten Hag is still optimistic Cristiano Ronaldo will stay at the club despite his clear desire to depart for pastures new.

At Chelsea, the Blues are still yet to find a replacement for Romelu Lukaku following his return to Inter Milan.

Armando Broja could remain in west London but Pierre-Emerick Aubameyang is another name of interest to Todd Boehly and Thomas Tuchel.

The former Arsenal captain previously played under Tuchel at Borussia Dortmund before joining the Gunners in January 2018.