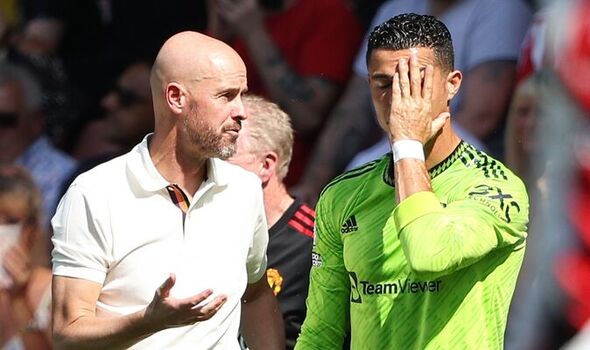 Manchester United boss Erik ten Hag has jokingly apologised to “Moldovan fans” hoping for confirmation on whether or not Cristiano Ronaldo will start against FC Sheriff on Thursday. Ronaldo has had to make do with a bit-part role at United this season under Ten Hag with just one Premier League start in six games.

He played the full 90 minutes in United’s Europa League opener against Real Sociedad last week. But the Portuguese superstar was ineffective as Sociedad came away with a shock 1-0 victory.

The striker came in for heavy criticism after spurning a number of chances in the game. Ten Hag has now had a full week to prepare his side for the trip to Moldova for their second Europa League tie of the season against FC Sheriff.

The Moldovan side got off to a strong start last week with an impressive 3-0 win over Omonia and sit top of the group after just one game. United will be heavy favourites going into tomorrow’s game though and Ten Hag will likely want a response from his side’s surprise defeat to Sociedad.

Changes will be made after Marcus Rashford, Anthony Martial, Aaron Wan-Bissaka and Donny van de Beek all unavailable. With both Martial and Rashford not travelling with United, Ronaldo seems the obvious choice to start up front.

But Ten Hag refused to give anything away when asked directly whether the 37-year-old will start tomorrow night. “I’m sorry but the Moldovan fans will have to wait until tomorrow,” he said. 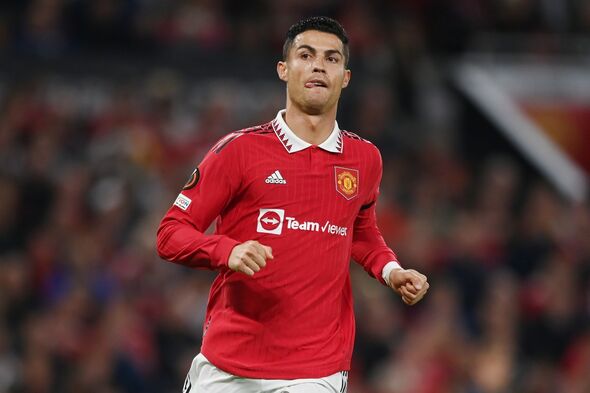 Rashford was missing from United’s squad last week and Ten Hag has confirmed the England international picked up a muscle injury against Arsenal. With United’s scheduled match against Leeds this Sunday being postponed, their next match after FC Sheriff won’t be until October 2 in the Manchester derby.

And Ten Hag has hinted that Rashford could be back fit in time to play against Manchester City.

“No, I don’t think too long, but I cannot tell how long,” he said. “It’s not really bad and we expect him to be back quite soon.”