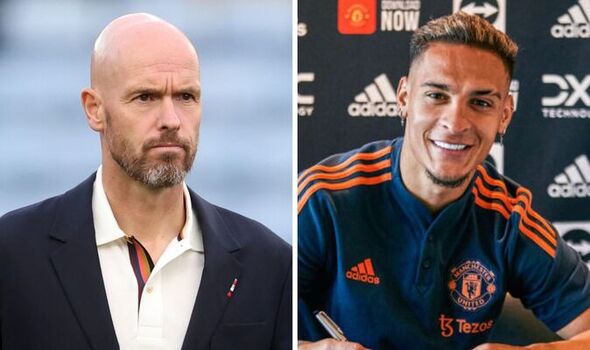 Erik ten Hag has refused to confirm whether new signing Antony will be in the Manchester United squad to take on Arsenal this weekend. United are now up to fifth in the table with the win over Leicester having found a way to pick up victories.

Ten Hag’s side were far from their best against a Leicester side devoid of any confidence. Jadon Sancho’s goal proved the difference in the end, but Leicester began to build up some rhythm in the second half as United appeared to sit back.

United were able to ride the pressure with David de Gea not tested on too many occasions. It’s now three consecutive wins in the league for the first time since December last year with Arsenal set to provide a real test this weekend.

Mikel Arteta’s side have maintained a perfect record through the opening five games and the team to beat in the Premier League at the moment. Antony should be available for Ten Hag following his £85million transfer from Ajax and United fans will be keen to see the Brazilian in action. 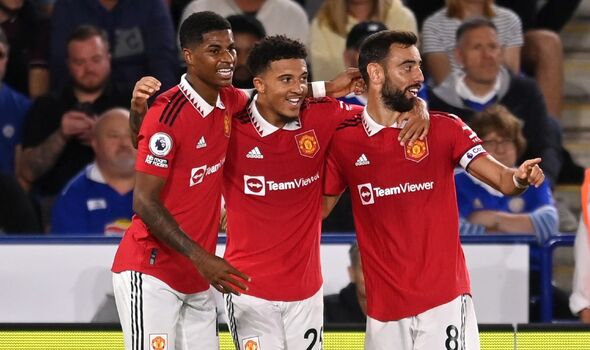 But Ten Hag has refused to confirm whether the 22-year-old will play any part of the match on Sunday. When asked whether Antony will play against Arsenal, Ten Hag said: “We will see for Sunday.

“Today is his first training – individual – then we have two team sessions and then we will see.”

The game against Leicester was another chance for United fans to catch a glimpse of Casemiro, who joined Cristiano Ronaldo in coming on as second-half substitutes. And Ten Hag is happy to have those calibre of players available to him on the bench.

“We need it. We need a good squad, we need numbers, we have a lot of games to cover,” Ten Hag added.

“So we’re happy with Casemiro, Ronnie to get fitter and fitter will give more contributions to the team. We need not only a team, but we need a squad.” But while United are picking up a good run of form with three consecutive wins, Ten Hag accepts there is still “room for improvement”.

“It is another step forward so I am happy with that,” he said. “We showed good team spirit. We had 11 players the on pitch who fought for each other and scored a lovely team goal.

“Still, there is improvements to make but that is normal at this stage of the season. There were many spaces that we did not exploit that well. With better decisions we should have scored a second goal. We have to be more ruthless, but, as I said there is room for improvement.”