Manchester United manager Erik ten Hag has publicly demanded his players to follow orders and make better decisions in their Premier League clash against Liverpool on Monday night. The Red Devils will be in action for the first time since capitulating at Brentford, making it two defeats in as many games to start Ten Hag’s reign.

The Dutchman was spotted on camera shaking his head as Bryan Mbeumo slotted home the fourth and final goal in last Saturday’s 4-0 rout. Mistakes from several United stars, most notably David de Gea and Christian Eriksen, stained a dismal performance that Ten Hag later implied went against his tactical plan.

United face Liverpool, who have also endured a disappointing opening two games, trying to prevent starting their campaign with three straight defeats. And Ten Hag has rallied his under-fire players to stick to the plan, improve decision-making and match the visitors’ work rate.

He said: “Naturally, we are disappointed with how our first two games have gone. I have made my thoughts clear on those performances to the players in private, and it is clear that we have to do much better against Liverpool. 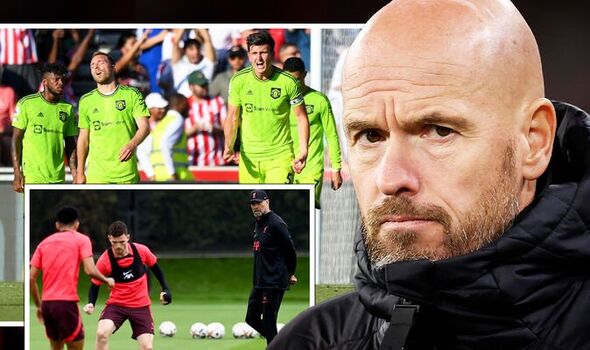 “That means following plans and making better decisions at key moments in the game. Most importantly, it means at least matching the opposition’s effort and desire to win. We know that there is a lot of work to do to reach the standards we all expect of Manchester United.

“But the first step in that process is for players to work together and put in the maximum effort in every game. I demand a lot of the players but also of myself. I am always learning, and I will continue to give all my time and energy to get this club on the right path. 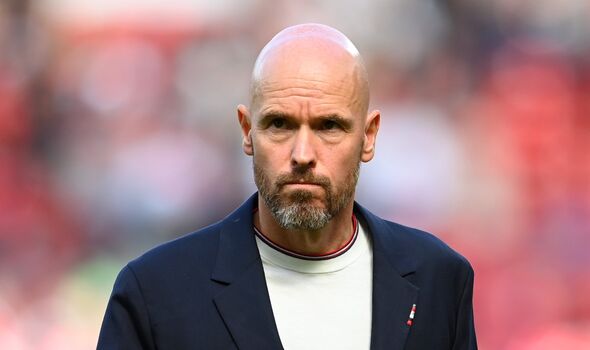 “I knew when I came to Manchester United that there was a big job to do and that I would need to be patient, as will everybody around the club. But I also know that these players are able to do it, and with patience from our supporters, they will get there sooner rather than later.”

United’s poor start to the season has been highlighted by a lack of signings in a summer where six first-team stars left on free transfers. But the club are primed to back Ten Hag with a flurry of late activity, starting with the £70million capture of Real Madrid midfielder Casemiro. The Brazilian could be introduced to the Old Trafford crowd before Monday’s grudge match.