Fernandes has seamlessly slotted into the heart of United’s midfield and he scored his first Premier League goal yesterday.

The Portugal international opened the scoring from the penalty spot against Watford and then laid on a through ball for Anthony Martial to add a second.

Mason Greenwood added the finishing touch in a 3-0 route at Old Trafford.

And Solskjaer hailed his new star by expressing his disbelief at the cost of the transfer.

“In today’s market I think we got a good deal,” said Solskjaer. “Bruno has come in, done really well and given everyone a boost. 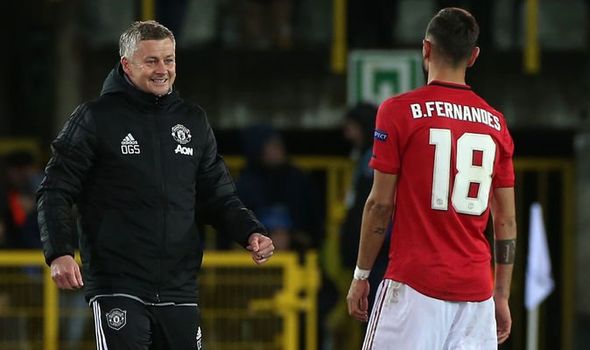 “It means more than just getting a player in, and the fans here are used to players with that personality, mentality and quality.

“He’s felt like a presence in the group from the first minute. Some players take some time in warming up, but he felt confident right away.”

“He has come in and given everyone a big boost, not just the team, but the supporters too,” the Norwegian added.

“He felt from the first minute like a big personality in our group.

“He was confident straight away and is like a mix of Scholes and Veron.

“Bruno Fernandes is quicker than he looks. Very excited by having him in.

“He has come in, given everyone a boost and wants to conduct a game. There are big games coming up now.” 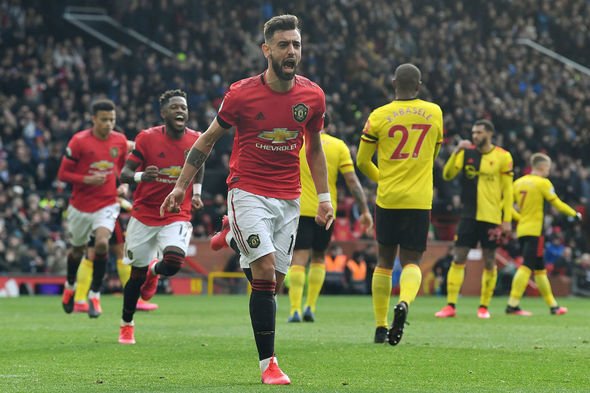 Meanwhile, Fernandes was delighted to net his first goal for the club.

He said: “This is the day every player wants to have. This is what I want to do and what I need to do.

“Everyone knows we want to get into the Champions League places. I am here to help the team conquer this place and keep winning games.”

The win over Watford lifts United up to fifth in the Premier League table, three points outside the Champions League places.