Manchester United boss Ole Gunnar Solskjaer has confirmed Anthony Martial didn’t pick up a hamstring injury in training, but is still uncertain whether he will feature this weekend against Everton. Martial was expected to feature in the game against Brugge on Thursday evening, but he was not included after failing a fitness test ahead of the match.

The 24-year-old has been in terrific form of late, scoring in each of his last three games.

His two goals in the Premier League have helped United in their quest to push for a top four spot with Chelsea now just three points ahead of the Red Devils.

But Solskjaer is now sweating over the fitness of Martial ahead of Sunday’s away trip to Goodison Park.

The good news for the United manager is Martial didn’t suffer any injury to his hamstring.

JUST IN: Europa League draw start time: What time is the draw today? 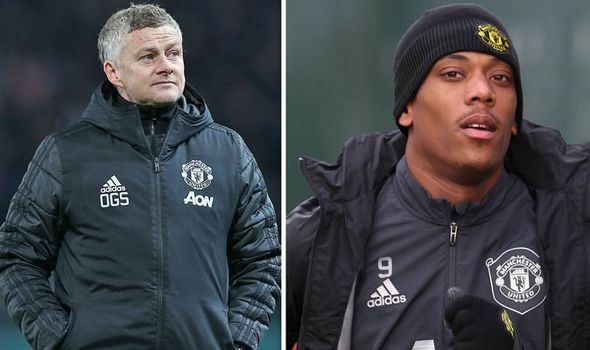 However, Solskjaer still isn’t sure whether the France international will recover in time to feature against Everton.

“I don’t know, he went off training yesterday, just had treatment,” Solskjaer said.

“He tried today, to be fair, he reported, had a fitness test this morning.

“It’s not a hamstring, it’s his thigh, in and around the knee, so I don’t know.”

Martial’s absence clearly didn’t affect United against Brugge though as they fired five past the Belgian league champions to advance to the last 16 of the Europa League.

Bruno Fernandes continued his hot streak with another goal from the penalty spot after Simon Deli’s comical sending off.

Odion Ighalo, making his first start since joining in January, bagged his first goal for the club with Scott McTominay also marking his foray back into the starting line-up with a goal before half-time.

Fred rounded off the resounding win with a brace late in the second half – his first goals for United since joining in September 2018. 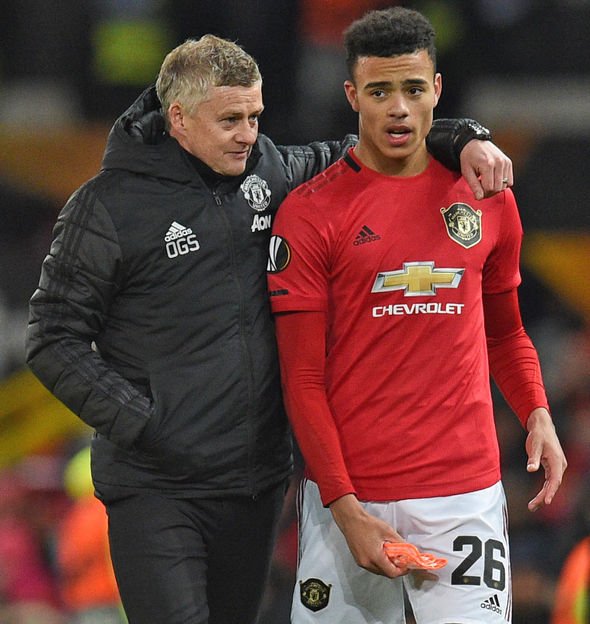 And Solskjaer was as surprised as anyone to see the Brazilian get on the scoresheet.

“I wasn’t sure if I was going to be alive the next time he was going to score a goal because he’s had so many attempts,” the United boss said.

“It’s been an ongoing joke between us of course, but he got that goal and I’m very pleased for him.”