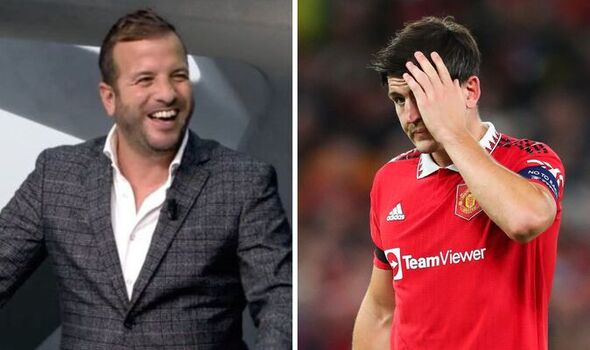 Rafael van der Vaart has continued his personal vendetta against Manchester United captain Harry Maguire – by once again mocking the England international defender on Dutch TV. The former Tottenham midfielder has taken several unnecessary swipes at the £80million centre-back since retirement during his time working as a football pundit.

Speaking on Ziggo Sport, the 39-year-old, who is renowned for his ruthless trail of thought, stated he does not rate AC Milan left-back Theo Hernandez very highly during analysis of the Rossoneri’s Champions League clash with Dinamo Zagreb.

He said: “Theo Hernandez, I think it’s a very average player. It’s the same with his brother. These two think they are really good, I think they are not good at all. They are lucky to play for such clubs.”

When quizzed on whether the Hernandez brothers are not surely doing something right given they play for two of Europe’s biggest clubs in AC Milan and Bayern Munich, Van der Vaart decided to poke fun at Maguire once again. 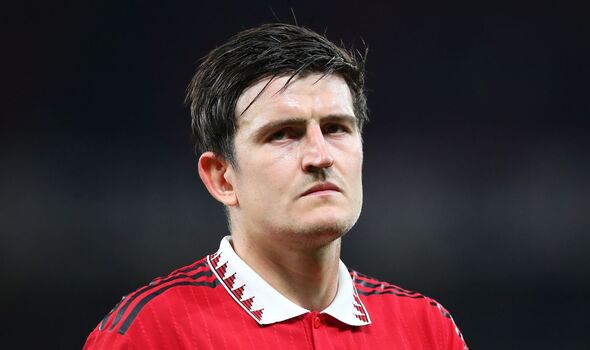 He responded: “Yeah well, there are many players who share the same example. Harry Maguire is probably the best example. But let’s not talk about him too much,” before laughing.

Van de Vaart’s criticism of Maguire started way back in 2019 when he was working for Sky Sports as a pundit. He said: “It’s funny because we [Netherlands] were in the Nations League against England.

“I was working for the Dutch television and I remember we were saying: ‘Harry Maguire… he was by far the worst player on the pitch’. And then two months later, £80 million. Unbelievable.”

Two months later in October 2019, he was at it again – questioning why United paid a world-record fee to sign the ball-playing defender.

“When I watch an amateur game on Sunday, I see three players like him. I’m serious,” he said.

“It may sound silly, but he will not hear it anyway. After all, we’re talking about a €90million transfer here. Then [Virgil] van Dijk is worth about €300 million.”

Nearly one year later in the summer of 2020, Van der Vaart spoke out again after Maguire was nutmegged against Bournemouth at Old Trafford.

“I think Maguire goes home every day and tells his wife: ‘I screw up, but I earn so much. They really believe I’m good’. I really think so, he laughs at everyone,” he said.

The retired attacking midfielder was at it again for a fourth time after Liverpool thrashed Man United 5-0 at Old Trafford in the Premier League last season when he once again tore into Maguire’s defending.

He said on Ziggo Sport: “I talk about Harry Maguire so much, so I try to avoid him. But he is really s**t. I have said this so often. I can’t get away from the fact Manchester United have paid €90m for him. That’s how much he cost!”

Maguire has had to be thick-skinned since making his £80m switch to Manchester United from Leicester over three years ago.

The experienced Red Devils captain now has plenty of work to do to cement his place in Gareth Southgate’s England squad after losing his place in the Manchester United side.