Erik ten Hag is 'happy and satisfied' after victory of Liverpool

Manchester United are reportedly planning to submit an offer for PSV Eindhoven attacker Cody Gakpo once the Eredivisie side have played their crucial Champions League qualifier against Rangers tonight. The Red Devils are said to have ‘serious plans’ to sign the winger while it is thought PSV would reluctantly accept an offer in the region of £42million for one of their prized assets.

PSV are potentially just 90 minutes away from reaching the Champions League group stage for the first time since the 2018-19 season with Rangers all that stands in their way. The pair couldn’t be separated at Ibrox last week, playing out a 2-2 draw, but in Wednesday night’s second leg something has got to give.

The stakes appear particularly high for PSV, with more than just Champions League football on the line. Ruud van Nistelrooy’s side are aware securing a spot in Europe’s elite club competition would go a long way to convincing star winger Gakpo to stay for one more season.

According to De Telegraaf, PSV’s Champions League second-leg play-off against the Scottish Premiership side could be Gakpo’s final appearance for the club as United continue to wait in the wings. The Dutch outfit’s hopes of retaining the 23-year-old are understood to hinge on whether they can overcome Rangers at the Philips Stadium. 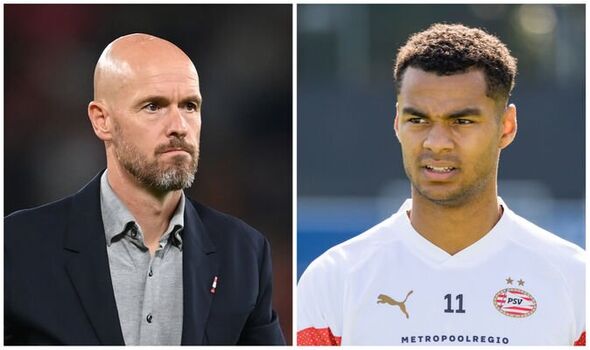 Amid reports United won’t act on their interest in Gakpo until after the clash out of respect for PSV and Van Nistelrooy, the Dutch outlet goes on to claim that the Red Devils have ‘serious plans’ to sign the Netherlands star before the transfer window closes next week. Ten Hag’s team have also been boosted by the news that Gakpo himself is understood to be growing increasingly open to the idea of playing under his fellow countryman at Old Trafford.

PSV have made no secret of their desire to keep hold of Gakpo this summer as they plot an assault on the Eredivisie title this season. However, the Dutch side are said to accept that his ‘departure cannot be prevented’ should they receive the ‘right’ offer, with their demands thought to be set at a mammoth £42m.

Speaking ahead of Wednesday night’s second leg with Rangers, PSV manager Van Nistelrooy admitted he was “relaxed” about the situation surrounding Gakpo while he also lauded the winger for his continued focus despite the incessant speculation over the attacker’s future. He said: “I think I am very relaxed about the situation. 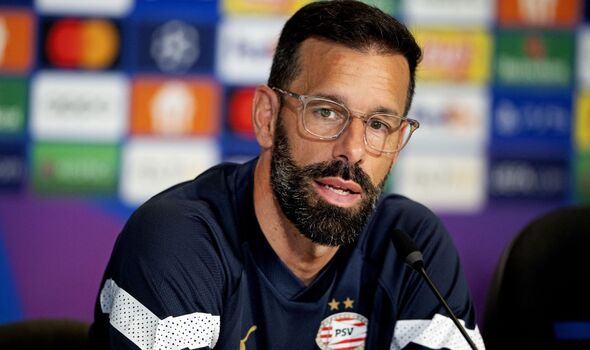 “There have been rumours about him since the beginning of the season almost eight weeks ago. And we have not seen Cody changing his behaviour up to now. There were rumours over the whole period and I admire that a lot in him.

“He is working on his development on a daily basis, playing in games and reaching his level. He is not distracted, he is focused on the games he has to play and focused on tomorrow’s game with his teammates. For a young guy like him it is special to see that attitude.”