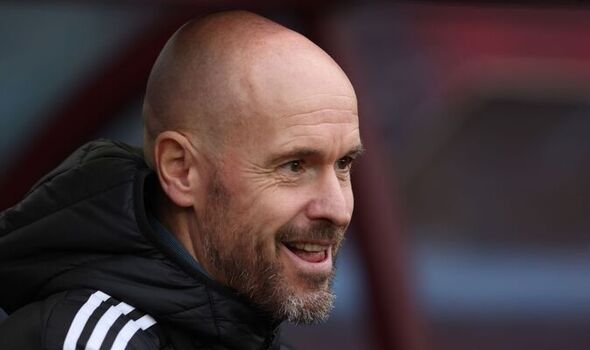 In the words of Xavi – this was the worst possible draw for Barcelona. The feeling will undoubtedly be reciprocated at Old Trafford after Manchester United were paired with the most prestigious club from the pool of high-profile Champions League dropouts after finishing second in Group E to Real Sociedad.

United had to win by two clear goals in the Basque Country last Thursday to cement top spot but they fell just short despite triumphing 1-0 on the night courtesy of an excellent goal from Alejandro Garnacho.

And to make matters worse, the two teams were the first names out of the hat during the draw – meaning it was simple fate that these European giants were destined to face each other at this stage of the competition.

Yet while there will be unavoidable feelings of distress, the tie could actually prove to be a blessing in disguise for Manchester United boss Erik ten Hag.

Firstly, you have to beat the best to be the best and if United cannot beat Barcelona now then there would be no point in going further into the competition only to lose to the Catalan giants at a later stage.

The Europa League is renowned for having negative implications for Premier League clubs and their domestic form, particularly when you are having to play Thursday-Sunday.

Not only that but the competition also has an extra round when you finish second in the group, meaning United will technically be playing two European matches while the majority of their Premier League rivals are resting up.

Furthermore – on the plus side – if United are victorious then they would have knocked out one of the best sides left in the competition to strengthen their chances of going the full distance.

Finishing in the top-four is, without doubt, the priority for Ten Hag, but the later the season rumbles on, the Europa League does represent a lifeline in regards to Champions League qualification.

The winners are automatically guaranteed a place in next season’s competition, offering additional incentive to take the Europa League seriously.

Ten Hag has made it clear he intends to resurrect the fortunes of United and turn them into a major force once again.

In order to achieve that, this is exactly the kind of tie where the Red Devils will have to prove their worth having enjoyed several memorable battles with their opponents over the years.

In many ways, the fact these two sides are playing each other at this stage of the Europa League is fitting because it epitomises their demise.

The last time these two sides met was in the quarter-finals of the Champions League in 2018/19 when Barcelona prevailed 4-0 on aggregate.

A lot has changed since then, not least Lionel Messi moving onto pastures new with Paris Saint-Germain and Cristiano Ronaldo returning to Old Trafford after leaving Juventus last year.

Barcelona host United in the first leg at Camp Nou on February 16 before United welcome Barca to Old Trafford for the return fixture one week later on February 23.

Xavi is well aware of United’s improvement under Ten Hag and he is seemingly frustrated with the draw given Barcelona have probably been dealt the worst card on the table.