Ole Gunnar Solskjaer says Manchester United duo Scott McTominay and Axel Tuanzebe have bulked up in the gym during injury lay-offs, as they look to provide power for Club Brugge clash

Ole Gunnar Solskjaer has claimed both Scott McTominay and Axel Tuanzebe have been bulking up in the gym during their injuries.

The pair have been on the sidelines for an extended period of time — although McTominay made his return from the injury he suffered in December against Watford at the weekend.

And along with Tuanzebe — who has also been out of action since the end of last year — the Manchester United pair have been working out. 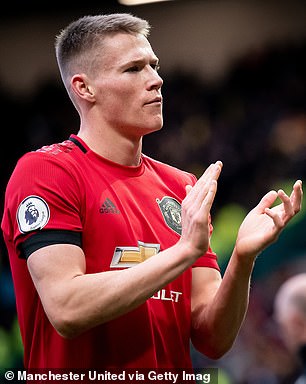 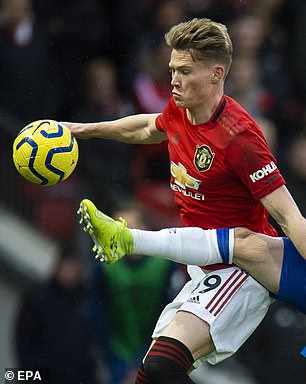 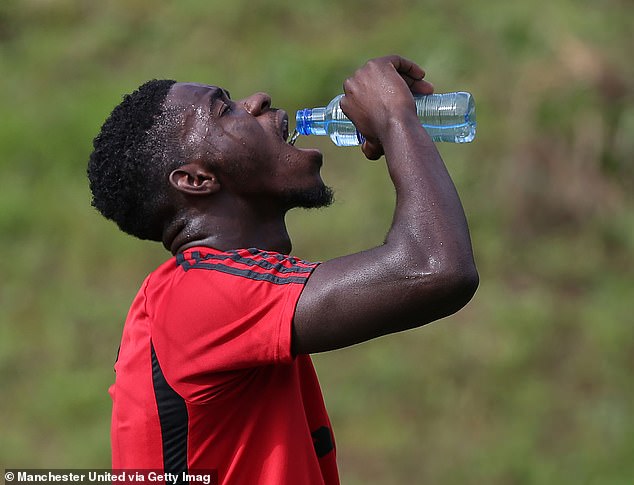 Axel Tuanzebe has also been piling on the pounds, according to Ole Gunnar Solskjaer

When asked about them looking as though they have piled on the pounds, Solskjaer told ManUtd.com: ‘Well, when you’re injured, you can’t be out on the pitch running around so you do different things and programmes.

‘You’ve got to be positive and say where can I make the difference for me now? What can make me a better player? If I can’t be on the pitch running, what can I do?

‘They have both been building up and ready and physically fit, as you say, because it’s a strong part of their game. 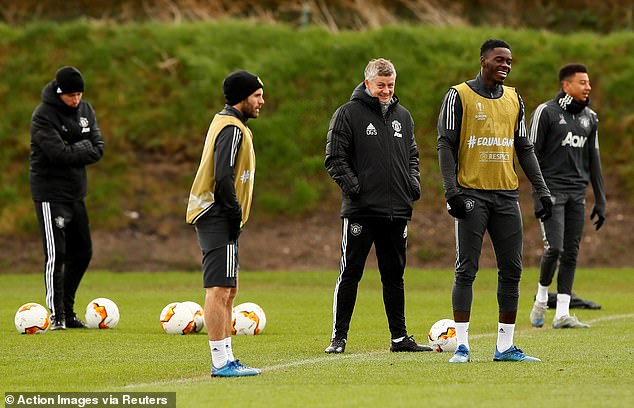 Solskjaer also admitted McTominay is able to play for longer than his brief cameo against Watford.

The Norwegian added: ‘He’s ready for more minutes than the 10-15 he got the other day.

‘He’s training really hard and has come back, if possible, more motivated and ready for the last part of the season.’

The pair might hope to be involved when United take on Club Brugge in the Europa League on Thursday night. The aggregate score is tied at 1-1 after the away leg.

Tags: and, duo, Man, McTominay, Tuan, Utd
You may also like
Latest Posts