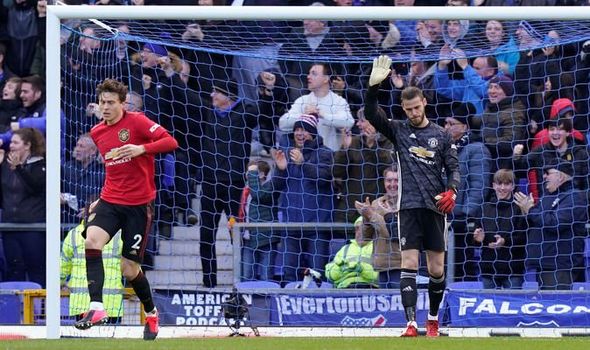 Manchester United star David De Gea has been blasted by fans after his mistake in the Red Devils’ Premier League clash with Everton on Sunday. The Spain international endured a shocking start to the game at Goodison Park, hoofing the ball straight at Dominic Calvert-Lewin. 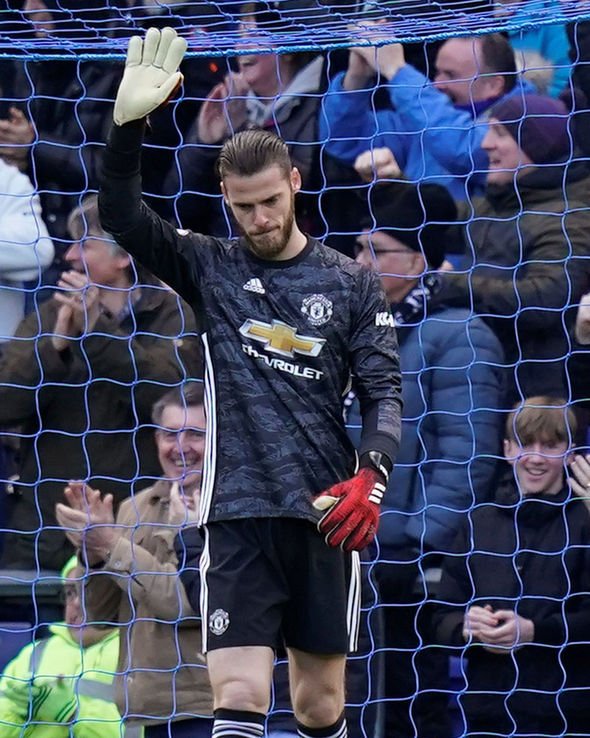 The ball then trickled into the net and fans have taken to social media to criticise De Gea for his costly mistake.

“What the f***” were the words of one supporter, straight to the point.

“De gea you donkey,” said a second fan annoyed by the goal.

“Recall Henderson and play him in the second half,” said a third supporter.

And another said: “Get Henderson back ffs.”

De Gea has been impressive for United in recent times having struggled at the start of the Premier League season.

But his mistake means Ole Gunnar Solskjaer’s side have it all to do this afternoon.

“Safe to say that opener caught many of the press box on the hop,” he said.

“What a bizarre start to the game, but at least David de Gea stopped it being two in as many minutes.

“He’s on loan at the Blades from Manchester United.”