Manchester United boss Ole Gunnar Solskjaer will no doubt be feeling good about his chances to progress to the Europa League quarter-finals after drawing LASK in the next round, but he may have even more reason to be optimistic because of Bruno Fernandes. United avoided potentially tricky ties against the likes of Inter Milan, Sevilla, Roma and Wolves among others as they drew LASK.

This is the first time the Austrian outfit have reached the last-16 of the Europa League having knocked out AZ Alkmaar in the previous round.

It will also be the first meeting between United and LASK, but one player at United has recent experience of playing against the Austrian league leaders.

Fernandes, who moved to Old Trafford in January, faced off against LASK in the Europa League group stages during his time with Sporting Lisbon.

And he played a key role in securing all three points against LASK as he popped up with a goal and assist.

JUST IN: Europa League prize money breakdown: How much can clubs earn? 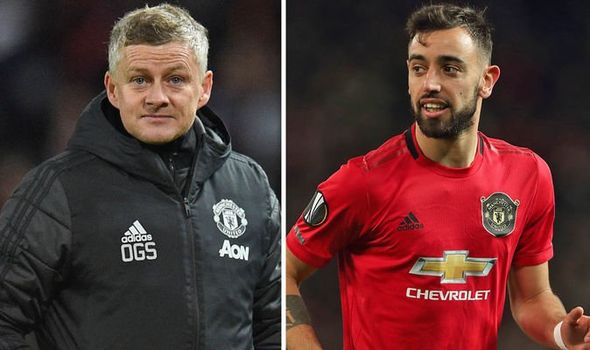 LASK did enact revenge on the Portuguese side in the final group game, but Fernandes didn’t feature as he was suspended.

United will no doubt be hoping Fernandes will have a similar impact in the last-16 tie.

And some Red Devils fans are confident the Portugal international will brush LASK aside in leading United to the quarter-finals.

One supporter wrote: “No need to hope for miracles LASK. We’re Manchester United and we’ve got Bruno at the wheel.”

Another tweeted: “Bruno Fernandes against LASK? Been there and done that.”

A third posted: “Bruno Fernandes vs LASK? Completed it mate.”

One other said: “So Bruno already played against Lask and scored So he’s got a clear idea about them.” 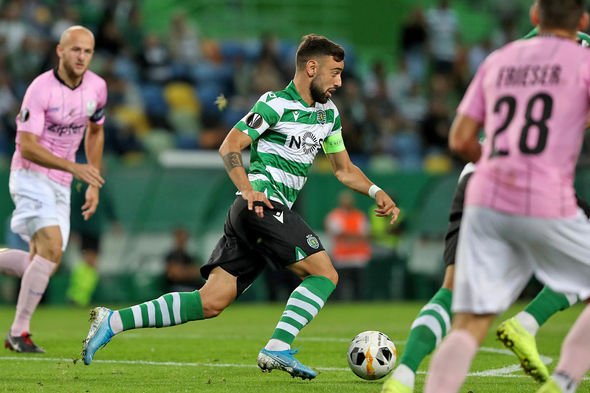 Fernandes has already made an instant impact since making his debut for United, with the club unbeaten in all five matches he has played so far.

He has also scored twice from the spot as well as registering two assists with Solskjaer singing the praises of the January signing.

“You can see he’s got a hand in all the three first goals. What a pass, what a goal Odion’s goal was.”