Manchester United fans have compared the desire to return from injury in Everton star Andre Gomes to their own midfielder, Paul Pogba. Gomes broke his leg in a horrific collusion with Tottenham’s Son Heung-min in November, but made his Premier League return against Arsenal on Sunday.

It took just 112 days for Gomes to return to first-team action for the Toffees.

The injury he sustained caused distress to players and spectators at Goodison Park in November, with fears over Gomes’ long-term future as a professional footballer.

But, he made a remarkable return to action against Arsenal on Sunday, as fans applauded his commitment and desire to get back into the team.

But, Gomes’ return sparked a furious response from United fans, as they drew comparisons to Pogba. 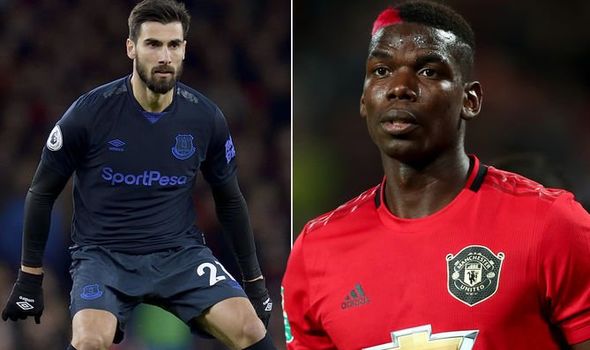 “Andre Gomes back for Everton after horrific injury while Pogba still AWOL! Says it all,” said one United fan.

Another supporter added: “Andre Gomes broke his ankle in a horrible way and is back in the squad 112 days later, yet Paul Pogba is still out injured. I’m not sure how that works, hmm wonder if there’s more to it with him.”

One Twitter user said: “So Andre Gomes is back on the bench after a horrific leg break but Utd fans are being told Pogba is injured still…”

Another United fan tweeted: “I would loveeee to know how andre gomes broke his leg and has made a recovery and comeback quicker then pogba.”

A supporter claimed: “Gomes wants to play for his club. Pogba doesn’t want to play for united. That’s why one is back in the team the other out injured still.”

One United fan demanded answers from the club. “@ManUtd how come Gomes from Everton can seriously break his leg and nearly end his career and still be back playing before Pogba and his mystery sprained ankle? If the player is refusing to play the club need to come out and say. Fans deserve to know the truth.”

A Red Devils supporter said: “Andre Gomes was excellent yesterday… dictating! And our pogba is still, i don’t know what he’s doing.”

Another fan added: “Gomes was eager to get back, Pogba seems to have no issues taking his time.” 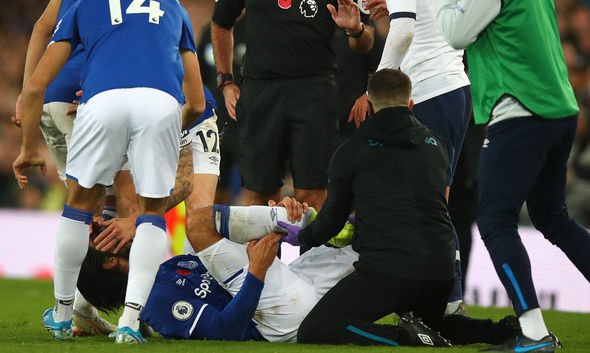 Pogba is currently recovering from a twisted ankle, he revealed last week.

He wants to make sure he’s fully recovered before returning to the team.

The World Cup winner has played just three league matches since the end of August.

He made a brief return to action for two games in December, but quickly returned to the treatment table.

Pogba claimed that he doesn’t want to return to the pitch until he’s sure he’ll be even better than when he left.

“Obviously [injuries] is something which will happen,” Pogba told KlitchskoOfficial, the Klitschko brothers’ official YouTube channel.

“You have to get ready for that. It can be very bad, or it can be a small injury.

“The injury that I had was a twisted ankle. Someone tackled me from behind, so it’s not something you can prevent.”

“The most important thing is to come back and not to get injured again.”