Man Utd: Forlan names who Cavani would thrive alongside

Ahead of Wedneday’s Europa League final, Ole Gunnar Solskjaer selected a much rotated side for the win at Molineux on Sunday. The likes of Anthony Elanga and Amad were handed rare starts, while Hannibal Mejbri and Will Fish made their senior debuts off the bench.

Manchester United fans have lavished praised on their younger stars after reviewing their performance against Wolves.

Ole Gunnar Solskjaer selected a much rotated side for the clash at Molineux on Sunday, with the likes of Anthony Elanga getting a second start, while Amad featured as the solo striker.

Off the bench, young defender Will Fish made his senior debut, as did promising midfielder Hannibal Mejbri.

And it was the performance of the latter in particular that caught the eye of the watching United fans. 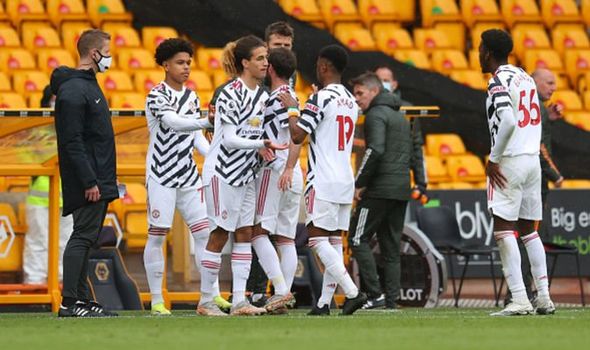 Despite only playing for 10 minutes, Mejbri showed what all the hype is about with some stellar touches and flicks, even managing to nutmeg Willy Boly at one stage.

A short clip was put together of Mejbri’s highlights from the game against Wolves.

This prompted supporters to give their reviews on him and the other youngsters United are bringing through to the first team. 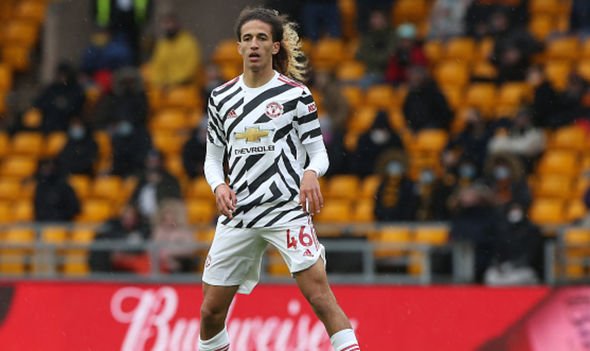 Replying to the video on Reddit, one supporter wrote: “Him and Amad are going to be stars, both got that United arrogance… get in.”

As a second put: “Both of them have so much balance which is an underrated quality I think, but Hannibal in particular is a pleasure to watch. So graceful.”

“I thought Elanga was massive as well,” contributed a third. “Looked like he had good awareness and was sprinting all over the pitch all game. Super excited for the 22/23 season now!”

“Sometimes you see a kid play and you just know what his trajectory will be,” commented another. “Whether it’s with us or another club he’s going to be unreal.

A fifth wrote: “They might actually become what we hoped [Paul] Pogba & [Ravel] Morrison would be for us, without Pogba moving abroad + Morrison’s attitude of course!”

“Him and Amad both had no fear in there play,” shared a sixth. “As you said, most debutants wouldn’t even try a nutmeg, but these two out here trying tricks and flicks. Very reminiscent of one C. Ronaldo.”