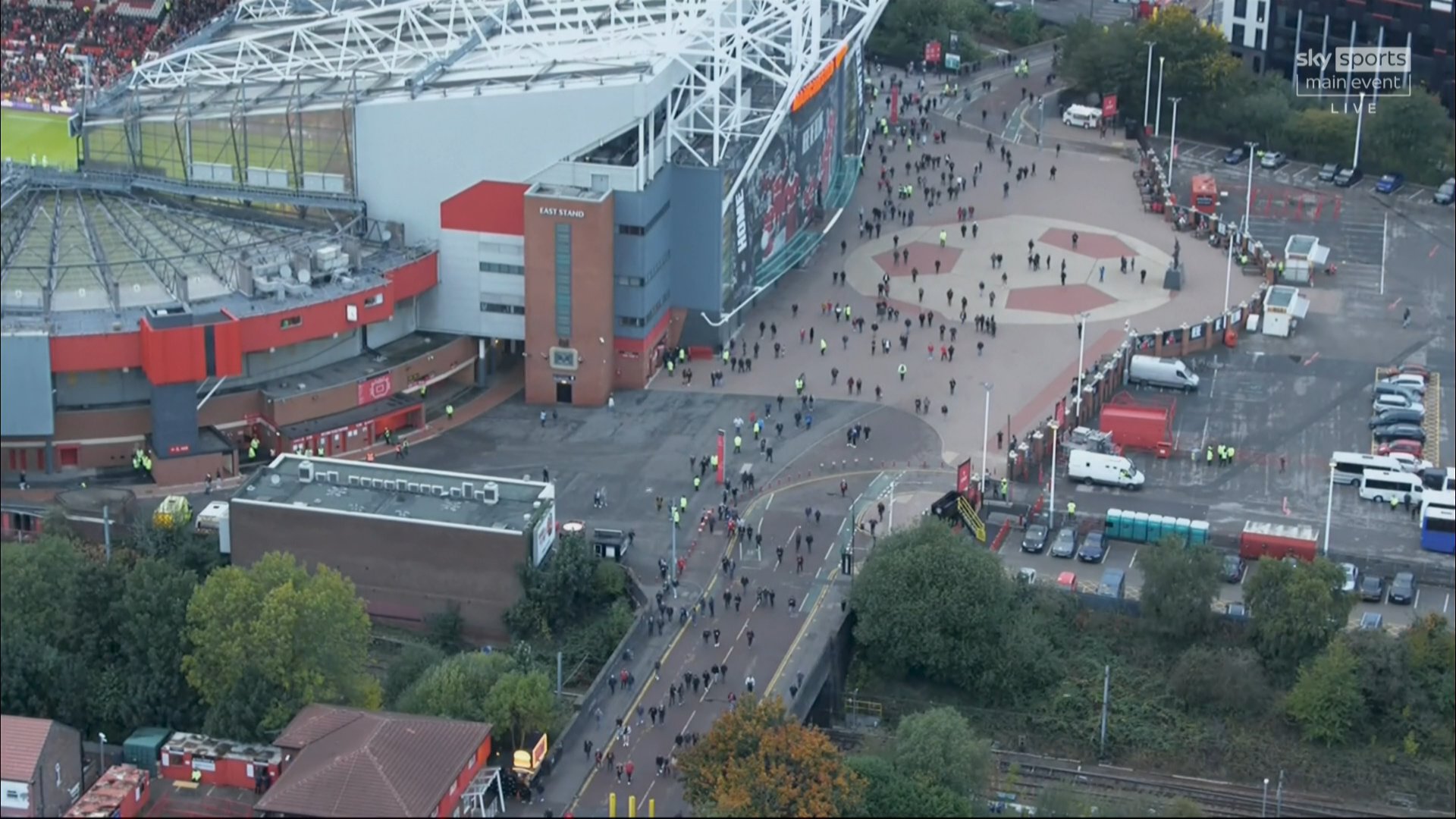 Manchester United supporters were seen leaving Old Trafford at half time following a woeful opening 45 minutes against Liverpool on Sunday.

Jurgen Klopp’s side flew out of the blocks against United and were two goals ahead after just 13 minutes through Naby Keita and Diogo Jota.

Mohamed Salah then scored twice before the break to round off a miserable opening half for United.

Ole Gunnar Solskjaer and his players were loudly booed off the pitch by United fans as they headed towards the changing rooms for the half-time break.

But the performance was clearly too much for some supporters as Sky’s cameras high above Old Trafford caught a wave of fans walking away from the stadium during the interval.

Salah completed his hat trick in the 50th minute, while Paul Pogba added to United’s misery as he was given a straight red card for his reckless tackle on Keita.

Speaking at half time, Gary Neville said: ‘Manchester United are reacting to a devastating first half.

‘That first half was nowhere near good enough. But it’s been coming.

‘Now they have played a good team, they have been torn to shreds. It has told them exactly where they are at.’