Manchester United have been boosted by suggestions that there is a “willingness” from Borussia Dortmund to do a deal for Jadon Sancho. That’s according to Sky Sports reporter James Cooper, who claims the potential swoop is very much alive with just four days remaining of the transfer market.

United finally made their move for the winger on Tuesday, tabling an offer worth a total of £90million.

That fell £18m short of Dortmund’s £108m valuation, a figure they have stuck by all summer during negotiations.

Sancho is ready to join United and has provisionally agreed a five-year deal at Old Trafford.

Personal terms are not thought to be a problem either and all that remains is for United and Dortmund to shake hands on a fee. 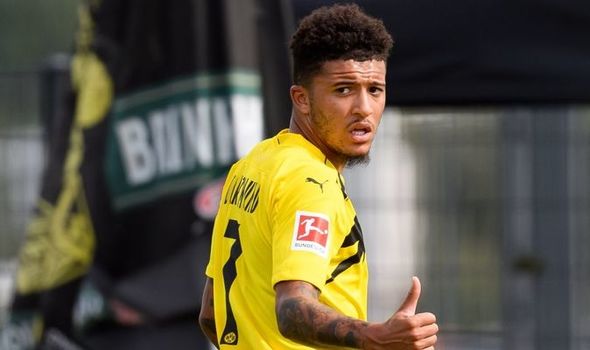 That is not a given though, with Ed Woodward adamant he will not overpay for United’s top targets anymore.

The club are now looking at alternatives including Barcelona flop Ousmane Dembele.

However, Cooper claims that in the background, Dortmund are still willing to negotiate a deal with United for Sancho despite their strong position.

He told Sky Sports News: “I think it’s interesting because they’re certainly still in the market for Jadon Sancho.

“I believe there’s a willingness on the player’s part to come to Old Trafford and equally he is their number one target as he has been throughout this transfer window.

“I think if you look at the way the deal has been structured in negotiation terms, Dortmund have insisted that Man United deal with an agent and intermediaries.

“There’s clearly a willingness from Borussia Dortmund to do a deal for Jadon Sancho but the problem at the moment is the deal they want to do and the deal Manchester United are prepared to do, there’s just too much ground between those. 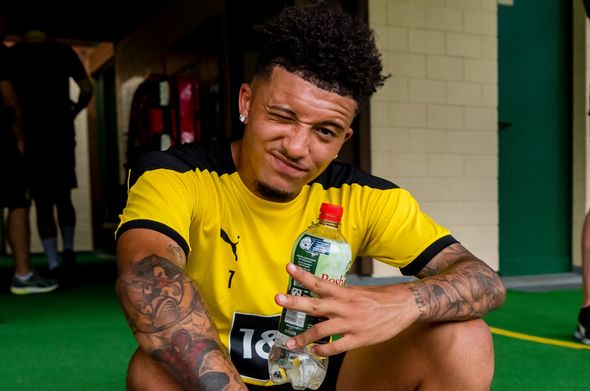 “Unless anything changes in terms of a major breakthrough, I think it’s less likely rather than more likely.

“There is an ethical line in this and we simply don’t know how much United have lost financially when it comes to COVID.

“I think all of these will be thrown into the equation when you weigh up whether United go back and offer even more than they already have for someone like Jadon Sancho.”