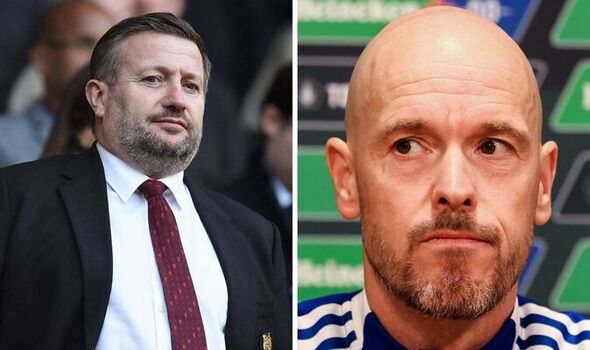 Manchester United are reportedly days away from announcing Erik ten Hag as the club’s next manager with the Red Devils just needing to agree terms with Ajax on his release clause. United have appeared to settle on Ten Hag as their preferred option to come in as Ole Gunnar Solskjaer’s long-term replacement.

Talks have been ongoing for several weeks with Ten Hag continually asked about links to United in recent press conferences. The Dutchman has remained tight-lipped on conversations with United, but now looks set to take over at Old Trafford in the near future.

The Guardian claim United will announce an agreement with Ten Hag in the ‘coming days’. The only thing left for United to do is reportedly to agree terms on Ten Hag’s £1.6m release clause at Ajax.

There is also the small matter of the length of Ten Hag’s contract, which could run up to 2026. United are said to have already agreed to Ten Hag’s ‘demand’ of having the final decision on transfers.

It is said that Ten Hag wants to avoid any repeat of transfer mistakes made by United officials in recent years. An official announcement is not expected to be made until after United’s trip to Liverpool on Tuesday.

Steve McClaren could also be set for a return to Old Trafford as part of Ten Hag’s coaching staff – over 20 years after he left as Sir Alex Ferguson’s assistant. Ten Hag worked as McClaren’s assistant at FC Twente and the pair have had a close working relationship since.

Speaking earlier this month, McClaren gave an insight into how highly he rates Ten Hag as a coach with comparisons made to Ferguson.

“He could see things in the game that nobody else could see, myself included,” McClaren said.

“I have to sit up in the stands to see the patterns of a game, but he could stand on the touchline [and see them]. He always knew the answer to everything, how to change shape, change positions.

“His adjustments in the games — obviously I had worked with Sir Alex, and I used to think that some of his subs and changes were strange, but they always worked. Erik is the same in that respect.”