Manchester United icon Paul Scholes wants Bruno Fernandes dropped by Erik ten Hag for the Red Devils’ Premier League clash with Everton on Sunday. The Portugal international has struggled for form this season and Scholes believes Ten Hag should choose a more conservative midfield ahead of the game at Goodison Park.

United avoided a major shock by coming from behind to beat Greek side Omonia 3-2 in the Europa League on Thursday night. A front three of Anthony Martial, Marcus Rashford and Cristiano Ronaldo impressed following Martial’s introduction – although Ronaldo appeared rusty and missed a couple of excellent chances.

Scholes wants the trio to start against Everton and expects summer signing Casemiro to play in midfield. However, the former England man believes the ex-Real Madrid star will need Scott McTominay and Fred alongside him – and that would leave no room for Fernandes.

“I’ll go with that front three [Martial, Rashford, Ronaldo], at the minute I think they’ll be most dangerous. Ronaldo… Sunday could be a game for him, Martial and Rashford pick themselves after their performance tonight,” Scholes told BT Sport. 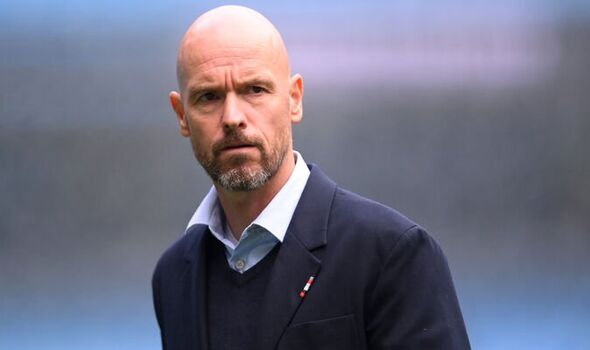 “Again, I come back to the midfield area, that’s the big question. If Casemiro plays, I think they need someone next to him, he played for Real Madrid for so many years, he played in a three all the time.

“He hasn’t got the greatest of legs, but what he does bring is control, composure, relaxed nature, a captain-type, he will need Fred or McTominay with him. The interesting thing will be Eriksen and Bruno what he does with them, he brought Bruno off after an hour, he’s been a little bit ineffective the last few weeks.

“Maybe it will be Casemiro, Fred, McTominay and possibly Eriksen it could be time for Bruno to have rest on Sunday.” 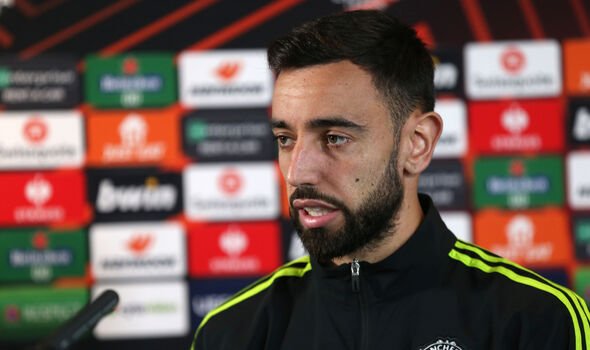 However, Scholes may not get his wish of a front three consisting of Martial, Rashford and Ronaldo. Ten Hag revealed that United are treating Martial’s return to fitness ‘carefully’ after the Frenchman endured a disrupted start to the new season.

The Dutchman said of Martial, who scored in Thursday’s win in a late cameo: “We want to do it really careful because he had a good pre-season. Good, fit, also good impact and last 10 minutes (of the pre-season friendly) against Atletico Madrid he fell out and then he returned against Liverpool, so another injury, that put him far back.

“I cannot force it. I have to do it with a plan, that is what we’re trying to do. It’s quite clear. Happy with his performance – all the subs had a really good impact. That’s what I expect from players on the bench.”