Manchester United took on Chelsea in an FA Cup semi-final at Wembley on Sunday evening but they were well beaten by their opponents. David De Gea made two errors and Express Sport have taken a look at how every star performed for the Red Devils.

This may well have been the end of De Gea as first-choice goalkeeper at Old Trafford after one error and one howler to gift Chelsea a 2-0 lead.

Was the man in the United defence Chelsea targeted and I’m afraid he didn’t pass the test. He has plenty to learn but the potential is there.

Looked the most efficient in defence and bright with the ball at his feet. About the only person in the backline who can hold his head high.

Had his match ended early after two head collisions in quick succession, the second with Harry Maguire. 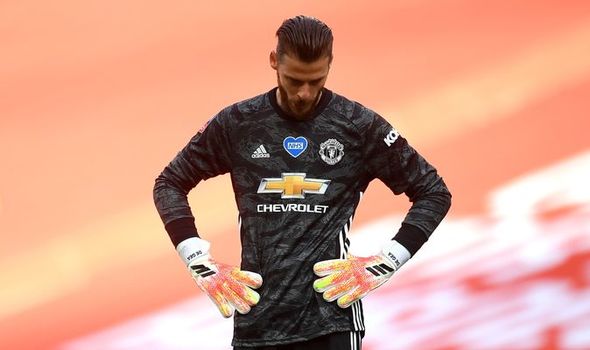 Not a great game for the United captain. That was underlined by a lack of communication with Bailly in a collision which saw his team-mate stretchered off with a head injury. Scored own goal.

Made an unforgiveable error for the second goal against Chelsea but he definitely has potential to challenge Luke Shaw in the future.

Chelsea’s midfield dominated and Nemanja Matic did everything he could almost single-handedly.

Performances like this underline the fact United need to add someone like Jack Grealish to their ranks. Fred has had a decent season but he makes far too many sloppy errors on the ball.

Was at the centre of everything good United did albeit it wasn’t much. The Portuguese needed more help at Wembley.

Looks off the pace and it isn’t a surprise given how little football he has played since the restart. Failed to create much with his team-mates.

Looked lively but needed more suuport going forward. Had a good opportunity at the start of the second half to get his side back into the game. 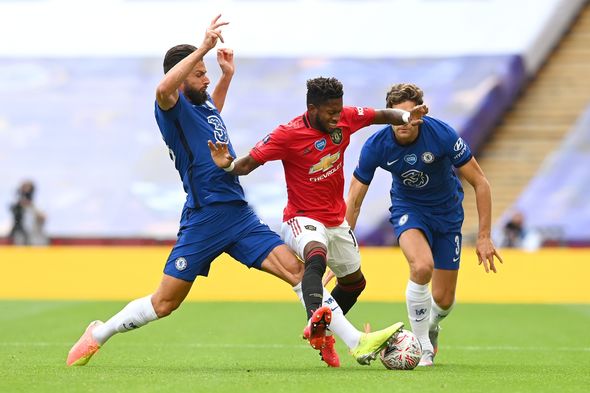 Didn’t get into the game as much as he would have wanted but will be rightly annoyed he didn’t start.

Couldn’t make the difference although he gave the side more energy in the second 45 minutes.

A marked improvement on Fred in the midfield but Chelsea stopped him pulling the strings as much as he would have wanted to.