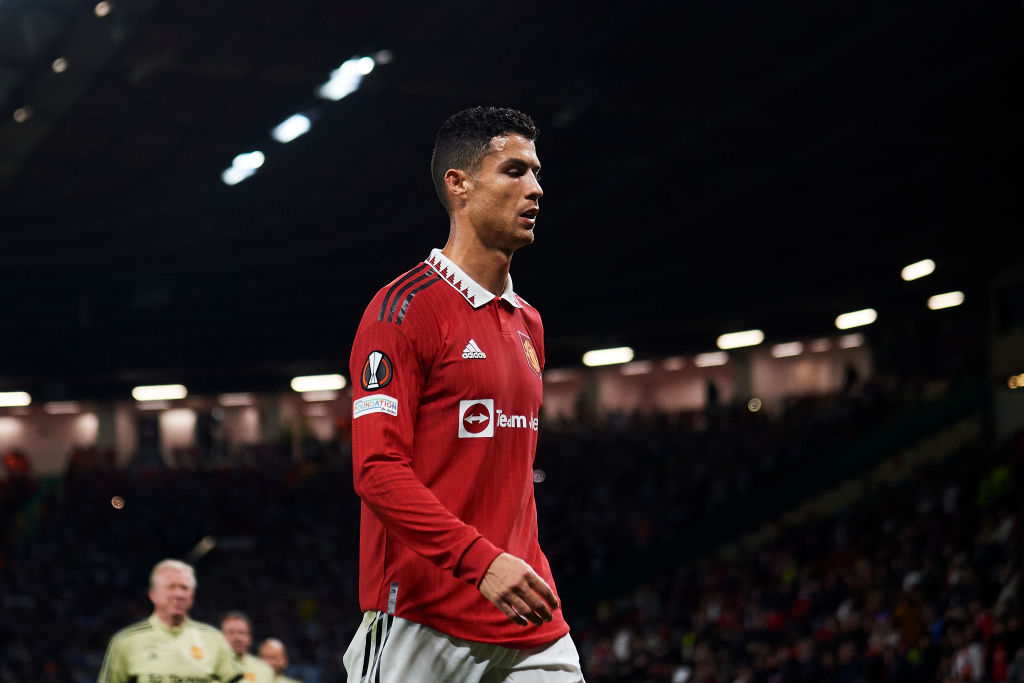 The 37-year-old was eager to leave Old Trafford during the summer with his agent Jorge Mendes reaching out to a number of Europe’s elite clubs to try and engineer a move.

Chelsea, Paris Saint-Germain, Atletico Madrid and Bayern Munich were among the clubs to turn down the chance to sign the Portuguese, however.

Ronaldo missed the club’s entire pre-season campaign and has played a minor role in United’s start to the 2022-23 season. With Anthony Martial picking up early knocks, Marcus Rashford has been tasked with leading the line with Ronaldo starting just one Premier League match this season.

The forward came into the starting XI for Thursday’s Europa League clash against Real Sociedad but endured a frustrating evening as United fell to a 1-0 defeat.

While the veteran remains part of ten Hag’s plans, The Sun report other members of the dressing room are convinced he will once again push for a move when the January transfer window opens – and are still unimpressed with his inability to get up to speed with Erik ten Hag’s new gameplan.

A source told the newspaper: ‘All the players loved it when Ronaldo came back to United last season but they are frustrated he missed pre-season.

‘Ronaldo is not up to speed with that and is relying on instinct when he plays. But that doesn’t work in Ten Hag’s system.

‘He often demands the ball too early in build-up play and drops deep for the ball, but that means when the ball is wide there is no-one in the middle to hit it into.

‘Ten Hag and the rest of the players really rate Ronaldo. But it’s clear that the success they have had this season is from following tactical instruction rather than the individual brilliance they relied on last season.

‘Ronaldo is likely to find himself on the bench again going forward. And he is going to have to get used to scoring a lot less goals because he is only being introduced towards the end of games when Ten Hag has already made changes which make United less attacking.