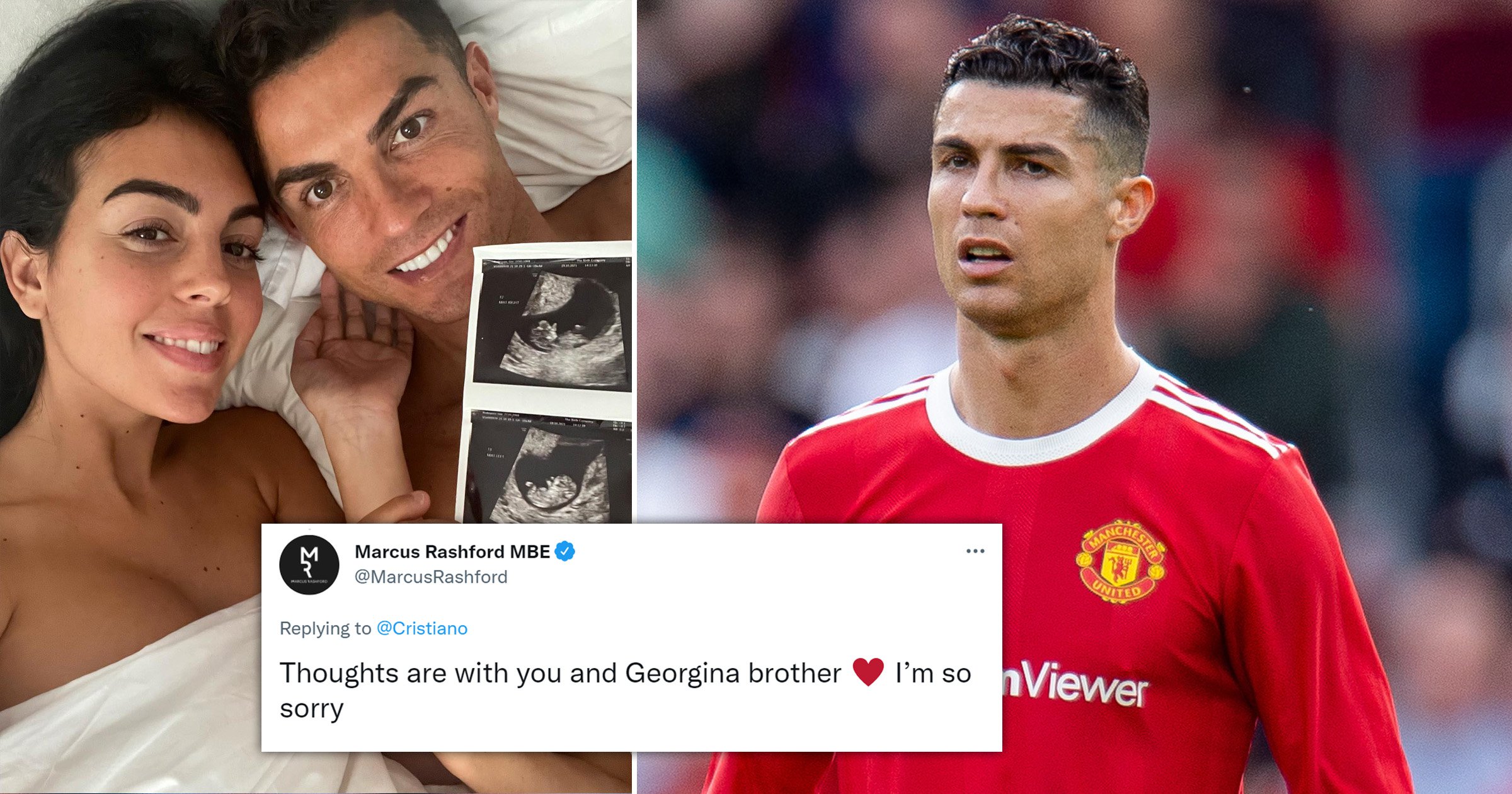 Manchester United players have sent messages of support to Cristiano Ronaldo, with Marcus Rashford saying he is ‘so sorry’ after his teammate announced the death of his baby boy.

Ronaldo and partner Georgina Rodriguez said they had suffered the ‘greatest pain that any parents can feel’ after the heartbreaking loss.

The Portugal legend, 37, and Rodriguez, 28, announced in October they were expecting twins.

Their baby girl survived and the couple said her birth has ‘given us the strength to live this moment with some hope and happiness’.

In a statement on social media, they said: ‘It is with our deepest sadness we have to announce that our baby boy has passed away.

‘Our baby boy, you are our angel. We will always love you.’

The football community has attempted to rally around Ronaldo and this difficult time, with several United players sending messages of support to their teammate.

England international Rashford said: ‘Thoughts are with you and Georgina brother. I’m so sorry.’

Manchester United also released a short statement saying: ‘Your pain is our pain,
Cristiano. Sending love and strength to you and the family at this time.’

United defenders Diogo Dalot and Alex Telles showed their support to Ronaldo with heart emojis, while his former club Real Madrid added: ‘We are deeply saddened. Real Madrid shares in the family’s pain and wishes to send them all of our warmth.’

Your pain is our pain, @Cristiano ð

Sending love and strength to you and the family at this time. https://t.co/24oyEV8CQi