Manchester United have their sights set on a number of players going in the summer transfer window, including Jadon Sancho and Erling Haaland – who they tried to sign last year. But Ole Gunnar Solskjaer should convince Ed Woodward to get his chequebook out for Aston Villa star Jack Grealish.

United should give up their pursuits over Jadon Sancho and Erling Haaland and concentrate their financial might on Aston Villa star Jack Grealish.

The 25-year-old has proved this season he is ready to take the next step in his career and make the move to a huge club.

After single-handedly keeping Villa up last year, his boyhood club have flourished with him at the centre of it.

They are eighth in the Premier League, and if they win their games in hand they will leapfrog the champions Liverpool into sixth. 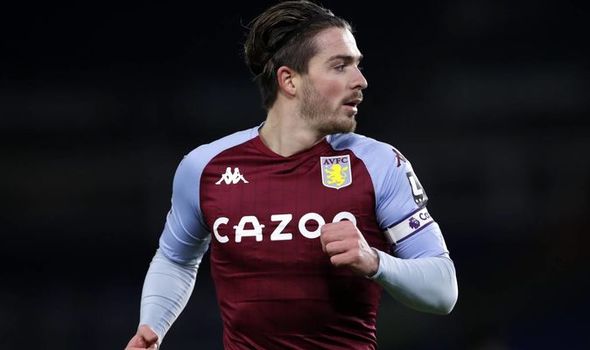 It means European football is very much on the horizon – a remarkable achievement for a club on the verge of relegation less than seven months ago.

United came calling last season only to be knocked back by Villa, who also signed Grealish to a new contract.

Ole Gunnar Solskjaer is a huge fan of the England international – who impressed Gareth Southgate enough to bring him in after initially shutting him out.

Grealish was open to the idea of signing for the Red Devils to aid his career with the Three Lions and eye the biggest prizes in football.

But there is no question that the playmaker would be no passenger at Old Trafford – he would be a bonafide star.

Six goals and 10 assists in 22 appearances is incredible in the Premier League but that does not do him justice – he is England’s most talented player with the ball at his feet.

It could be argued that Sancho or Haaland would improve United – but not more than Grealish – who knows exactly how English football works.

Both Borussia Dortmund stars are in the midst of great seasons but the Bundesliga can be deceptive – just ask Chelsea how Timo Werner and Kai Havertz are getting on. 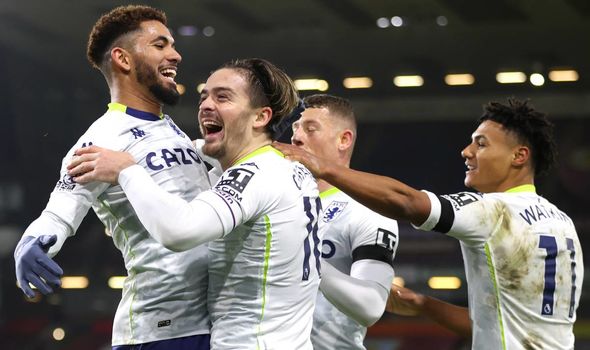 There may be some question marks over Grealish’s discipline but that would only add to his United repertoire, if Solskjaer can harness that cockiness then you could be looking at an iconic player at Old Trafford.

He is the kind of player the opposition hates but the fans love – he gets fouled more than anyone else and he loves to skin defenders.

When the Theatre of Dreams reopens, onlookers will never be sat down when Grealish has the ball at his feet.

United have not won the Premier League since 2013 – this talented maverick could be the man to end that wait.