Manchester United star Bruno Fernandes can solve Ole Gunnar Solskjaer’s worries over who’s the club’s penalty taker, pundit Garth Crooks claims. The Red Devils have been poor from the spot this season, with United missing four penalties. Paul Pogba, Marcus Rashford and Anthony Martial have all missed a spot kick this time out.

United’s January signing Fernandes stepped up during the Red Devils’ 3-0 win against Watford, with the Portugal international sending Ben Foster the wrong way.

Fernandes’ unusual run up, similar to that of Chelsea’s Jorginho, was hailed by United fans.

And Crooks hailed Fernandes after United beat Watford, insisting the midfielder can be their new penalty taker.

“This lad [Fernandes] looked good on his Premier League debut, but to be taking Manchester United’s penalties so early in his career at Old Trafford is a statement in itself,” he wrote in his BBC Sport column. 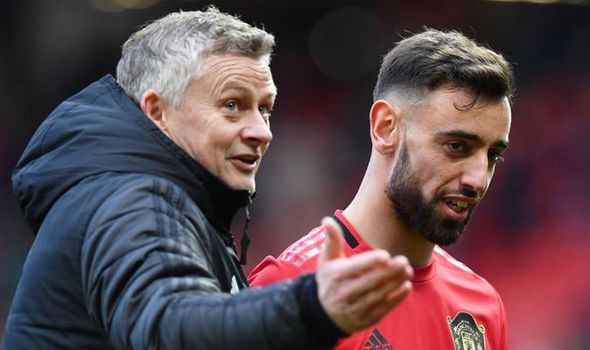 “Since the injury to striker Rashford and the prolonged absence of midfielder Paul Pogba, United have had problems with penalty-takers, but Fernandes could be the answer.

“There is also a developing relationship between Fernandes and the fans, which is hardly surprising. They know a top-class player when they see one.”

Fernandes also chipped in with two assists in United’s win against Watford as the Portugal star played a part in all three goals.

Solskjaer hailed his January signing after the win, claiming Fernandes is a mix between former United midfielders Paul Scholes and Juan Sebastian Veron. 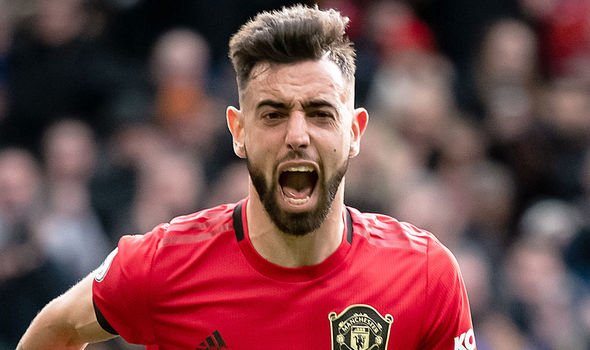 He said in his post-match press conference: “He has come in and given everyone a big boost, not just the team, but the supporters too.

“He felt from the first minute like a big personality in our group.

“He was confident straight away and is like a mix of Scholes and Veron.

“Bruno Fernandes is quicker than he looks. Very excited by having him in.

“He has come in, given everyone a boost and wants to conduct a game. There are big games coming up now.”

Fernandes was vocal after United’s victory at Old Trafford, revealing he needs to continue scoring.

“We all gave our best and we all deserved the win. I just need to help the team, it’s what I want to do, it’s what I need to do.

“I hope [Anthony] Martial scores more goals too like he did tonight.”

Barcelona appoint Joan Laporta as president for the second time